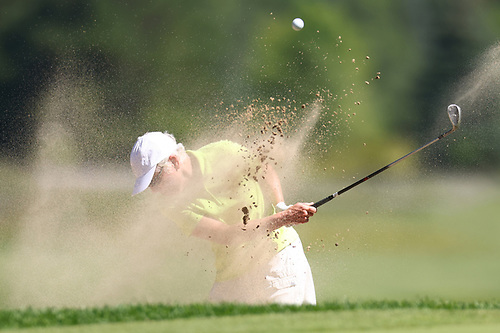 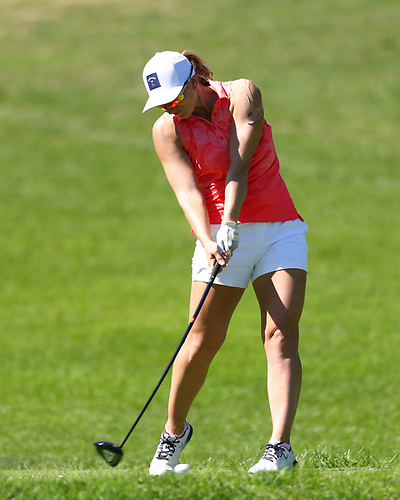 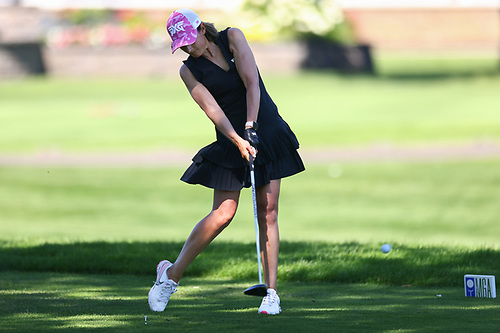 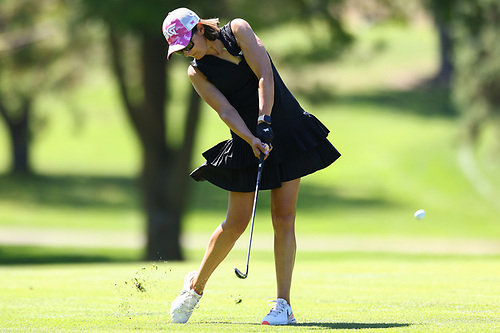 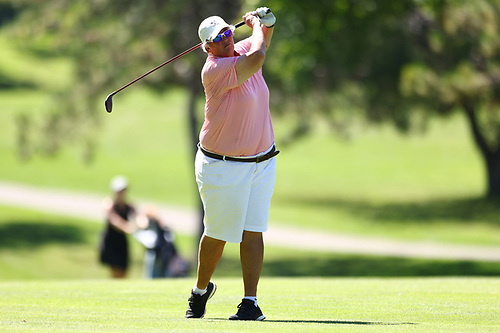 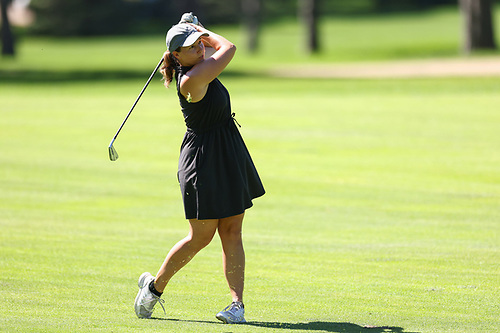 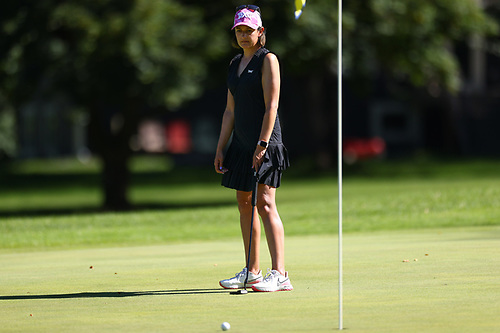 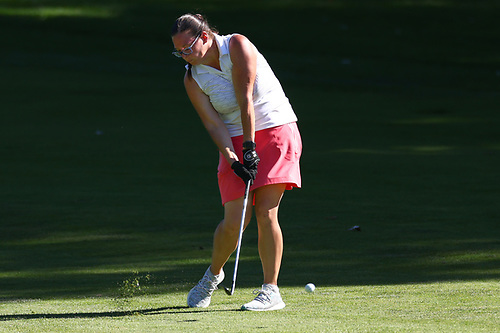 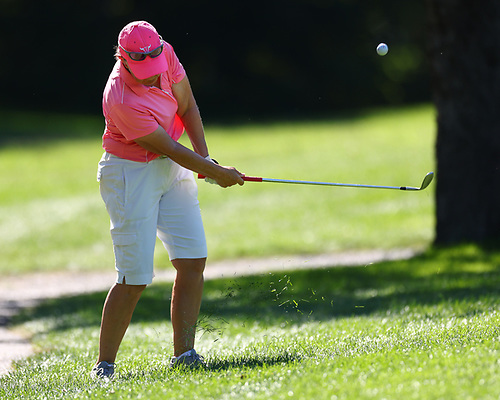 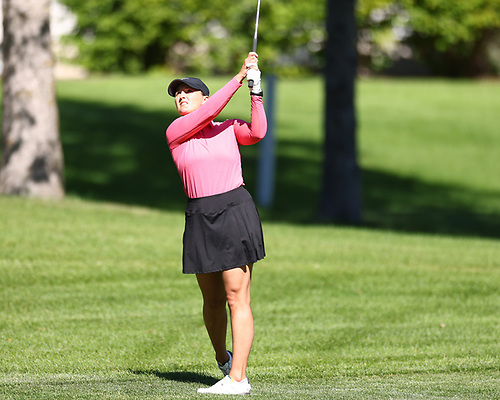 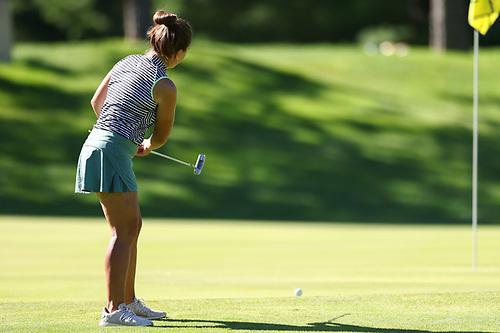 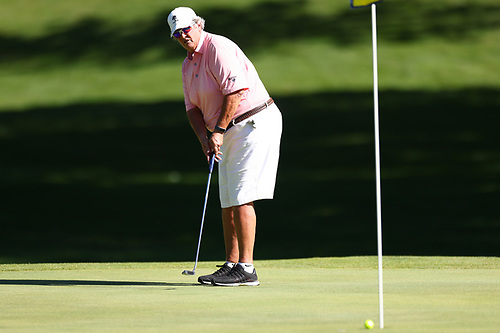 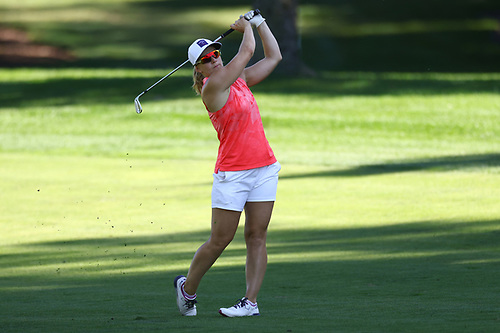 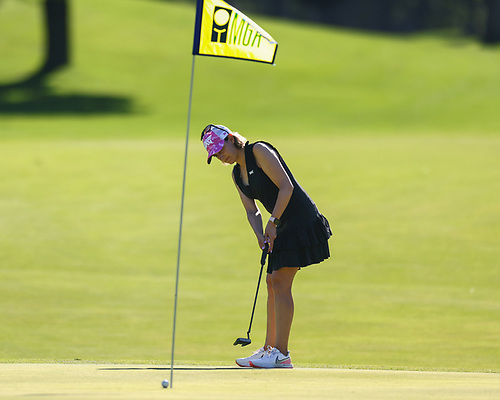 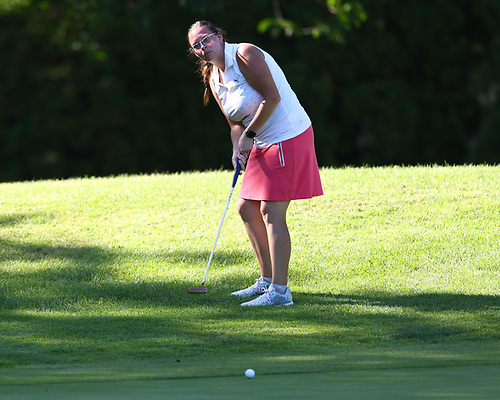 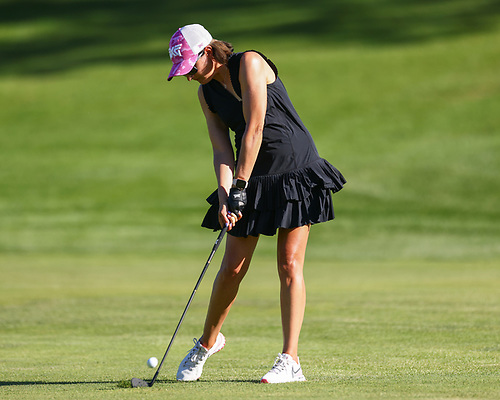 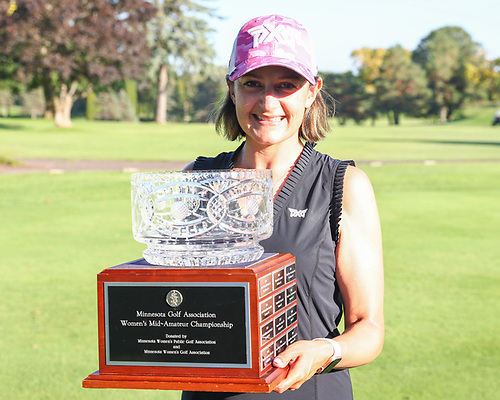 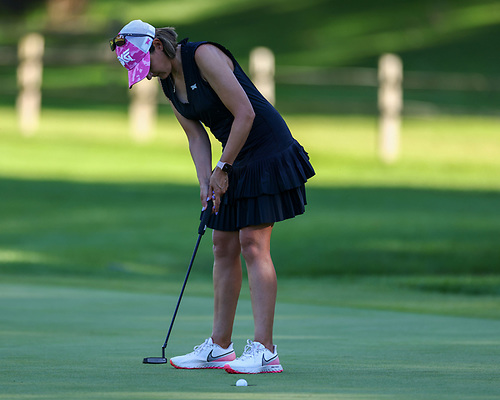 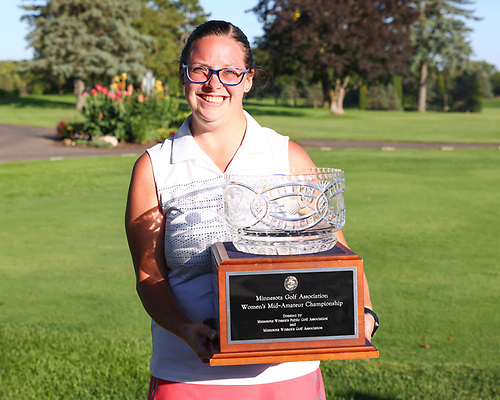 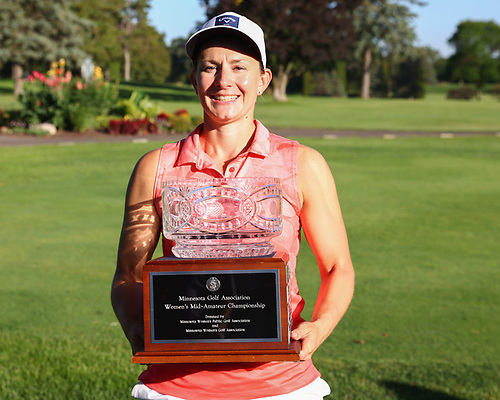 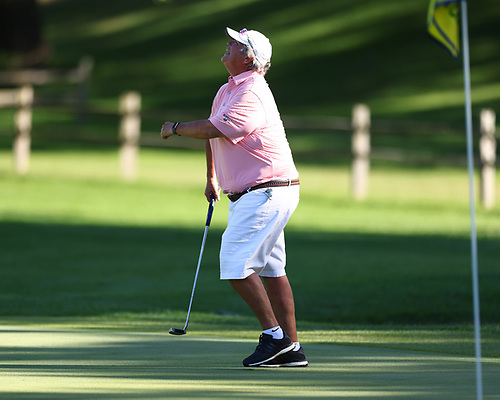 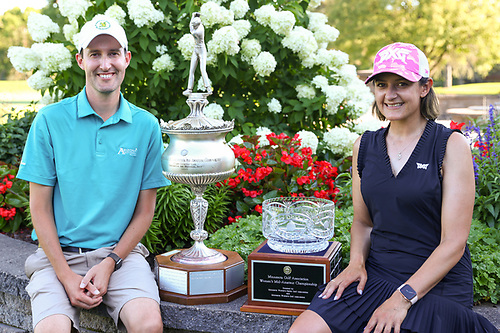 Acharya moves within two wins of Klasse’s all-time mark for most wins in tournament history, playing in the event for only the fifth time this week.

“My goal was to go out, have fun and take it one shot at a time,” Acharya said following her win Thursday. “I just grinded all day. I guess both the last two days have felt a little bit off. I hung in there and kept everything in front of me.

“I always love competing—sometimes I feel more ready than others, I guess. Once I get out here, the juices start flowing again and I love being in the moment. It’s special and I’m blessed to even be able to play this week.”

The 38-year-old Acharya carded two bogeys over her first four holes to begin the final round Thursday, before finding her footing with her first birdie of the round at the par-5 fifth.

Taking a step back with a bogey at the sixth, Acharya made the turn tied with Klasse at 2-over for the championship.

Acharya watched her lead slip away following three consecutive bogeys beginning at the 14th, but she pulled even with Klasse by sinking her birdie chance from 15 feet at the 17th.

Left with a short birdie putt to close out the championship, Acharya was unable to convert her birdie putt and finished regulation tied with Klasse at 4-over 148.

Narrowly missing her birdie chance on the first playoff hole, Acharya wedged her approach inside of four feet at the second hole and rolled in her birdie to collect her first win of the season.

Acharya, a regional sales manager at PXG, finished runner-up at three of her first four state events beginning at the Women’s Mid-Amateur in 2018 at Legends Club.

She fell to Kate Smith in a playoff at the Minnesota Women’s State Open at Southview Country Club in 2019 before winning the rain-shortened Women’s Mid-Amateur at Bearpath Golf and Country Club later that season.

Tied for the lead entering the final round of the 2020 championship at Northland Country Club, Acharya fired a 75 for the second consecutive round to earn a three-stroke victory and successfully defend her title.

Entering the final round of last season’s championship four strokes off the lead at Hastings Golf Club, Acharya cruised to a five-stroke victory with a 72 on the final day.

With her runner-up finish Thursday, Klasse is denied her first win at the championship since 2011, but still holds the tournament record with her six victories (2004-08, 2011).

“I hit the ball really well today, but made nothing,” Klasse said. “I hit so many edges—even the last two holes in the playoff. I had a lot of great opportunities. “I kind of wanted to win this—it wasn’t expected. At least I gave [Acharya] a battle.”

Klasse managed to stay even with Acharya after nine holes by carding one bogey, turning in 2-over for the tournament, and would tally two more bogeys over her final nine holes to shoot 3-over 75.

During the playoff, Klasse couldn’t convert her birdie chance from 10 feet on the first hole before nearly sinking a 20-footer for birdie at the second.

The 62-year-old Klasse can take solace in the fact that after her string of 10 straight MGA Senior Women’s Player of the Year awards was snapped in 2019, the former University of Minnesota golfer is back on top of the points race for an 11th time.

Klasse is also a four-time MGA Women’s Player of the Year winner.

Following her opening-round 76 with a 5-over 77 Thursday, two-time champion Olivia Herrick finished in third place, posting a 9-over 153, while 2000 champion Lynn Anderson placed fourth at 13-over 157.

In the First Flight, Anna Drahos took a two-stroke lead to Thursday’s final round over Lisa Lawry, and carded an 8-over 80 during the final round to earn a wire-to-wire victory at 13-over 157.

Amanda Northwick erased a slim deficit during the final round by shooting a 12-over 90 to earn a four-stroke victory over Wenmei Qi in the Second Flight. Northwick finished at 34-over 178.