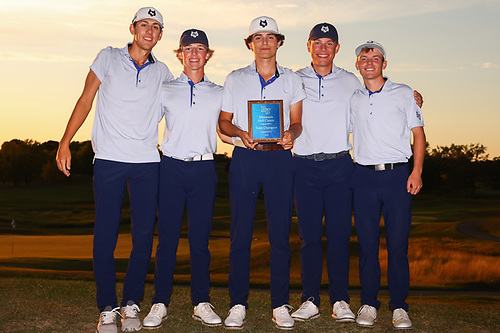 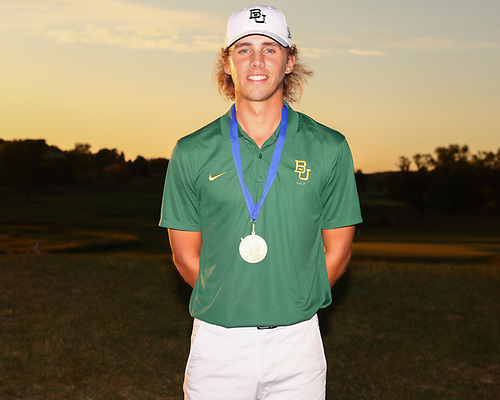 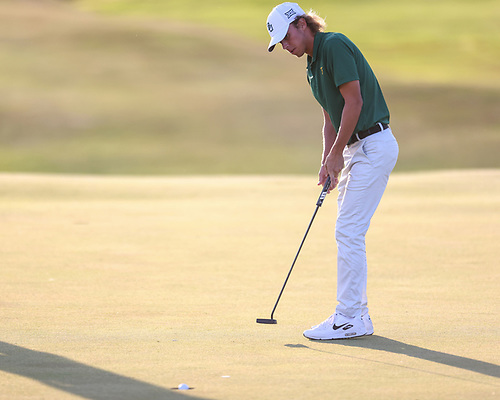 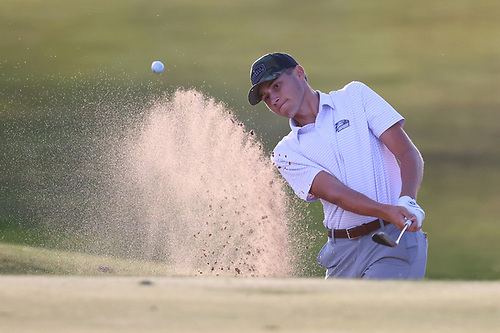 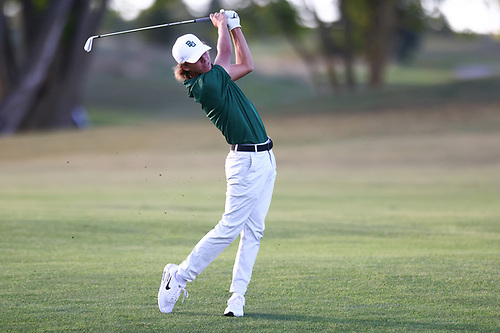 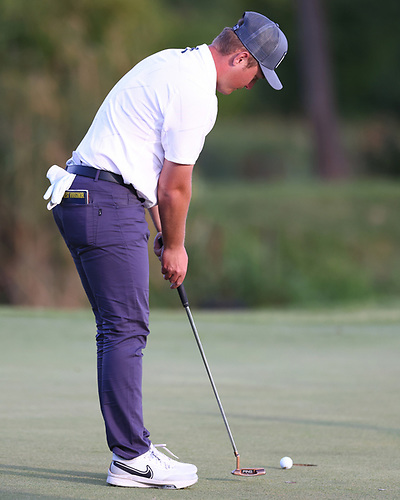 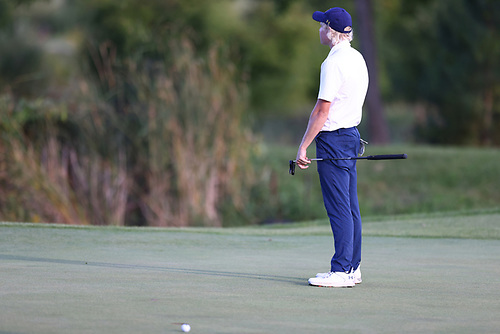 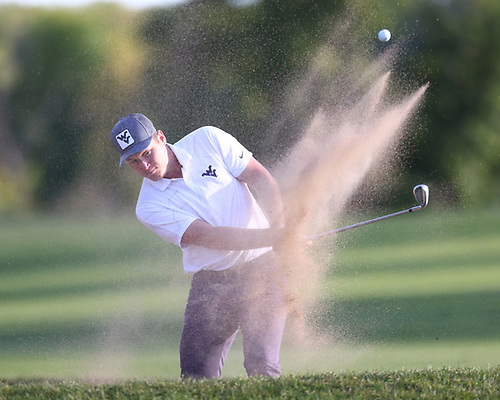 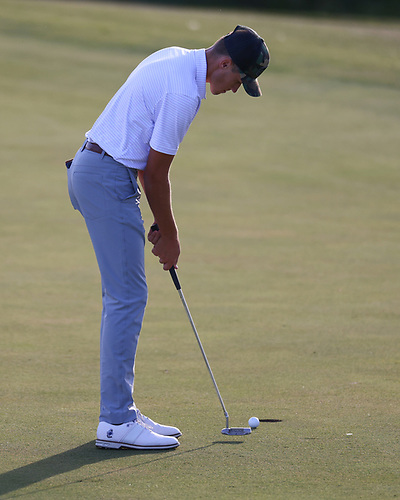 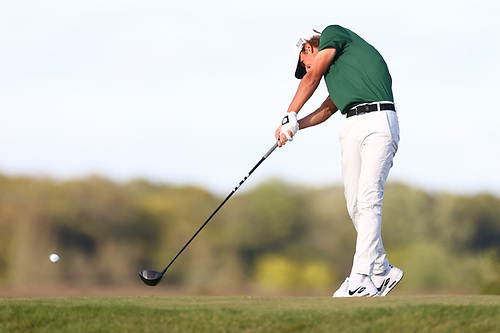 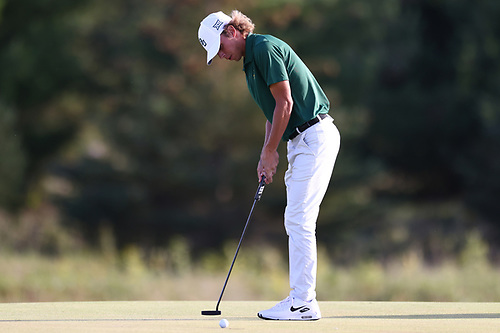 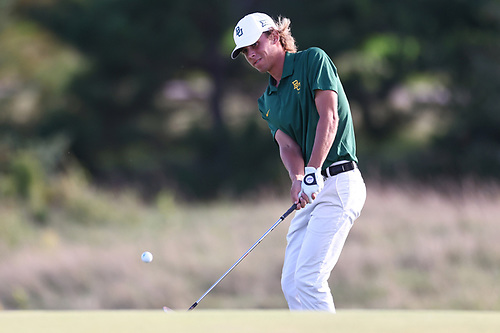 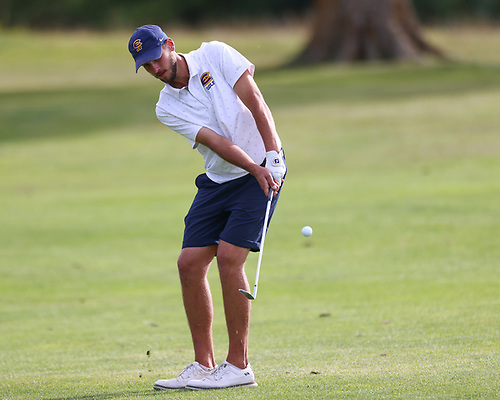 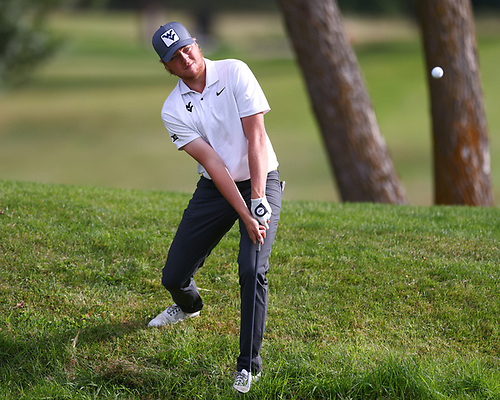 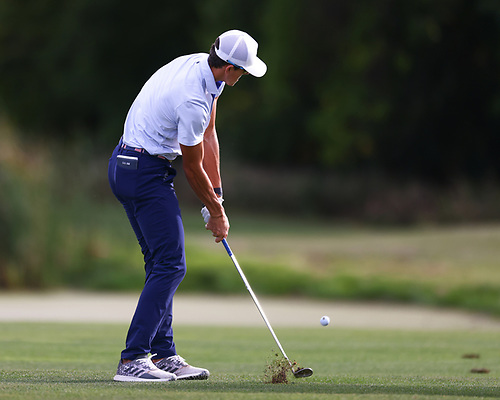 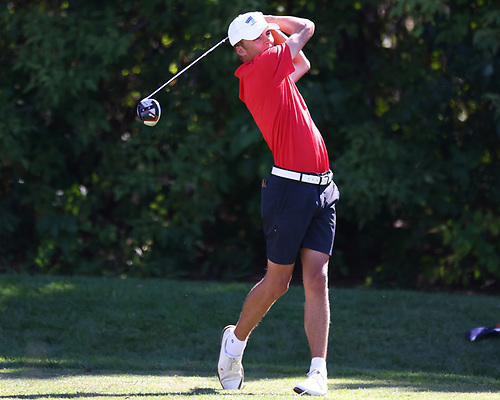 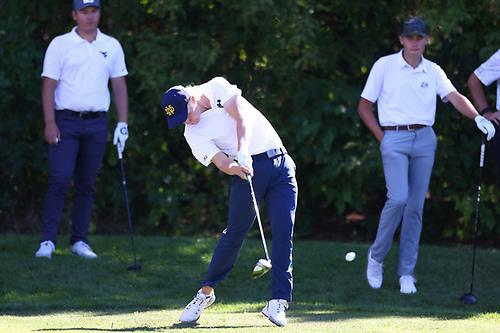 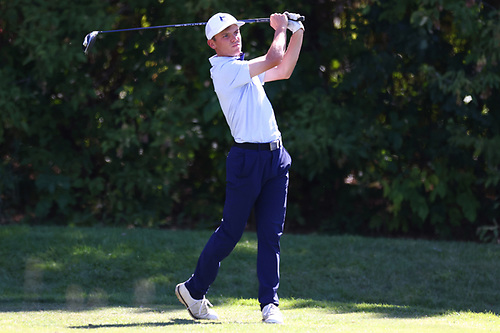 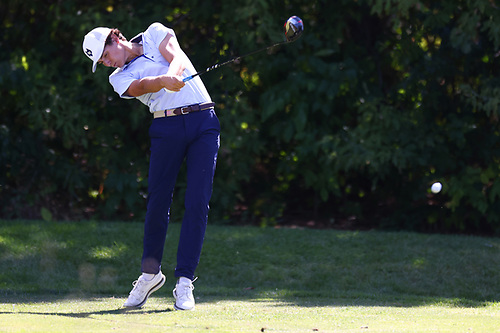 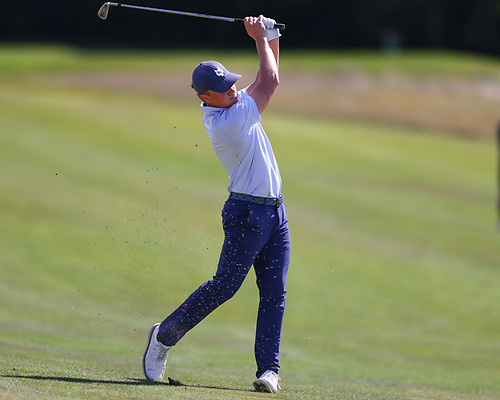 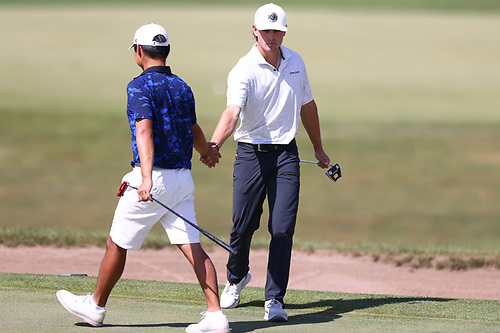 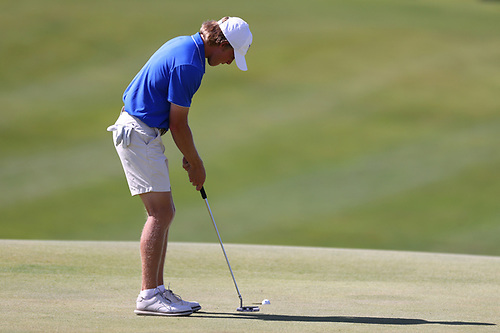 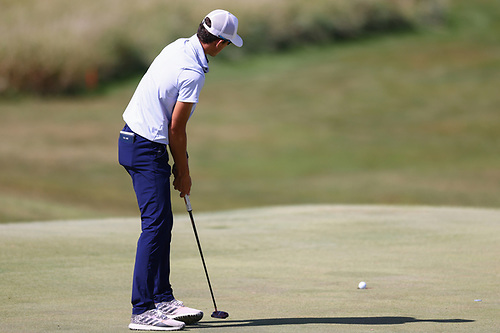 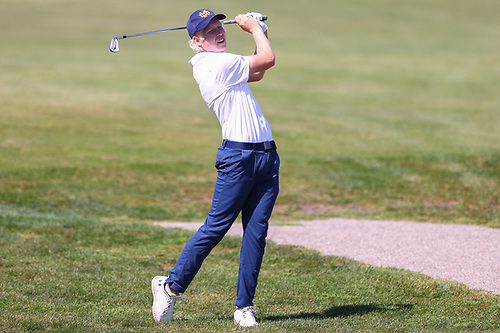 MAPLE PLAIN -- They had a shotgun start on Saturday in first round of the Minnesota Golf Classic, and Wisconsin-Eau Claire's Cole Jahnke began his day on the second hole at Pioneer Creek GC. Ten holes later, he was 1 over par. But the senior from Stillwater made two eagles and two birdies in the next seven holes, plus two pars and a bogey, and he capped off the round with a par at the first hole.

All of which worked out to a 4-under 68, and Jahnke, a 2022 Division III All-American, is tied for the lead with three Division I players -- Kurtis Grant IWest Virginia), Angelo Marcon (Notre Dame) and Hayden Carner (Georgia Southern).

You could think of Grant, Macron and Carner as being on loan from another tournament that will be going on Sunday and Monday -- the Gopher Invitational at Windsong Farm -- because all three of their teams will be playing there. But the three of them are playing as individuals only at Pioneer Creek in the Classic.

Trey Bosco of Baylor is one shot behind, at 69, in a three-way tie for fifth, along with Zach Sokolosky of Kansas and Conor Schubring of Bethel.

Baylor is another of the teams in the Gopher Invitational (so is Kansas), but the Bears brought three extra players to Minnesota. All three are in the top 15 so far. In addition to Bosco in the fifth-place tie at 69, his teammates Jonas Appel and Sam Dossey are tied for eighth with 70s. If Baylor had a fourth player in the tournament, and he had shot 73 or better on Saturday, the Bears would be leading the team standings

As it is, Bethel is in first place with a total of 283 (5 under) going into Sunday's final two rounds. Luther is second, nine behind at 292. Gustavus Adolphus is third at 296, and defending champion St. John's is fourth at 298. Eau Claire is another two back at 300, in fifth place, just ahead of Carleton at 301.

St. John's won the Augsburg Invitational last week at Majestic Oaks. It was the season-opening tournament for many of the teams in the field this week. Schubring was a co-leader after the first round with a 71, and he ended up being the the medalist with a 142 (2 under) for 36 holes. He would have been the first-round leader again at Pioneer Creek -- if he hadn't made a double-bogey 7 on the 573-yard, par-5 18th hole, which was his last on Saturday.