From Mozart to Massachusetts, Doing Is Medalist in U.S. Senior Am Qualifier 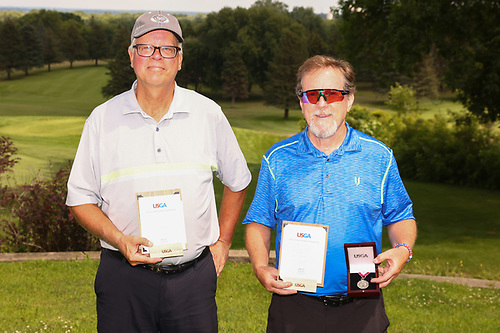 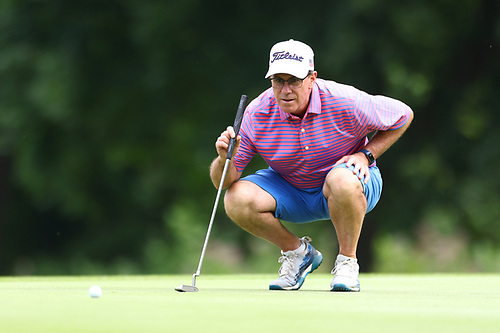 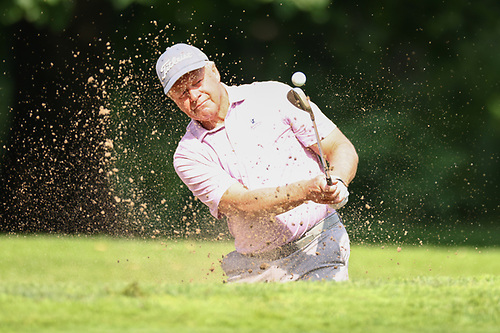 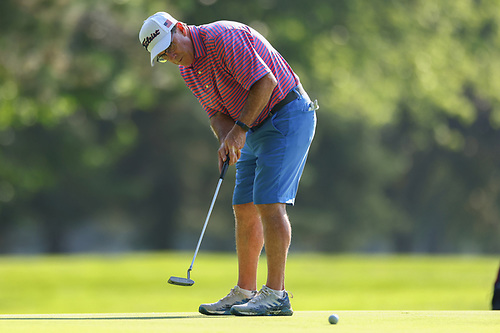 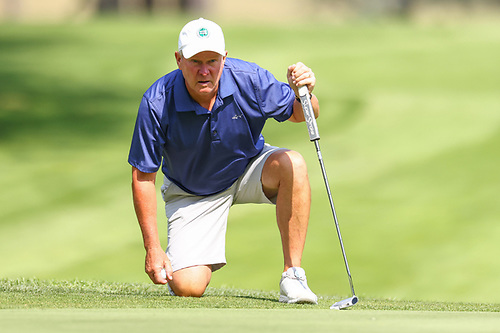 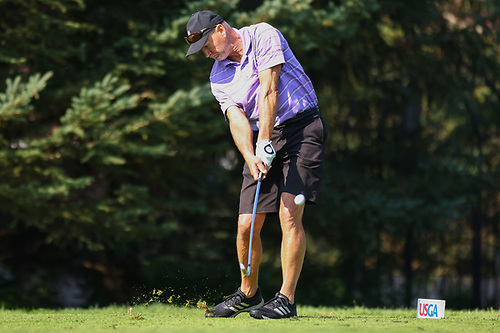 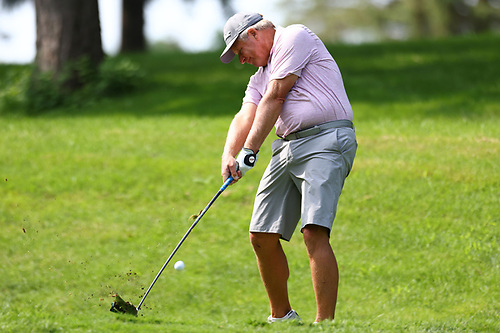 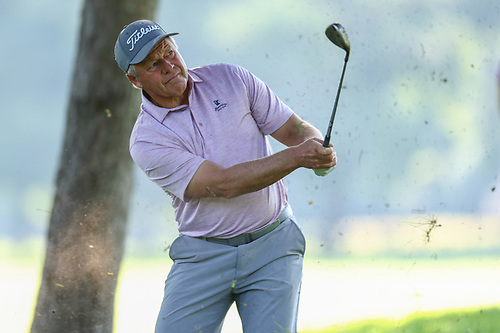 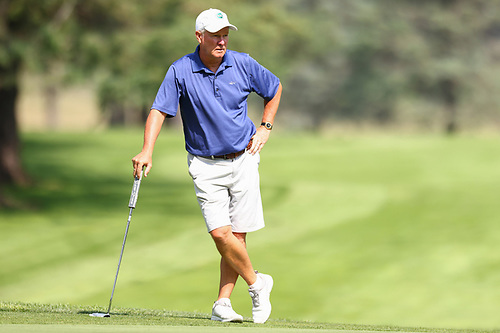 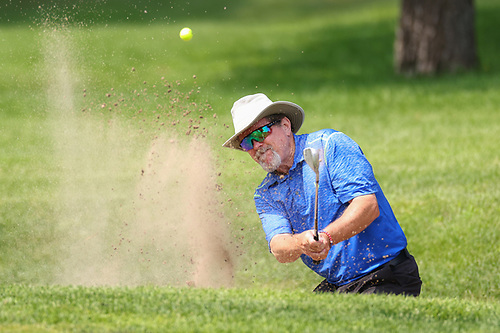 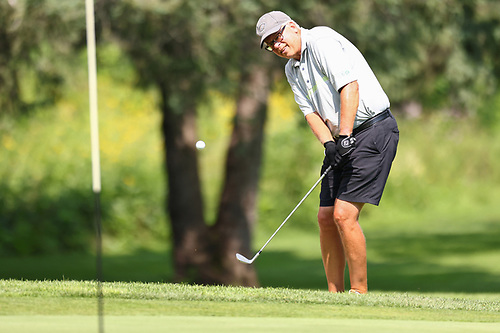 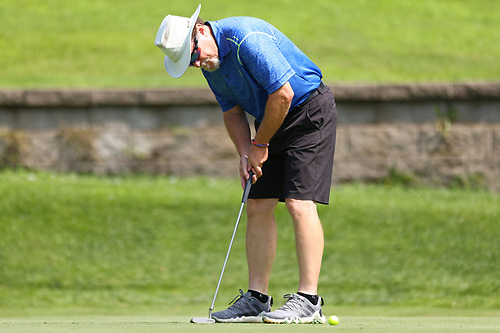 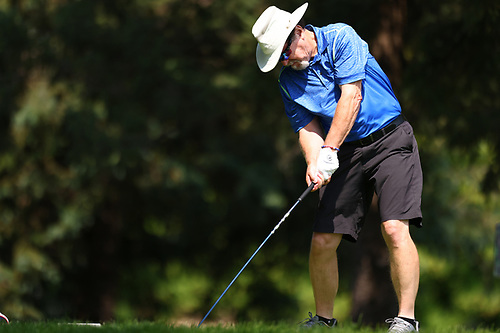 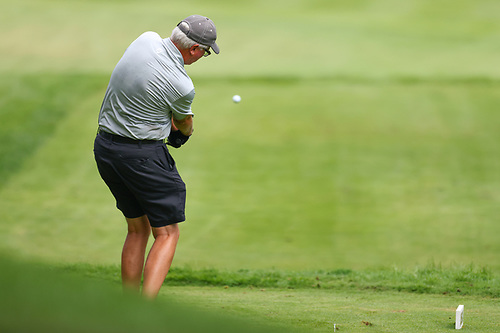 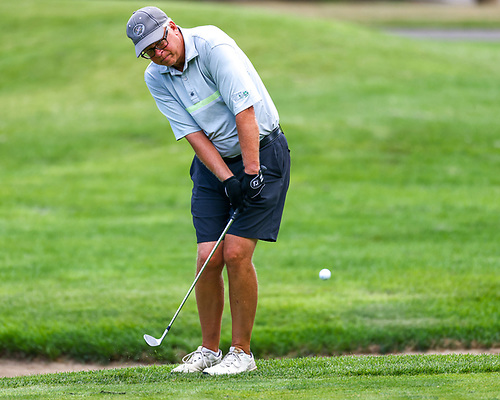 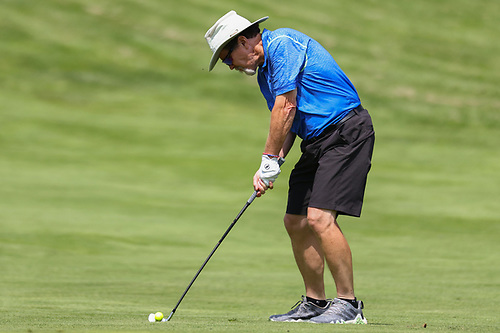 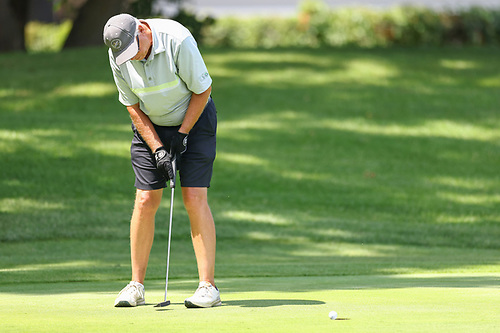 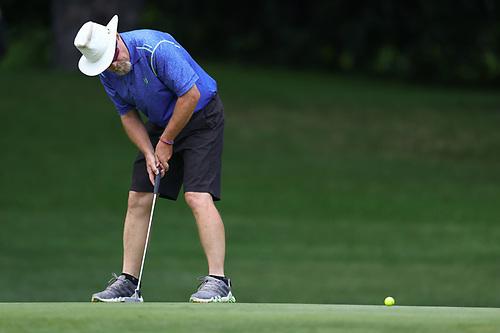 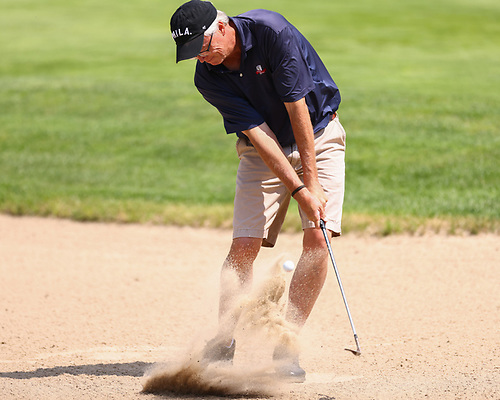 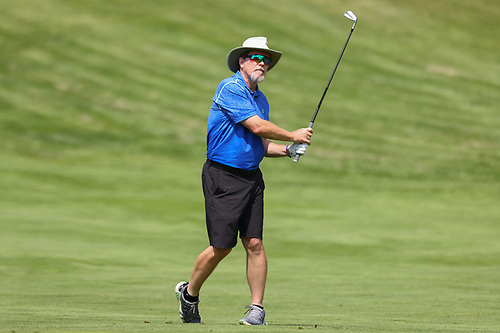 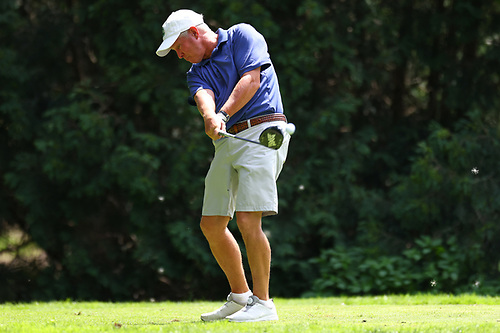 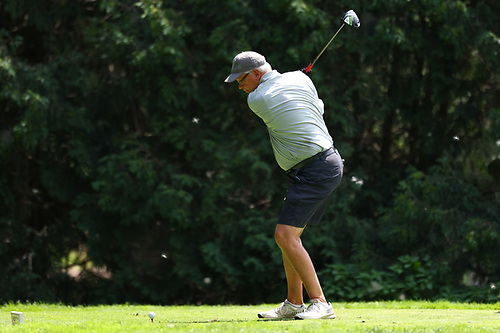 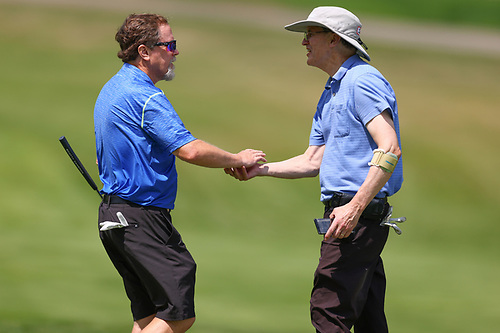 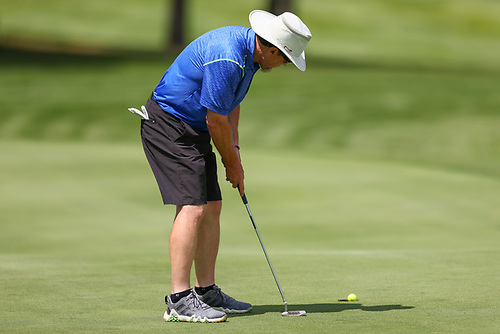 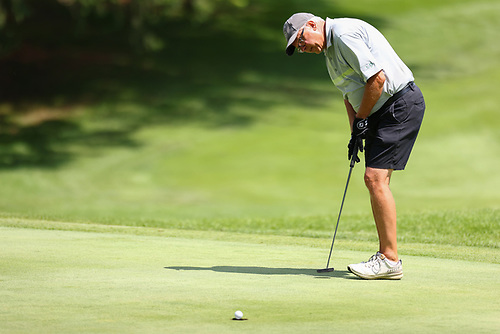 HASTINGS -- Here's one you don't hear every day: The guy who turned in the best score on Wednesday during the 2022 U.S. Senior Amateur Qualifying at Hastings Golf Club was an opera singer.

Jim Doing, a 62-year-old opera singer and teacher -- who also spent six years trying to make it onto the Champions Tour -- got off to a great start. He was  3 under par after eight holes. But after a couple of miscues on the back nine, he had to hang on just to avoid a playoff. He came up with clutch pars on the last two holes and finished with a 2-over 74, and that was good enough to earn medalist honors.

This is the second year in a row that he's made it to the Senior Am. Last year, he got through the stroke-play portion of the tournament and played the defending champion, Bob Royak, in the first round. (Royak had won in 2019, and there was no tournament in 2020, a result of the Covid 19 pandemic.) Doing was 1 under and 2 up after seven holes, but lost the next three in a row. Royak won the 15th hole with a par, then birdied the 16th and 17th holes to win 3&1.

Rick Frieburg, the 2019 Minnesota Senior Public Links champion (one of five state titles on his resume), is one of the few seniors who hit a golf ball far enough to feel at home in competition with the 20- and 30-somethings. He did not, however, take advantage of his length on Hastings' four par 5's during his round. Surprisingly, he was 3 over on the 5's while shooting 75.

But he came up with a birdie on the 482-yard, par-5 16th hole in a playoff with Dave Haslerud, a former State Senior Amateur winner (2017) and half of the two-time defending State Senior Four-Ball champions (along with Matt Yeager). And with that, Frieburg claimed the second available spot in this year's U.S. Senior Amateur, which will be played Aug. 27 through Sept. 1 at The Kittansett Club in Marion, Mass.

"I didn't want to be over there again in the playoff," he said afterward. "So I overdid it, and hit my tee shot into the trees on the right. I caught one of the trees with my second shot and wound up with a really ugly lie. I was going to hit a gap wedge. Then I looked at the lie again. The ball was above my feet, and in the the rough. So I switched to my pitching wedge, and I'm glad I did. I hit the best wedge shot I've hit in a long time."

So Haselrud is the first alternate.

That's a position he's been in before. In 2017, when the Senior Am was played at Minikahda, Haslerud was the first alternate from a qualifier at Wayzata CC.

"I was at Minikahda for eight hours hoping to get into the tournament," he remembered. "But I never did. I spent a lot of hours in my car that day, and if I had gotten in, I don't know if I could have made anything resembling a decent golf swing, after all that time sitting around."

There were three players tied for fourth at 76 -- Jerry Rose, Bob Neuberger, and Colin Bork -- and they played off for second alternate. That playoff went five holes, and Rose, a four-time MGA Senior Player of the Year, ended it by making a 50-foot birdie putt at the 210-yard, par-3 17th hole.

As for Doing, his golfing background has a fairly large hole in it -- a 17-year hole.

He played high school golf, but gave the game up when he started school at the University of Conneciticut, where he was in the American Guild of Musical Artists young artist apprenticeship program. From there, he was invited to join the Netherlands Opera Studio, and he spent 11 years in Holland, specializing in the operas of Mozart. He performed in Holland and elsewhere in Europe, in places such as Paris, Brussels and Stuttgard. During that time, he also came to the United States occasionally, for engagements in cities such as Brooklyn, Chicago, Cleveland, Milwaukee, St. Louis and Santa Fe.

In 1995, however, he and his wife and their five children returned to the United States full-time, and he became an Assistant Professor of Voice and Director of Opera at the University of Missouri-Columbia.

"Basically, I had summers off," he said, "and I took up golf again."

After qualifying for the Mid-Am, he thought he might be good enough to play on the Champions Tour. So in the fall of '09, when he was 49, he took his first shot at the senior tour's Q-School, which would have given him status for the following year, when he would be 50. (To play on the Champions Tour, you have to be 50. To play in USGA events, you have to be 55.) He never made it past Q-School, however, and played in senior tournaments wherever he could find them.

"There aren't a lot of tournaments for seniors," he lamented. "I played on the Sunbelt Tour (in Florida, Georgia and the Carolinas). Basically, you were playing for your own money there. I shot 5 under and finished third in one of those things, and I lost money. But I played with some really good players, guys who won had on the PGA Tour, like Mike Reid and Danny Edwards. Eventually, I realized they were just better than I was."

But he still wanted to test himself against really good tournament players. So after six years as a pro, he applied to get his amateur status back.

Last year, he was the medalist in the U.S. Senior qualifier at Blackhawk CC in Janesville, with a 1-under 71. He would have tried to qualify in Wisconsin again this year, except for a schedule conflict. The qualifying over there is Thursday, the same day that the Madison City Championship starts.

"That's one of my favorite tournaments," Doing said of Madison City.

Coming to Hastings required a 275-mile drive, but Doing made it worth the effort.

"From the fairway," he pointed out. "That was when I started to get nervous. But I looked at the scores (on his phone), and I saw that I was still leading -- by three."

"I played that hole (the 16th) about as well as I could play it," Doing said. "But I just kind of babied my first putt down the slope, and I ended up three-putting the green for the bogey. So much for my cushion. I was really nervous then, because the 17th hole is tough. It's 210 yards, and you could bogey that one in a heart beat."

But Doing parred it, and then hit his approach to within 30 feet of the pin at the 340-yard, par-4 18th. His first putt didn't break as much as he thought it would, and he was left with a 3-footer for his par, but he made it.

Final results (top two finishers qualify for the U.S. Senior Amateur, which will be played at The Kittansett Club in Marion, Mass., Aug. 27-Sept. 1)