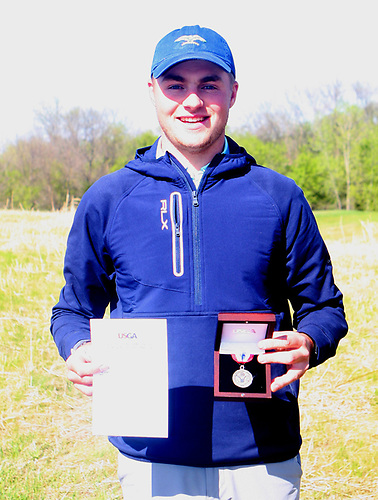 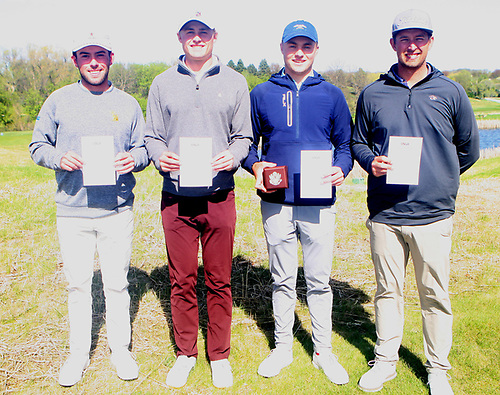 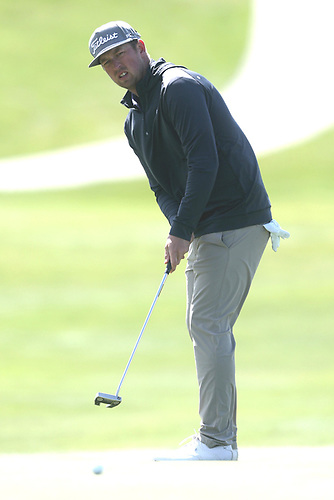 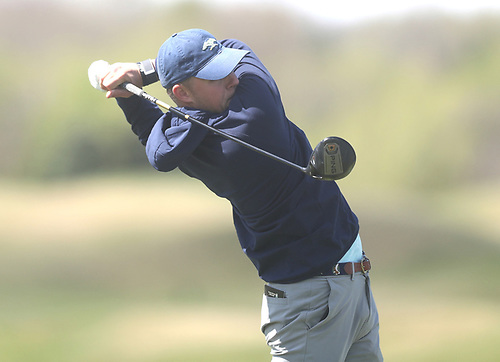 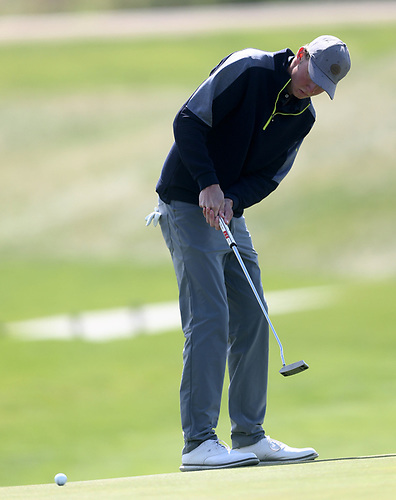 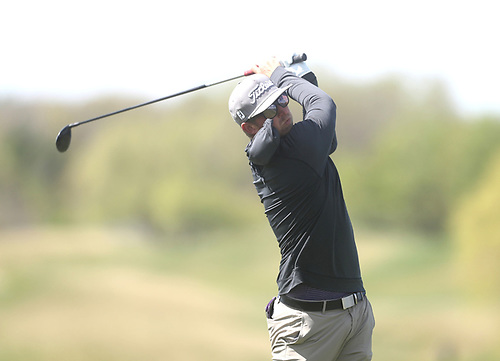 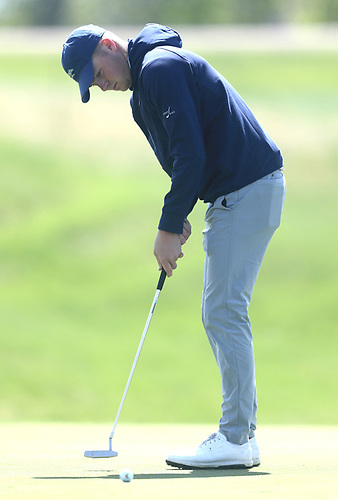 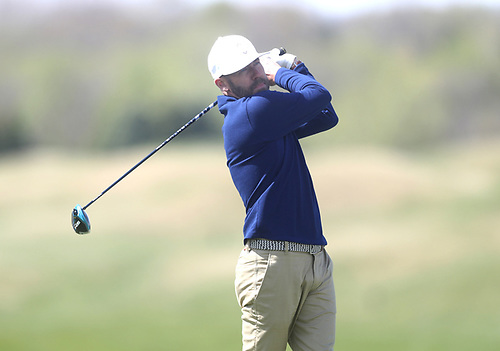 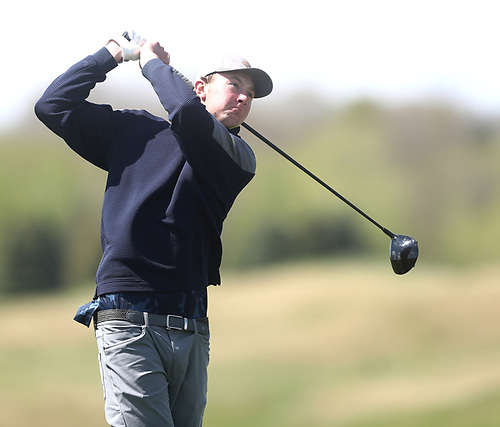 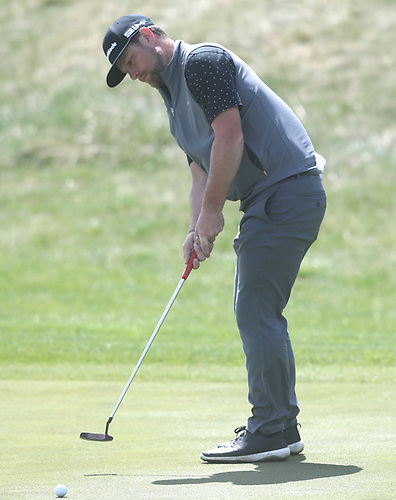 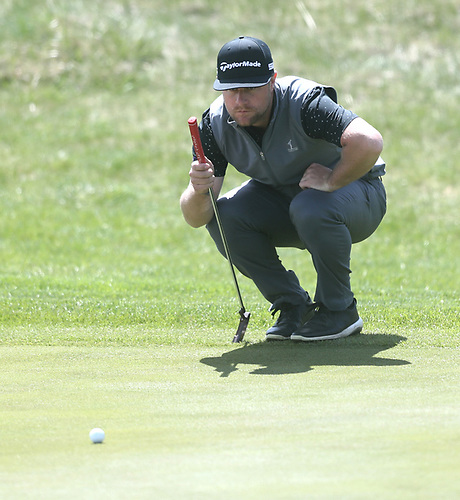 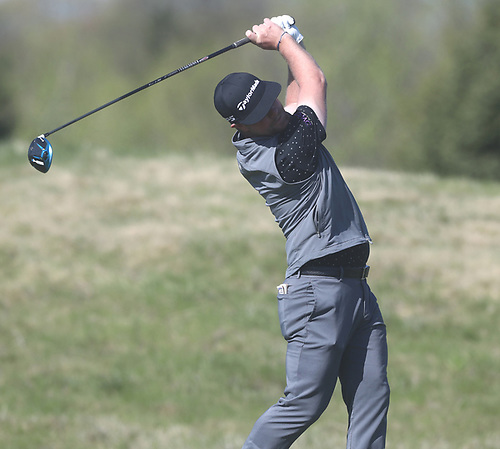 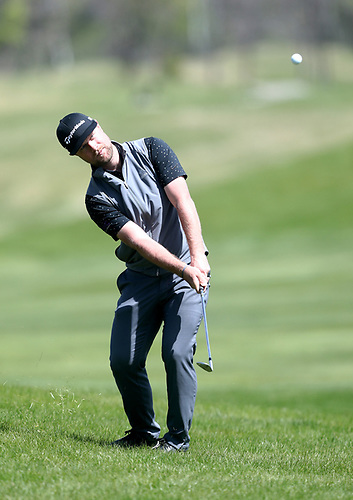 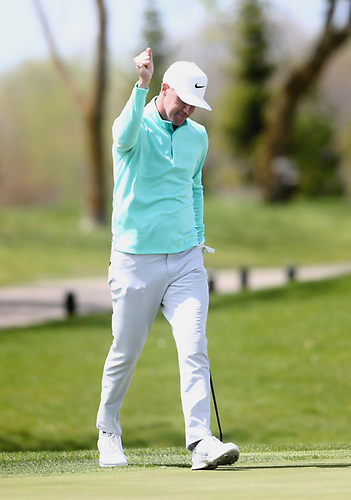 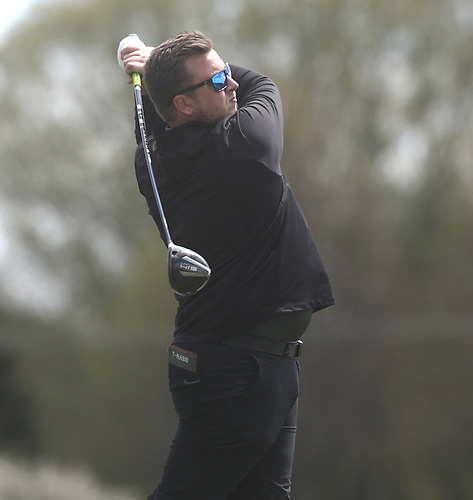 
PRIOR LAKE, Minn. – University of Minnesota golfers Thomas Longbella, Lincoln Johnson and Connor Glynn have logged a lot of time together on the golf course. The three spend even more time together off the course as roommates in a house in Dinkytown.

On Tuesday, the three were up early and left together, hoping to claim one of four spots at U.S Open Local Qualifying at the Legends Club, and after several hours on the course, the three headed home with tickets to the second stage of qualifying—together.

Johnson fired a 6-under par 66 to earn medalist honors, while Longbella, Glynn and professional Ross Miller each finished tied for second at 2-under par 70 to advance to the second stage, one step closer to competing national championship next month at Torrey Pines Golf Course in San Diego.

“We’re all really close, so it’s pretty special,” Johnson said Tuesday. “For me this is another great opportunity and learning experience at the sectional, so it’ll be good to see and gauge other players’ games and see what I have going. One day I’m going to eventually turn pro and I’m going to want to know what the game looks like. I’ll prepare for it like I do every other event and see what happens.”

Johnson, a Chaska, Minn., native who will be a senior for the Gophers next fall, rattled off three consecutive birdies to begin his round off the 10th tee Tuesday before stumbling to start his back, finding the water with his approach at the par-4 second.

“I knew there were a bunch of holes after that—two par-5’s that are getable and you can take advantage of pretty easily,” Davis said after losing two shots at the par-4 second. “I gave myself some really good chances the rest of the back nine, I just couldn’t get any putts to fall. I stayed pretty patient. I like to lose track of where I’m at on the course. I kept telling myself to keep giving myself chances for birdie.”

Things turned quickly as Johnson bounced back by holing his bunker shot at the third and followed it with a two-putt birdie at the fourth to get back to 3-under for the round.

Rolling in a pair of lengthy birdie chances late on his back nine Tuesday, Johnson chipped inside of three feet at the par-5 ninth and tapped-in for birdie to earn medalist honors with a round of 66, advancing to the second round of qualifying for the first time.

During his first two seasons with the Gophers, Johnson logged 13 tournaments with three top-15 finishes and a scoring average of 73.38. Despite a shortened 2020-21 season, Johnson has started in all six Minnesota events, claiming two top-10 finishes with his career-best coming at the Hoosier Invitational where he finished tied for seventh.

Glynn, a soon-to-be junior from Waconia, Minn., began his round on the 10th tee and carded one bogey through six holes before holing out for eagle at the 16th to drop into red figures.

“I laid up to a good wedge number and the pin was in a really good spot. It bounced twice, checked a little bit and rolled in,” Glynn said. “I gave myself some birdie looks before that and didn’t drop anything with my putter. Holing out got me thinking that I might be able to post a low one.”

A bogey early on his back nine put Glynn back to even par, but he rebounded with back-to-back birdies at the fourth and fifth before finding water off the tee at the sixth, leading to a double-bogey.

“I felt like I still had a chance—being even with three to go, I just stayed confident and tried to hit good golf shots,” said Glynn. “I knew nine was playing easy being downwind. I made a good birdie at eight and saw on the leaderboard that 1-under was right around the cutline.”

After his second shot at the par-5 ninth landed in the bunker left of the green, Glynn feathered his third from the sand to three feet and converted birdie to post a 2-under 70 to advance on his first attempt.

“I’m excited for the experience and trying to qualify for a major championship is exciting.”

Glynn played in five events for Minnesota during his freshman campaign, claiming one top-5 finish at the Macdonald Cup. This spring Glynn played in five Gopher events, with a pair of top-20 finishes, most recently at the Big Ten Championship Sunday.

Longbella, who opted for a fifth year with the Gophers, played his opening nine at 1-over par Tuesday before rolling in two birdies against one bogey on his back nine to sit at even par with one hole to play. Just off the ninth green in two, Longbella chipped in for eagle to finish at 2-under and into a three-way tie for second.

“I felt like I was leaving shots out there all day and not scoring as well as I could have,” Longbella said. “I knew when I was 2-over through four that I needed to get back to even with some holes to go. I chipped in on the last for eagle to get in by one.

“This spring, I had a poor finish for probably half of my rounds. Finishing has been part of my problem, so to chip in for eagle on the last hole means a lot and gives me some confidence. I’ve never played in [sectional qualifying], so I’m excited to experience it.”

Longbella played in more than 35 events for the Gophers during his five seasons, notching three top-10 finishes.

Earning a bit of redemption Tuesday, Longbella and teammate Angus Flanagan qualified for the 2020 U.S. Amateur Four-Ball Championship at Philadelphia Cricket Club, but the championship was canceled by the USGA due to COVID-19 concerns.

Miller, who moved on from the first stage in 2019, began his round on the 10th tee Tuesday, carding a trio of birdies before moving to his back nine. Remaining at 3-under through 15 holes, Miller dropped two shots with a double-bogey at the par-3 seventh. Reaching the ninth hole in two, Miller two-putted for birdie to claim his spot in sectional qualifying.

Minnetonka High School senior Ian Meyer and Maxwell Tylke finished as first and second alternates, respectively, after both carded rounds of 1-under par 71.