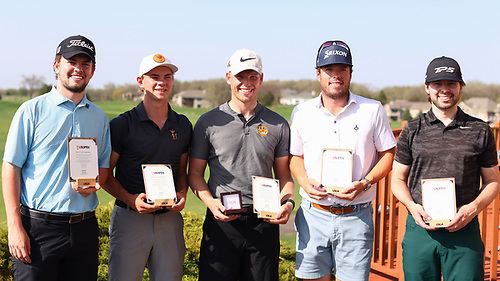 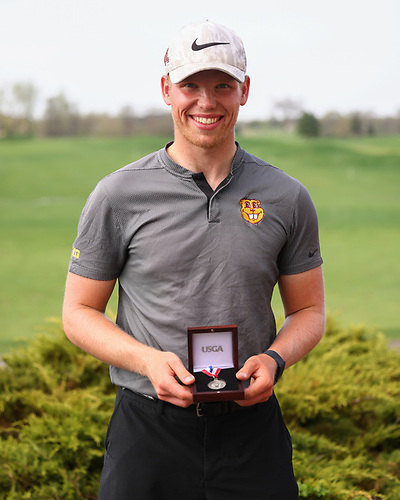 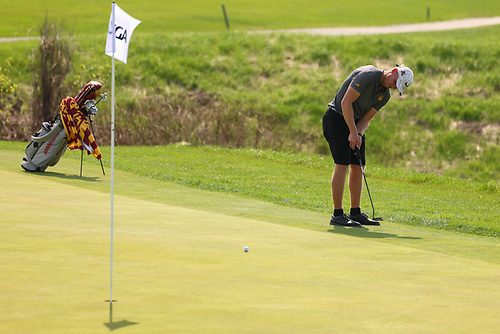 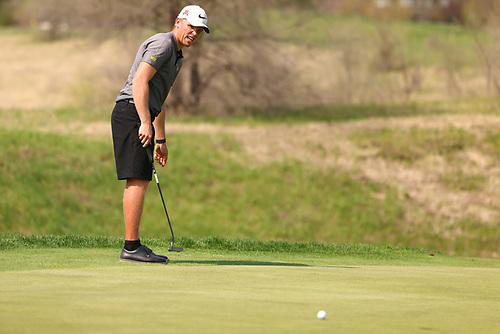 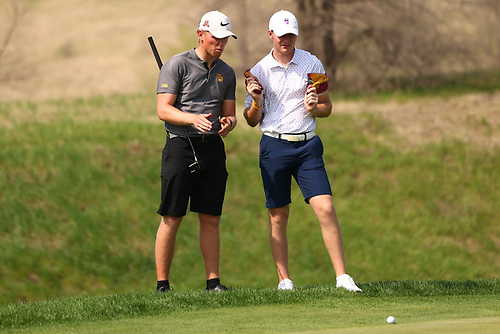 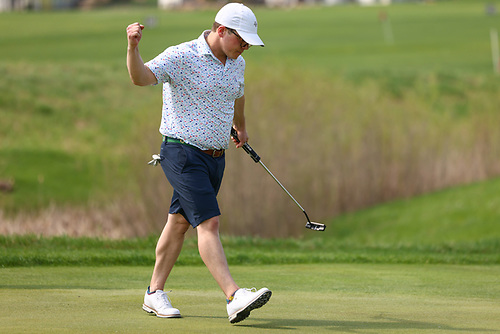 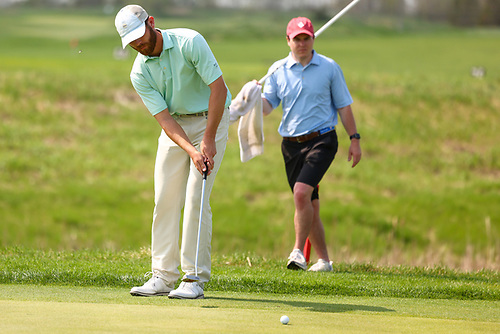 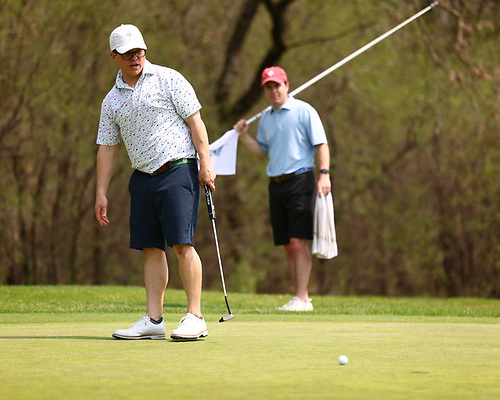 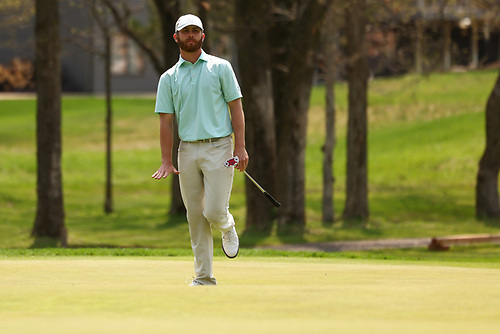 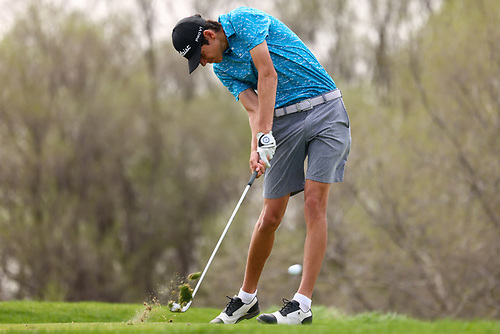 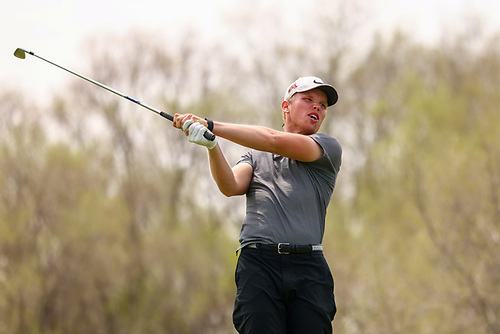 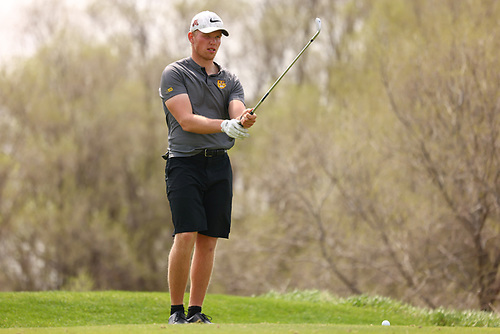 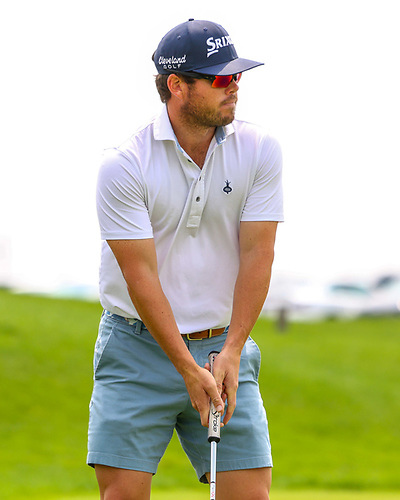 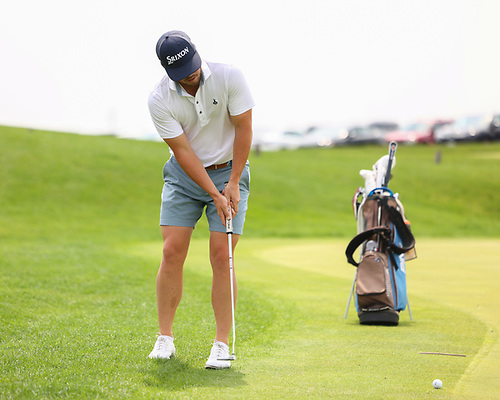 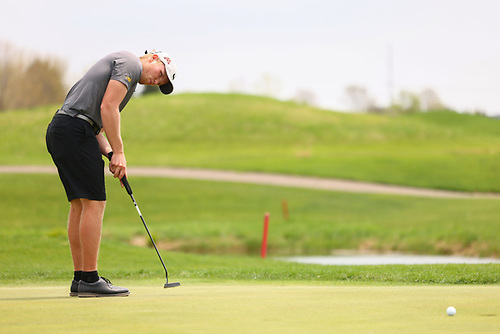 RAMSEY, Minn. – University of Minnesota sophomore Ben Warian led the Gophers in six of his 10 collegiate events this season, a trend that continued Thursday as Warian paced a contingent of current and former Gophers as well the rest of the field at U.S. Open Local Qualifying.

Warian tallied a 5-under 67 at The Links at Northfork Thursday to claim medalist honors and moves one step closer to the national championship June 16-19 at The Country Club in Brookline, Mass.

“You never really expect yourself to win, but I expected to be in contention for one of those five spots—my game felt good,” Warian said following his round. “I stuck to my routine all day. I picked smart targets that gave me some margin for error and I made really good, aggressive swings at those targets.

"I felt like drove the ball well and gave myself some opportunities with the scoring clubs. I had some uphill putts and really allowed my putter to take over from there.”

Warian advances to the second stage with teammate Bennett Swavely, who posted a 3-under 69 to finish tied for second with two-time Minnesota State Open champion Andrew McCain.

Zach Sklebar, a professional from Fargo, N.D., and Will Frazier, a junior at South Dakota State University, each carded rounds of 2-under 70 to claim the final two qualifying spots.

Following back-to-back birdies to begin his round Thursday, Warian chipped in for eagle from 50 yards at the par-4 fifth hole to get to 4-under for the round.

“It was a fun day. I got off to a solid start with birdies on one and two to kind of settle things down and get the day going on a good note,” Warian said Thursday. “I tried to stay present and commit to every shot and I did a solid job of that coming in."

A birdie to start his inward nine put the former Hill-Murray High School standout at 5-under before his only blemish of the round came in the form of a bogey at the par-3 12th. He bounced back by converting his birdie look from four feet at the 14th to advance from the first stage for the first time.

“I plan to keep outworking people to get as ready as possible. Wherever my site may be, I know that anything can happen," Warian said. "I believe I’m good enough to advance through the next stage. At Minnesota, we play a pretty cool schedule and get to mix it up with some of the best in the world.”

Swavely, a native of Hudson, Wis., rolled in three birdies during his opening nine, but turned in 1-under amid breezy course conditions Thursday. Chipping in from 30 yards for eagle at the par-5 10th quickly put Swavely at 3-under for the day, but he would take a step back with bogey at the 12th.

Taking advantage with his short irons on his back nine, Swavely converted back-to-back birdie chances from inside of six feet at the 13th and 14th holes and finished his day at 3-under 69 following a bogey at the last.

“I was able to score the golf ball pretty well and kept the big numbers off the scorecard. That led to me being able to put a good round together,” Swavely said after qualifying Thursday. “The last few years I haven’t put myself in contention [at USGA qualifiers], which has motivated me. Obviously, the USGA is the pinnacle of golf, the way they set up the golf course and strength of the field.”

Swavely saw action six times for the Gophers during his freshman campaign, finishing tied for 13th at the Washington County Individual, which coincided with the Marquette Intercollegiate. He went 1-0-1 at the Big Ten Match Play to kick off the spring season.

“I didn’t really have any expectations coming into the round today,” Swavely said. “I’ve kind of struggled the past year and a half expecting a lot out of myself. It isn’t necessarily a bad thing, but I felt it was hurting my golf game.

McCain, who became the fourth player in state history to win the Minnesota State Open as an amateur and a professional in 2018, started and finished his round Thursday with back-to-back birdies, shooting a 3-under 69 to move on to the second stage for the first time.

“I’ve been doing a lot of qualifiers,” McCain smiled Thursday. “I guess my game has been pretty solid this year, so I feel like I want to focus on that and put myself into position to get into actual events and go play well.

“I know I can compete out there and that’s where I want to be. I expect go to have a good chance at sectionals. I’ve always had good luck at 36-hole qualifying. This is one I’d love to play in because I played in the U.S. Amateur in Brookline in 2013. It’d be pretty cool to play U.S. Amateur and a U.S. Open at the same place.”

After playing college golf at the University of Maryland, McCain turned professional in 2017, where he has 20 PGA Tour Canada starts to his credit, as well as a pair of appearances on both the Korn Ferry the PGA Tours.

This season, McCain Monday qualified into the Valspar Championship where missed the cut by three strokes despite shooting a second-round 69. Most recently he qualified the Korn Ferry Tour’s Vertiex Bank Championship in Arlington, Texas, shooting 70-71 to miss the cut by four shots.

McCain, 28, who resides in Jupiter, Fla., began his day on the back nine with birdies at Nos. 10 and 11 to quickly climb the leaderboard before carding 13 consecutive pars. A three-putt bogey at the seventh set him back to 1-under for the round, but a tap-in birdie at the eighth followed by a two-putt birdie at the last put him at 3-under for the day and on to the final stage of qualifying as he looks to advance to his eighth USGA championship.

“I got off to a good start, but difficult conditions,” McCain said. “We played a bunch of holes into the wind and it was hard to score. A couple of tough flags and it was hard to hit it close. It was just a grind with a bunch of four or 5-footers for par when I had to and tried to keep it as clean as possible.”