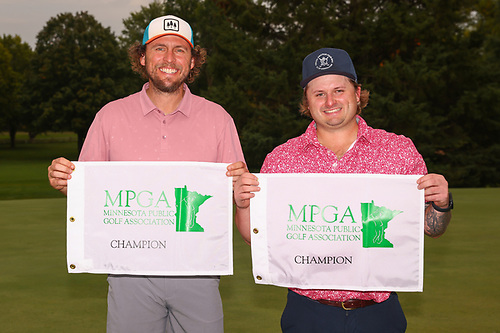 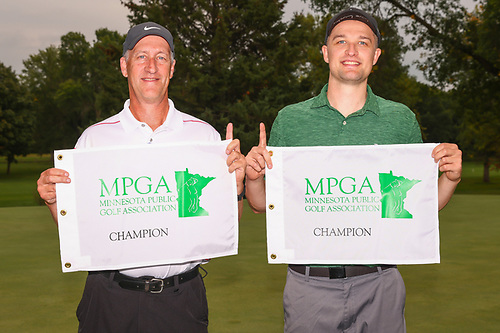 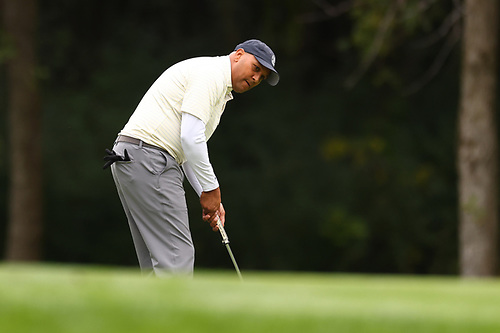 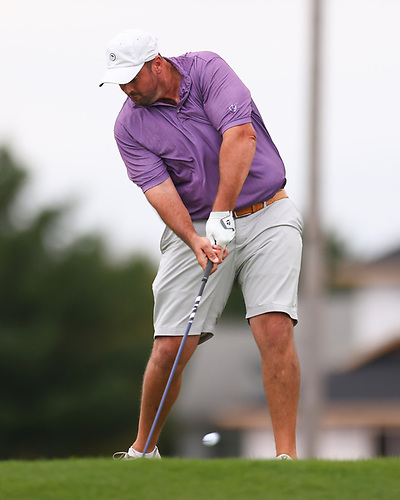 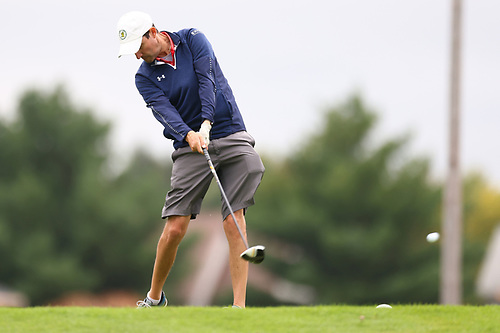 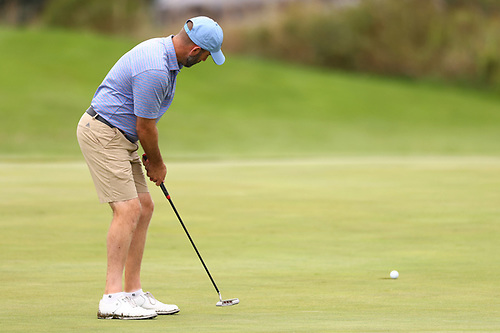 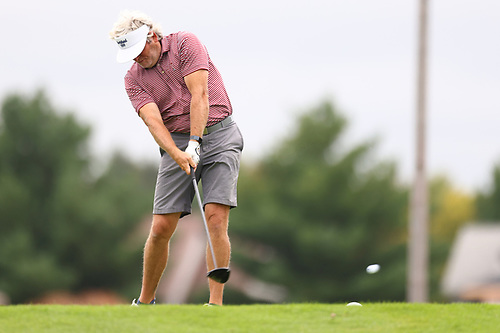 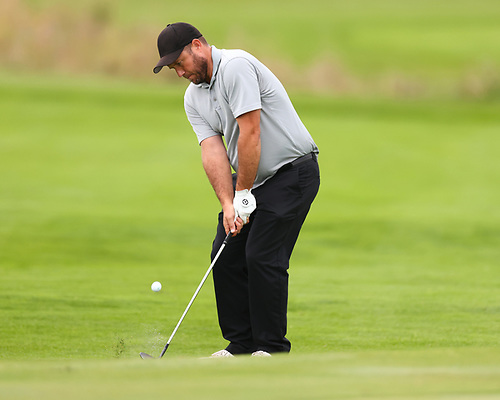 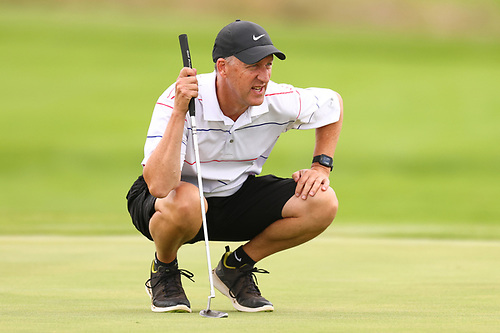 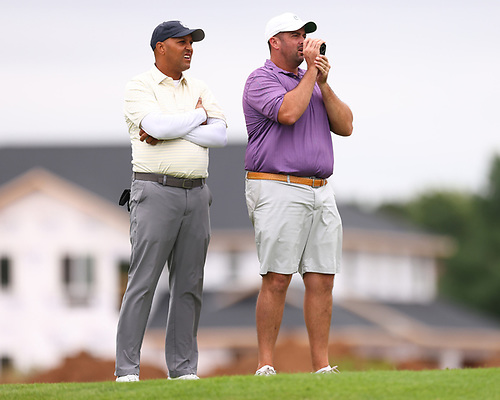 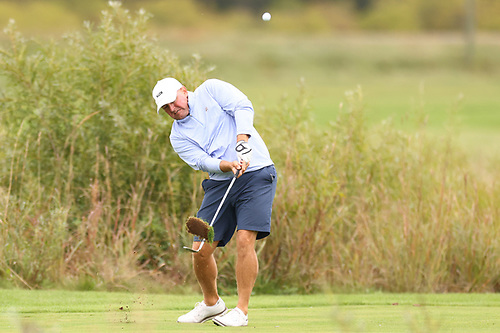 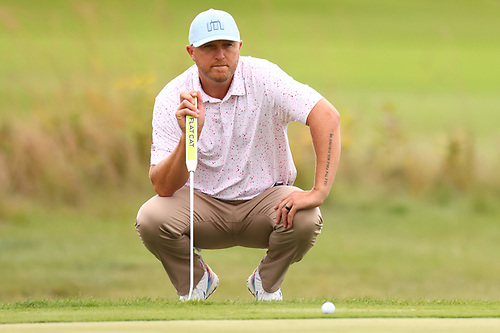 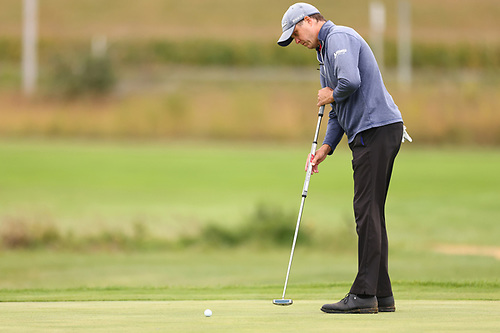 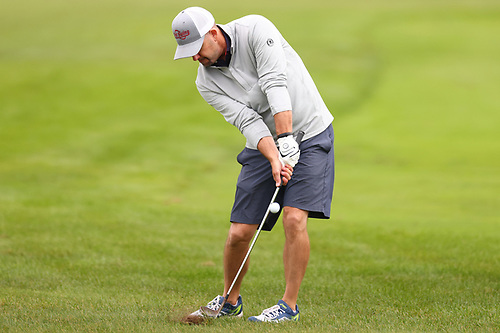 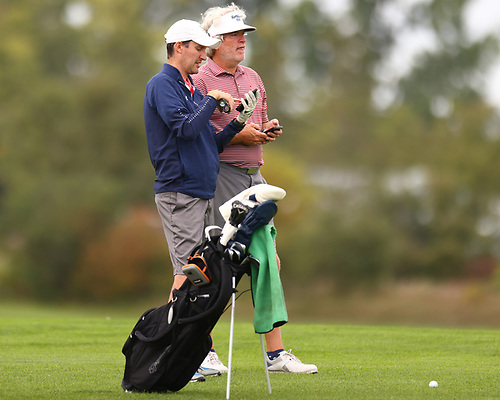 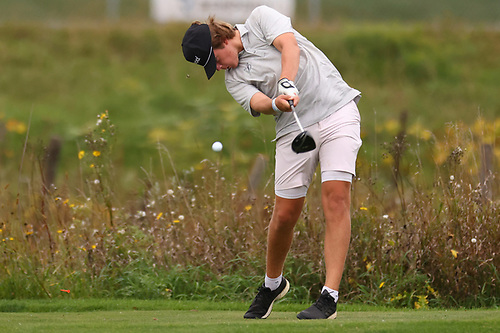 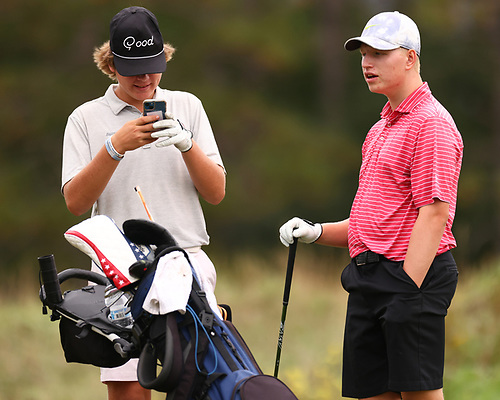 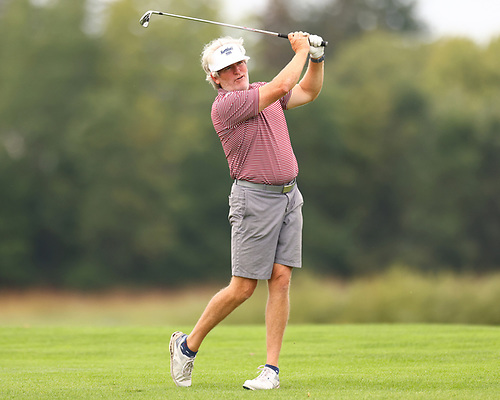 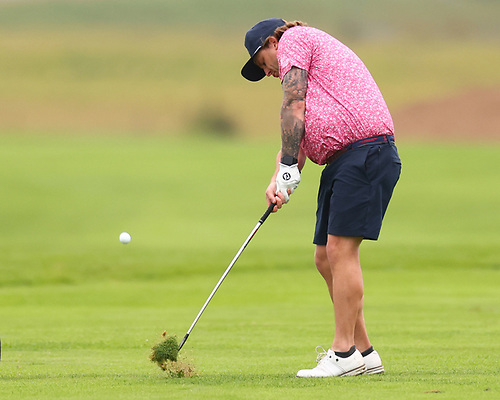 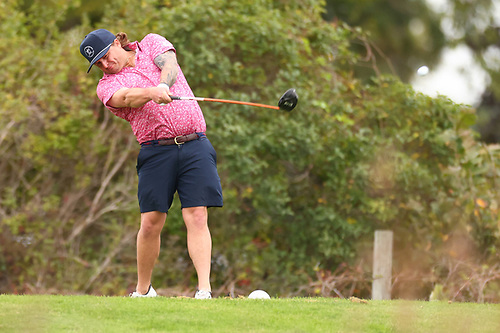 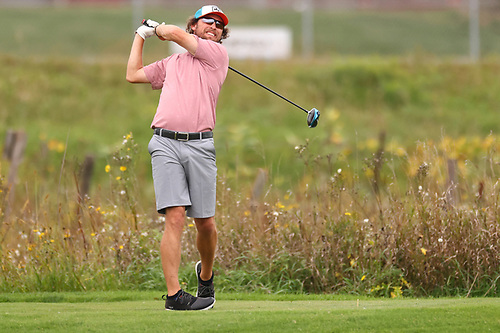 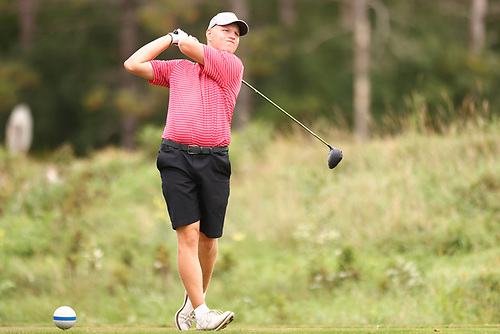 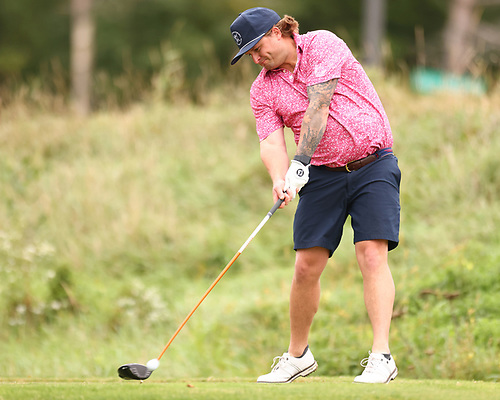 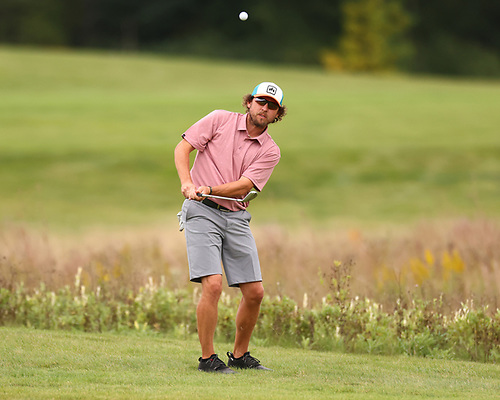 Teaming up for the first time Sunday, Hafdal and Quesnel came out firing during their front nine, the scramble portion of the championship, by shooting 8-under 28 to take the early lead.

The twosome would then card a pair of birdies during the best ball format to maintain a slim lead before scattering three birdies and three bogeys over their final nine holes, playing a Modified Chapman alternate shot format, shooting even par 36.

“I’ve played in the [State Amateur] and State Open and finished in the middle of the pack, but having this first state win is one of those things where it’s a chip off your shoulder,” Hafdal said. “It feels good to know that we can play with the best amateurs in Minnesota and stick with them.”

“I’m really excited to win,” said Quesnel, who earns his biggest victory to date, “I’ve had a lot of chances, but to actually win one is sweet.”

Finishing at 10-under 98 Sunday, Hafdal and Quesnel edged the team of Shane Barnes and 2008 champion Trent Peterson, Kane Bauer and Joel B. Johnson as well as Eastview High School seniors Joey Rohlwing and Tyler Wanous.

“We talked before the round and he said he’s been putting well, and I said my short game has been good, too,” Quesnel said. “Let’s give ourselves some looks and I think we’ll be fine.

“We had three birdies on [the final nine], so it wasn’t bad. We just had some mistakes.”

During their final nine holes of alternate shot Sunday, which proved to be the most difficult format of the championship as only two teams posted a nine-hole score below par, Hafdal and Quesnel found a successful formula as Quesnel found the fairway and Hafdal manufactured scoring chances by hitting greens in regulation.

At the first, Hafdal hit a sand wedge to six feet and Quesnel buried his birdie opportunity to put the twosome at 11-under for the tournament.

Hafdal again wedged his approach inside of eight feet at the second and Quesnel converted a second consecutive birdie opportunity to help put his team at 12-under.

Following back-to-back bogeys at the third and fourth, Hafdal reached the par-4 fifth with his approach and Quesnel rolled in his putt from 15 feet for the twosome’s final birdie of the day to get back to 11-under.

A bogey at the 27th and final hole would putt Hafdal and Quesnel one clear of the field at 10-under 98.

“We did a good job of staying in the moment and not getting ahead of ourselves,” Hafdal said Sunday. “Getting off to a hot start in the scramble portion really helped because if you don’t play well in that, you’re not going to make up strokes in the best ball or alternate shot.”

Earlier this month, Quesnel fired a 3-under 69 at GreatLife Worthington to earn a five-stroke victory at the Labor Day Classic to capture his fourth win at the event. Quesnel won his first title in 2008 before back-to-back wins in 2013-14.

Over the past four seasons, Quesnel has collected seven finishes inside the top-5.

Hafdal claims his first state victory after making appearances at the State Amateur in 2020 at Edina Country Club and the Minnesota State Open earlier this season at Bunker Hills Golf Club.

In 2020 Hafdal advanced to the semifinal round of the Birchmont Golf Tournament at Bemidji Town and Country Club, falling to Danny Menton.

Barnes and Peterson, who partnered with J.T. Johnson to win the 2013 championship at Bunker Hills, posted a 6-under 30 to begin the championship Sunday, following it with a 3-under 33 during the best ball portion of the event.

Carding nine consecutive pars over their final nine holes, Barnes and Peterson would finish in a share of second at 9-under 99.

Bauer and Johnson, winners in 2019 at Bunker Hills, carded five birdies during their opening nine Sunday before combining for four birdies during their second nine to reach 9-under. The two would come up one shy after tallying two birdies and two bogeys over their final nine.

Johnson also teamed up J.T. Johnson to win the 2010 tournament at Bunker Hills.

Making their inaugural appearance at the championship this week, Rohlwing and Wanous opened with a 6-under 30 during the first nine Sunday, and would card three birdies during the Best Ball format to head to the final nine holes one shot off the lead.

Playing their first eight holes of the final nine in 1-over, the two would tally a birdie on the final hole to earn a share of second at 9-under 99.