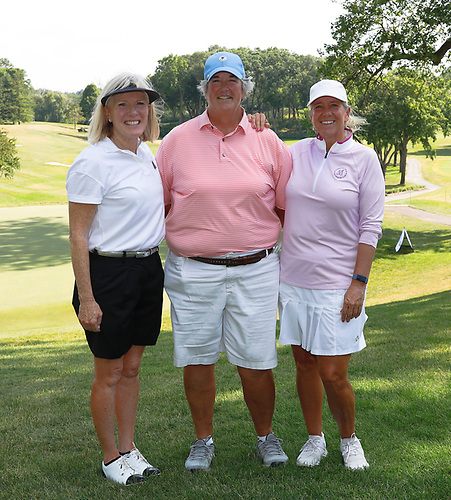 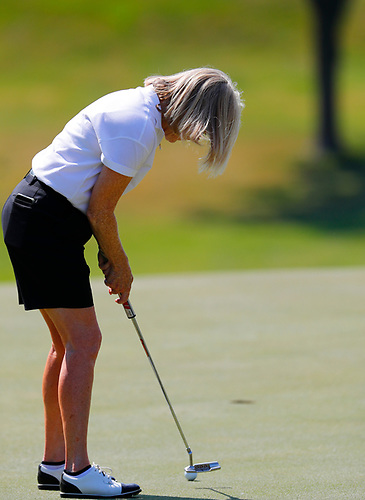 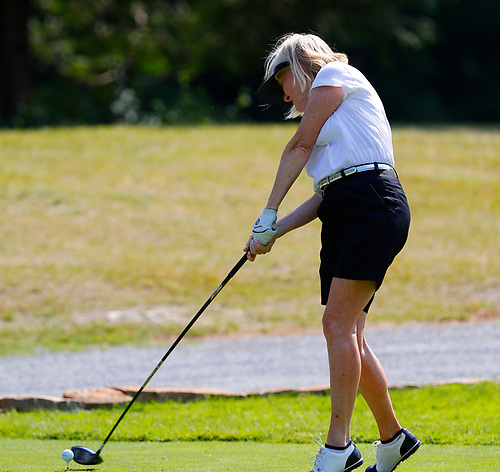 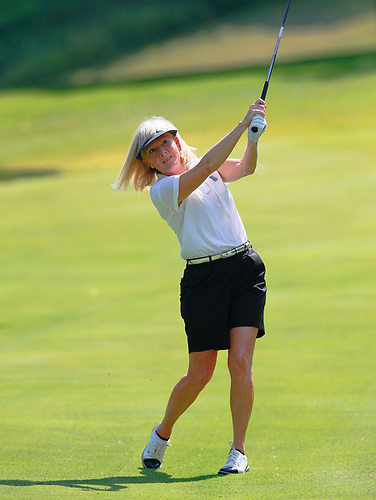 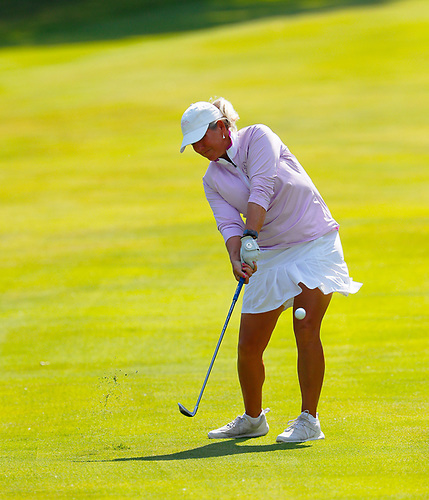 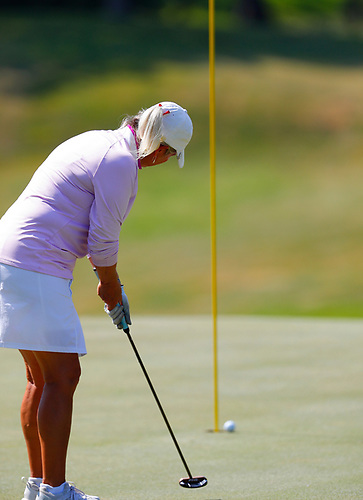 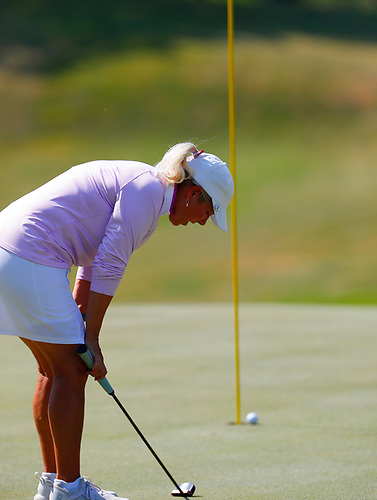 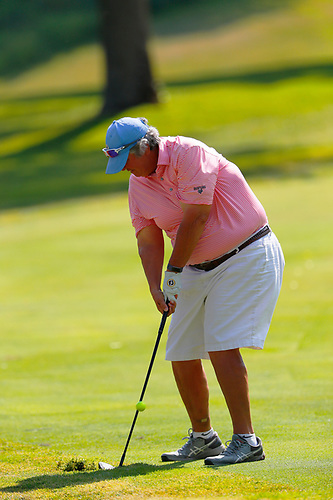 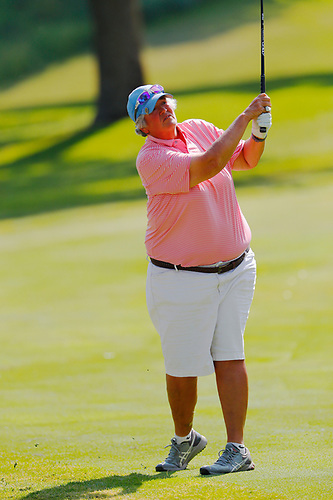 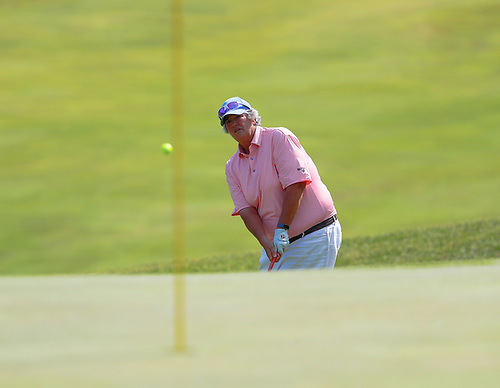 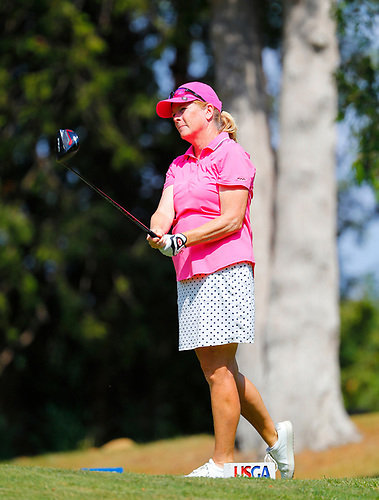 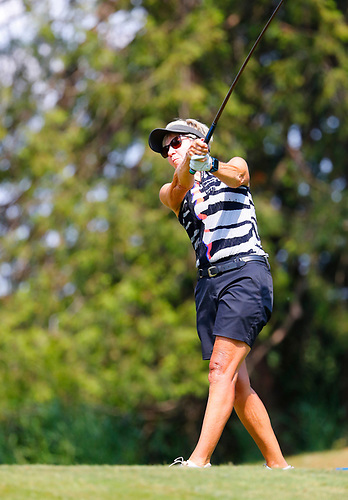 WAYZATA, Minn. – Collecting more than 50 state championship victories during her hall of fame career, 14-time Minnesota Golf Association Player of the Year Leigh Klasse reached another milestone Monday by carding a 1-over 73 at Woodhill Country Club to earn a spot in the 2022 U.S. Senior Women’s Amateur—her 60th USGA championship.

“It’s kind of monumental,” the 62-year-old Klasse said Monday. “I’m very much looking forward to spending some time in Alaska."

“I know it’s going to be a great experience and I’ll get to see some friends that I only see at national events.”

Klasse began with a three-putt bogey at the first but built momentum by sinking a 25-footer to save par at the second, following it with her first birdie of the round at the third.

Rolling in a 4-footer at the eighth put Klasse at 1-over for the tournament and she would draw even after hitting her approach to a foot at the par-4 10th.

Trading a fourth birdie of the round with a bogey over her next seven holes, Klasse would finish the day with a bogey at the last to earn medalist honors at 1-over 73.

“I had a few bogeys, but also had a few birdies to cover it. No big numbers, so that’s always a good round,” The 62-year-old Klasse said. “I hit the ball really well—I can’t say that I chipped all that well, but I hit the ball well and didn’t have to do a lot of chipping.”

Klasse advances to her 11th U.S. Women’s Senior Amateur and first since 2019.

Kellar-Luther, a former teaching professional who regained her amateur status in September, fired a 2-over 74 Monday to qualify for her first USGA championship since the 1991 U.S. Women’s Mid-Amateur at Desert Highlands, in Scottsdale, Ariz.

“I’m really excited,” Kellar-Luther said following her round Monday. “I just love USGA venues and I’ve been removed from that for a long time."

“Honestly, I didn’t know what to expect because I haven’t played competitively in 25 years. An early birdie, a couple of bogeys and missed a couple of birdie putts. I was nervous the first two holes and then my drives started settling down. There wasn’t a lot of drama out there today. I had some easy pars, makeable birdies and then got up-and-down when I had to.”

A former teacher at both Interlachen Country Club and, most recently, Olympic Hills Golf Club, Kellar-Luther carded a birdie at the second Monday and would card two bogeys over the final seven holes of her front nine to turn in 1-over.

Finding her stride mid-round, Kellar-Luther carded eight consecutive pars before a bogey at the 17th would put her into the clubhouse in second place with a 74, one shot off Klasse’s lead to safely secure her spot in the national championship beginning next month.

“I love playing the game and I just wasn’t teaching anymore,” said Kellar-Luther on her decision to regain amateur status last fall. “I still love to get people involved in the game, but I wanted to play with my husband in some amateur events. I still feel like I can contribute to the game, but just not necessarily making a living through the game."

“I played well on the front and had a tough stretch on the back—I went 7-over in five holes,” Aldrich said Monday. “I thought I shot myself out of it, but I finished strong after that."

“Sometimes when you play on your home course it’s a bit of a curse because they move the tees back in spots you don’t normally play. The course is a lot firmer and faster than it has been in the past, which made shots into the green and putting different and challenging."

Following a bogey at the fourth Monday, Aldrich countered by sinking back-to-back birdies at the fifth and sixth hole, eventually turning in 1-over. She began her final nine holes with bogeys at the 10th and 11th and a pair of doubles over her next three before finding her footing late and making par at three of her final four holes to post an 81.