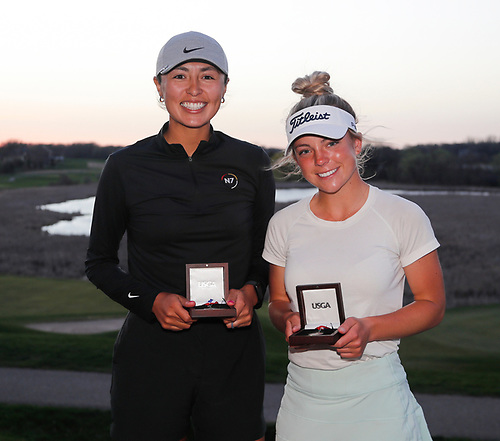 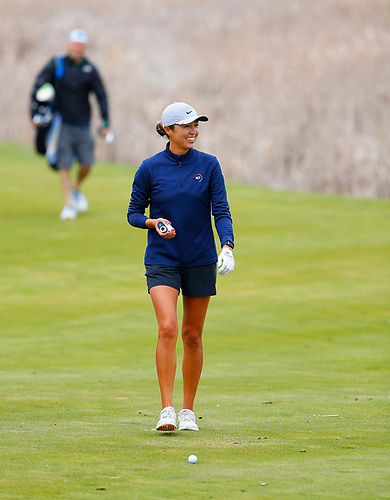 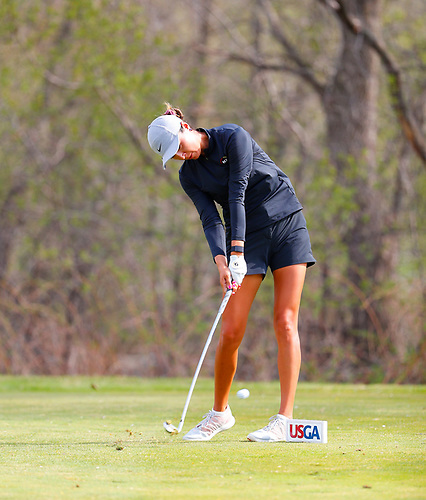 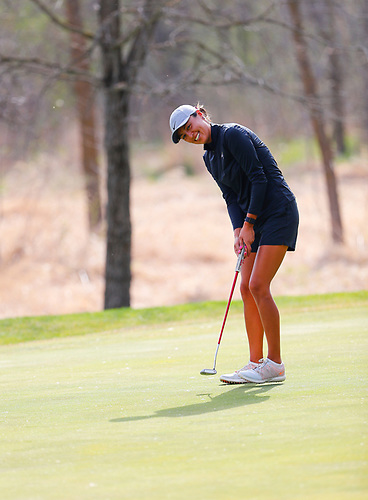 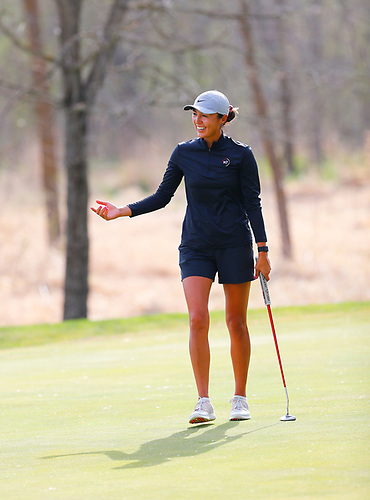 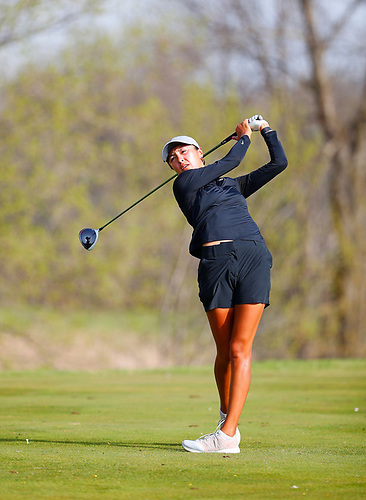 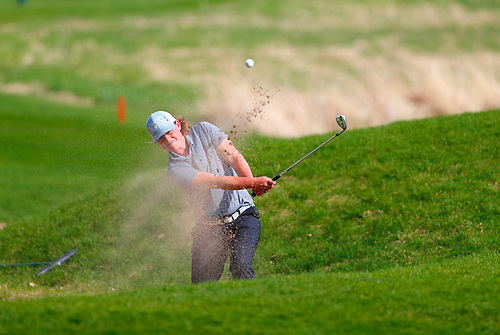 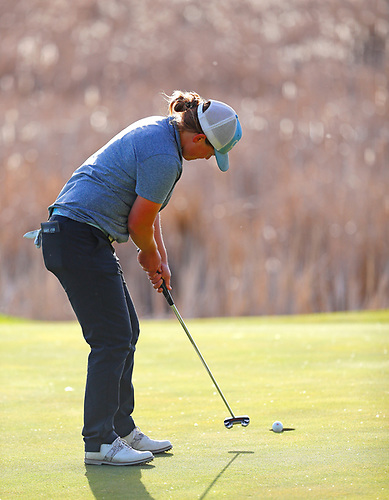 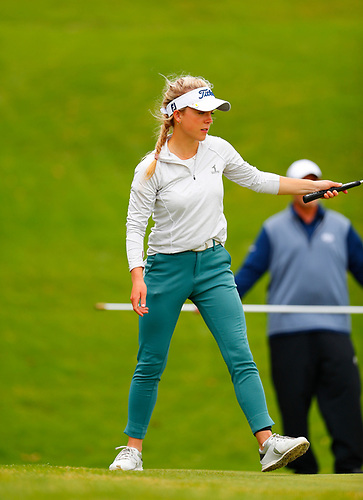 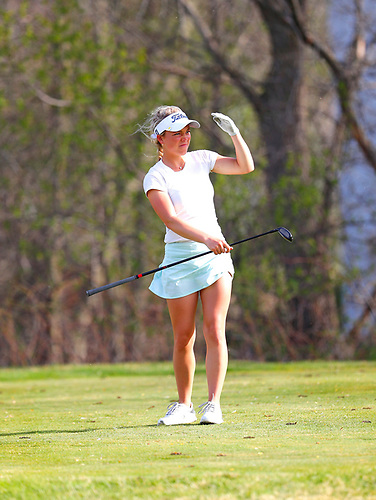 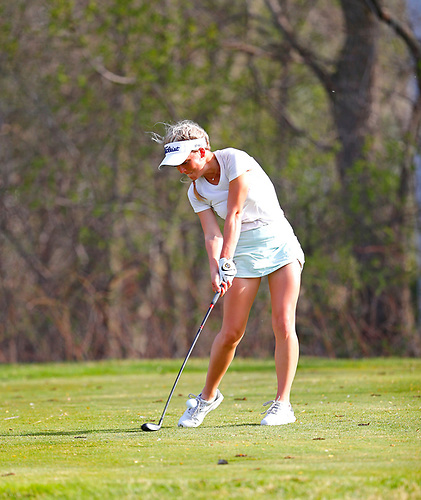 CHASKA, Minn. – A birdie on the 35th hole Monday helped professional Gabby Lemieux to a one-stroke victory at Chaska Town Course, tallying a 1-under par 143 to claim medalist honors as well as a spot in the 2022 U.S. Women’s Open.

Lemieux withstood a pair of weather delays and a late triple-bogey to post a final-round 72, edging fellow professional Ellie White to advance to her first Women’s Open.

“It feels like a long time coming, honestly, but almost like I can’t fully understand it yet. I’m the first Native American to be playing in the U.S. Women’s Open—it’s pretty surreal, but such a great achievement to be able to do that,” Lemieux said following her round Monday.

“I was trying to stay in front of myself today. I feel like the last couple tournaments for me, I’ve been looking toward the end result. I wanted to play one shot at a time and two steps in front of me. I was playing really well during the second round and getting putts to drop.”

Lemieux moves on from a field of 37 players Monday and will now compete at the 77th edition of the championship set to be played June 2-5 at Pine Needles Lodge and Golf Club in Southern Pines, N.C.

Thanks to a pair of birdies during her back nine of the opening round Monday, the 25-year-old Lemieux posted a 1-under 71 despite an hour weather delay. She quickly got to work during her second round rolling in three birdies on her outward nine, including a 20-footer at the ninth to move to 4-under for the day.

A second weather delay midway through her second round slowed Lemieux’s momentum as she took a bogey at the par-4 11th and followed it with a triple-bogey at the 13th to fall into a share of the lead at even par.

“I didn’t hit my best shot coming off the second rain delay, but I did my best to stay in the moment and within myself,” Lemieux said. “I was upset [at No. 13] because I knew where I was at and knew I was playing well, but again, I stuck to my game plan from there.”

Lemieux wedged her approach inside of 10 feet at the par-4 17th and would roll in her birdie chance to regain the outright lead before a two-putt par at the last put her into the clubhouse with a one-stroke victory over her playing partner White.

Growing up in Caldwell, Idaho, near the Idaho-Nevada border, Lemieux is a member of the Shoshone-Paiute tribes of the Duck Valley Indian Reservation, where she claimed a pair of Idaho Girls’ Junior Amateur Championships in 2009 and 2014 before winning three Idaho Women’s State Amateur titles (2013, 2015, 2017).

Lemieux played her collegiate golf at Texas Tech University, notching four individual titles and earned Big 12 Conference Player of the Year in 2016, rising to the pinnacle of collegiate golf as the country’s top-ranked player.

In just her second full season since joining the Epson Tour (formerly the Symetra Tour) in 2018, becoming the first female Native American golfer to play on a professional tour, Lemieux has made 40 professional starts, claiming a pair of top-10 finishes in 2021. She currently sits 65th on the Epson Tour Official Money List.

“I had two weeks where I missed the cut by one, which is always hard,” said Lemieux of her start to the 2022 season. "After those, I told myself it doesn’t matter what the outcome is and just work with what’s in front of me. Basically hit, go find it and hit it again and I think that helped a lot.”

She entered the week coming off her best performance of the season, a 29th-place finish at the Garden City Charity Classic in Kansas two weeks ago, firing a 3-under 69 during the final round.

“I’m sticking with the same game plan,” Lemieux joked Monday. “Hopefully this won’t be the last time I’ll be there, but I want to go out and experience it.”

White, from Lancaster, Ohio, followed her opening round of 73 with a 1-under 71 during the final round to finish as first alternate, while Minnesotan Isabella McCauley, who qualified for last year’s championship at The Olympic Club in San Francisco, finished as low-amateur and second alternate by posting a 36-hole tally of 3-over 147.