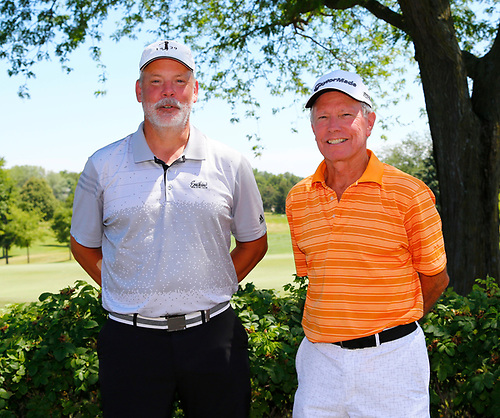 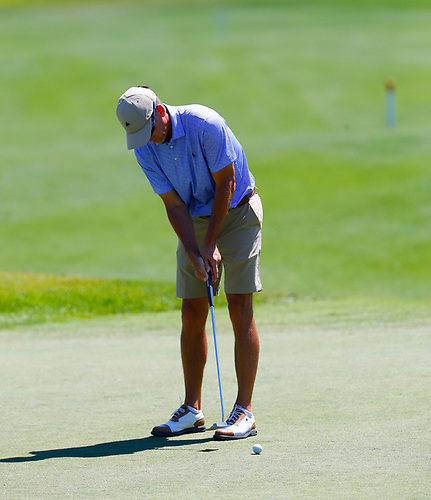 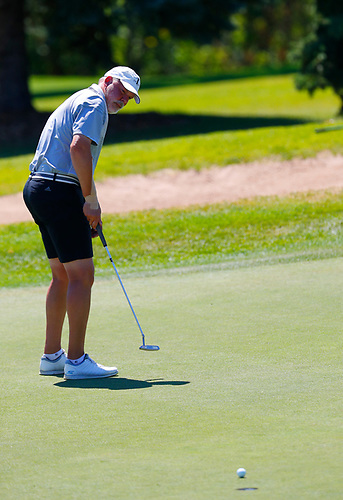 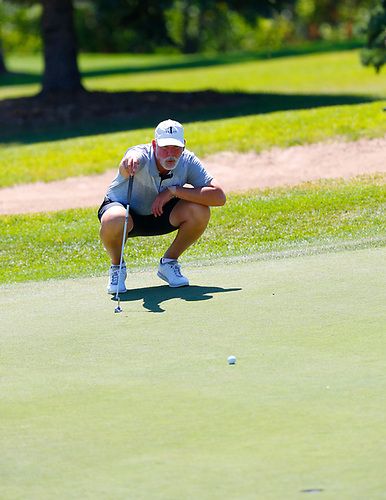 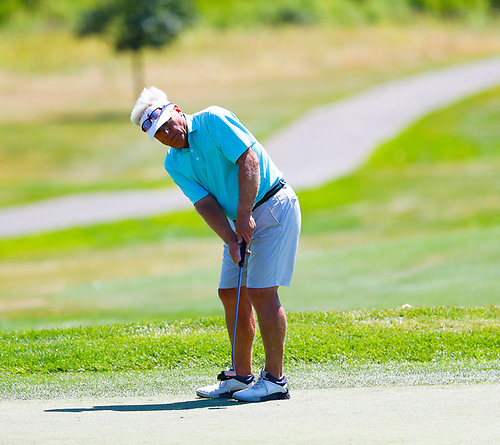 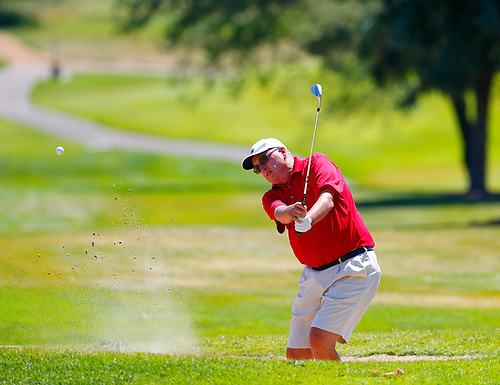 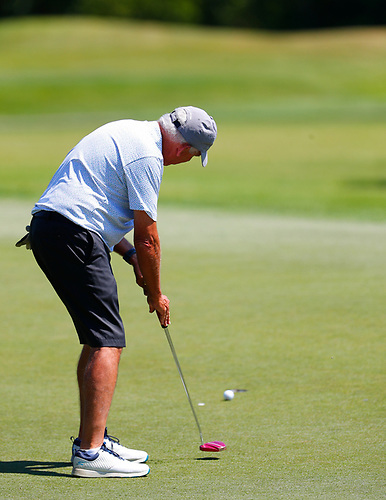 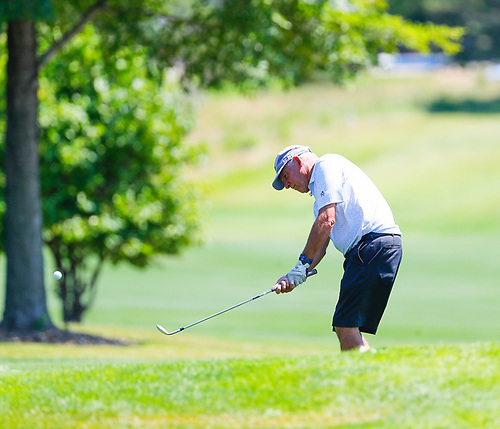 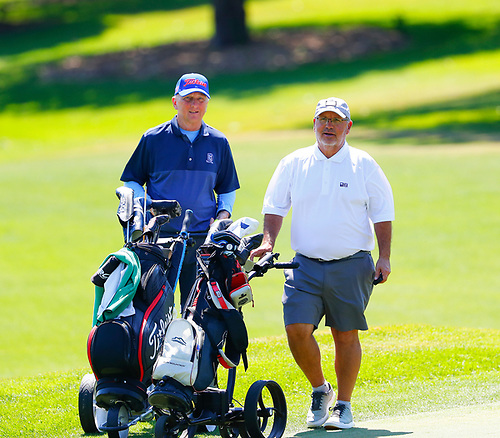 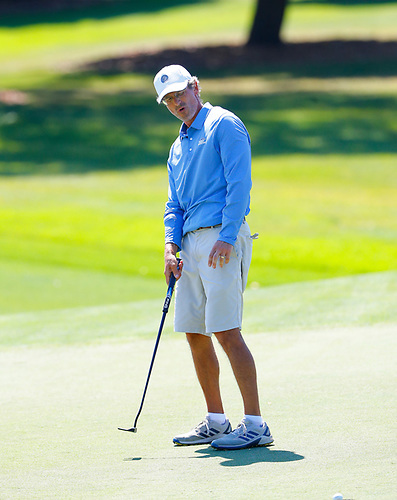 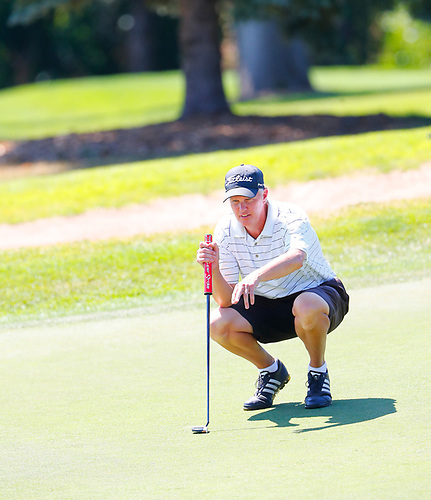 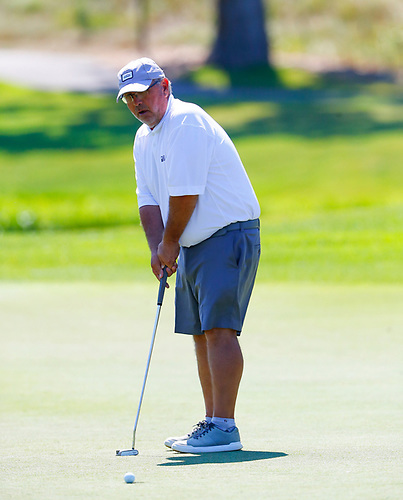 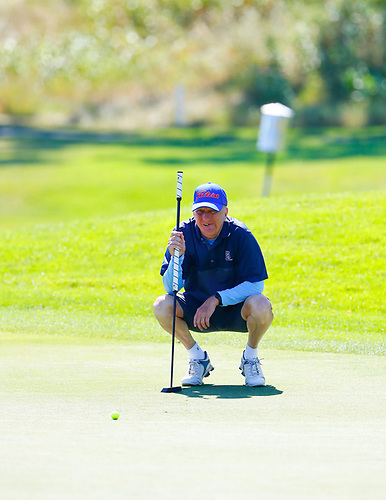 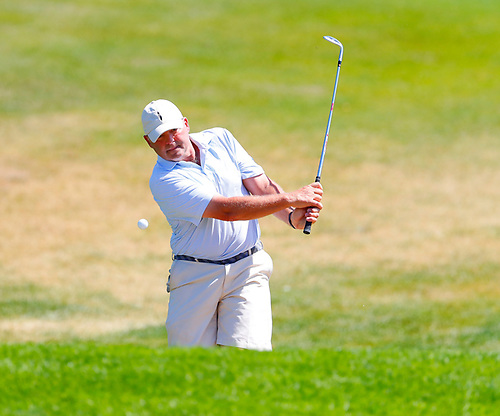 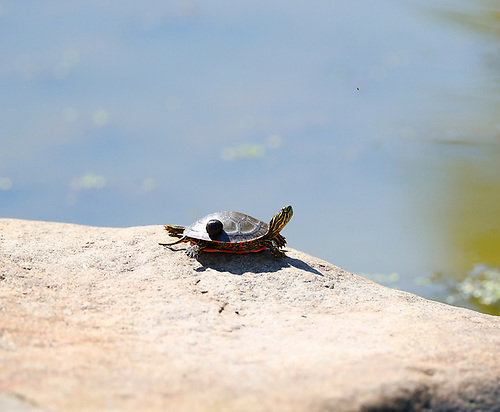 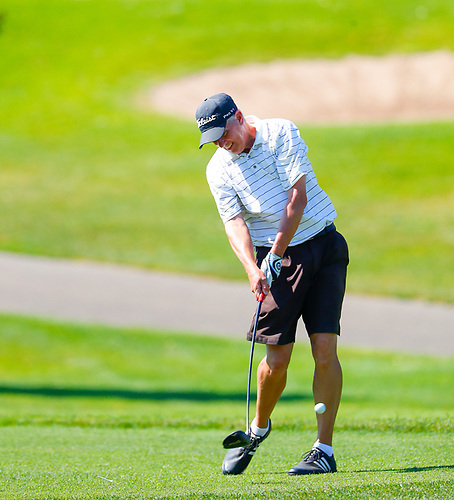 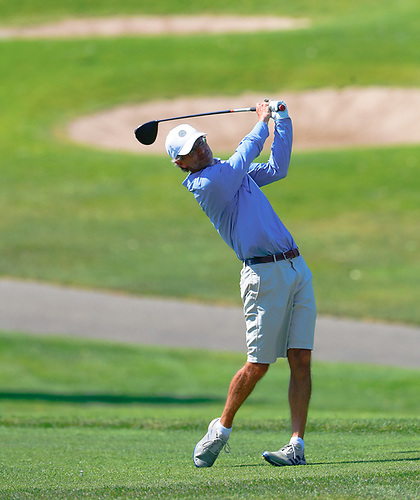 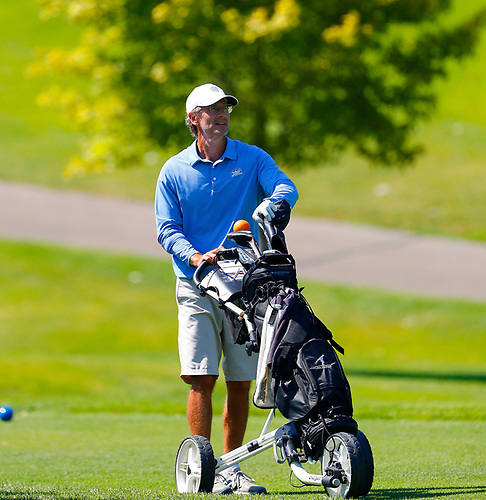 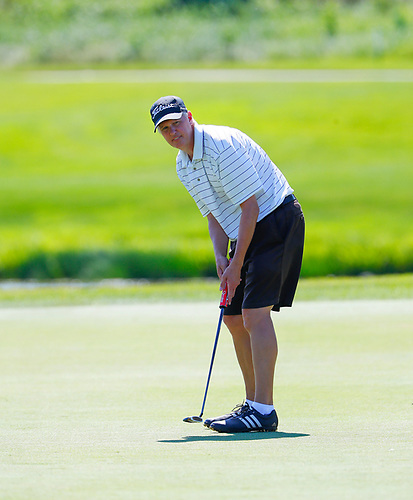 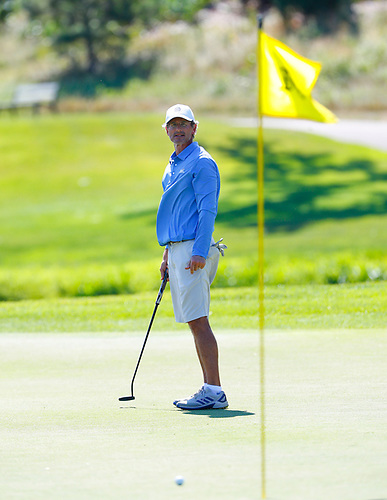 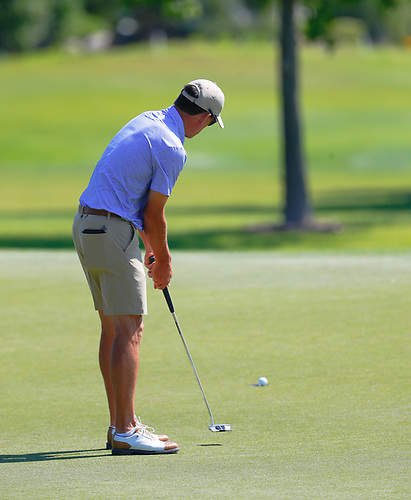 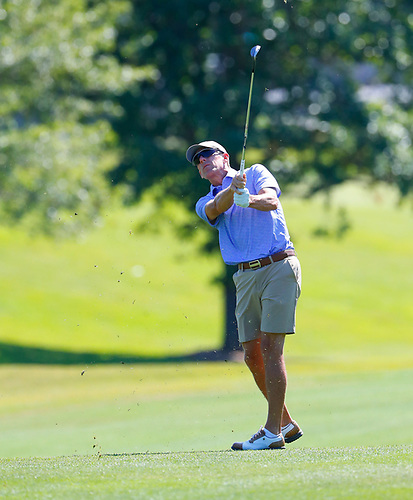 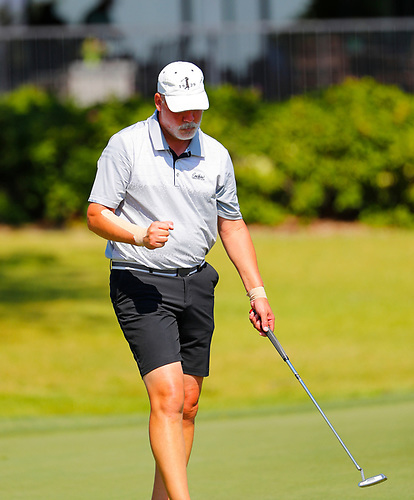 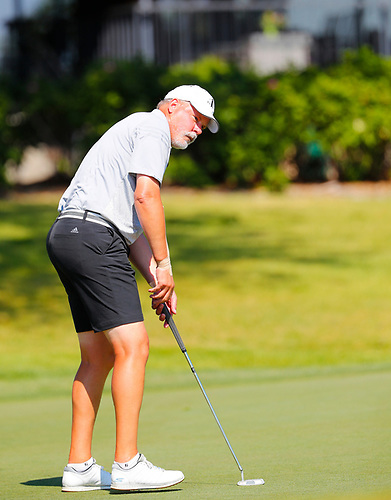 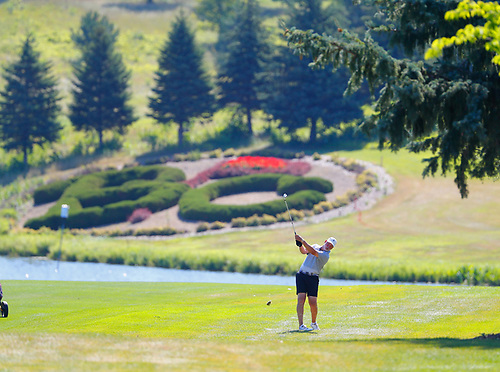 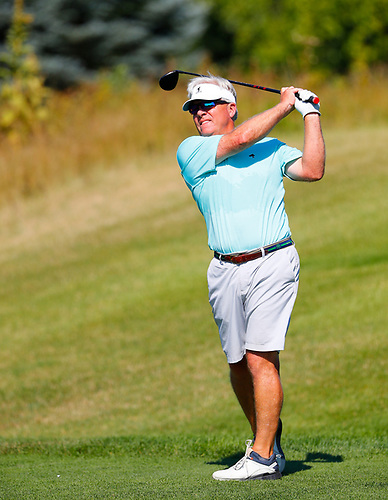 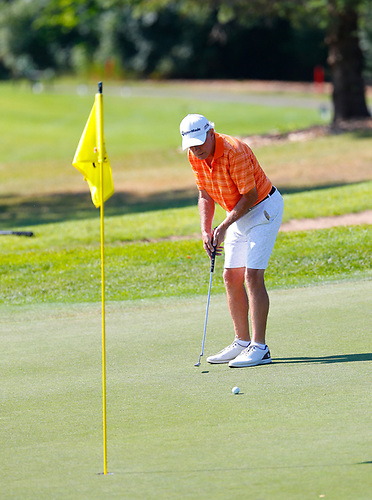 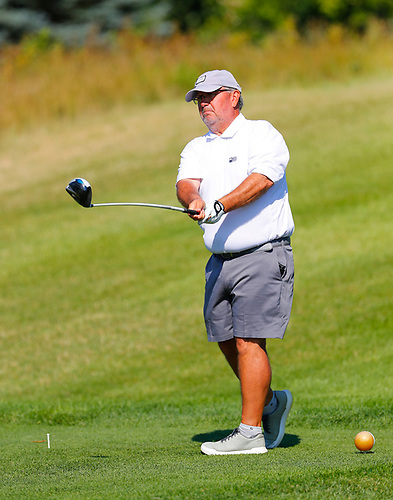 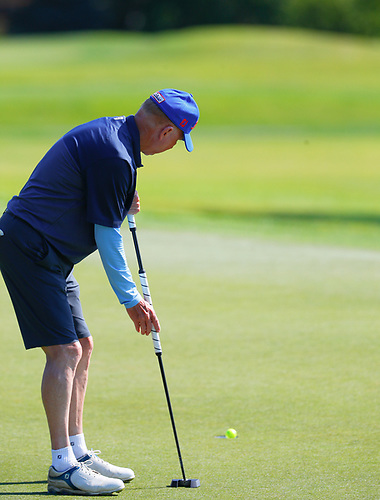 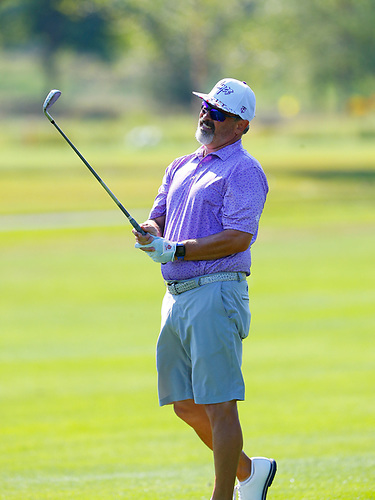 LAKEVILLE, Minn. – Playing at state golf championships for nearly 25 years, 51-year-old Keith Piotrowski has had several close calls, but never finished on top of a leaderboard.

That changed Wednesday when Piotrowski fired a 2-over 73 at Brackett’s Crossing Country Club to earn a one-stroke victory over Paul Schubring at the 31st Twin Cities Senior Championship.

“Nobody is more surprised than me,” Piotrowski confessed following his win Wednesday. “I’m happy to be playing in these events. It’s my first full year as a senior and I play to hang out with the guys, so this is absolutely a thrill.

“I love playing in the Twin Cities Championship—the regular and the senior now—and I love playing in state events. I’m here to fill the field and maybe have a good couple of rounds, but I love to play with good players in competition, and this is a great opportunity.”

Playing the course for the first time Wednesday, Piotrowski three-putted the first for bogey, but rebounded by converting his birdie opportunity from 15 feet at the second to draw even.

After his second bogey of the day at the fifth, Piotrowski answered by hitting his wedge to 14 feet at the ninth and rolled in birdie to turn in even par.

Struggling to begin his back nine with three bogeys over a four-hole stretch, Piotrowski slipped to 3-over, but he quickly made up ground by rolling in back-to-back birdies from inside of eight feet at the 14th and 15th, moving back to 1-over.

He would card a bogey at the last, but a 2-over 73 was just enough to earn Piotrowski his first state win.

“I putted well—I had four three-putts and I still putted well,” Piotrowski said. “That speaks to these greens because if you get on the wrong sides, you’re in trouble.

“I never had any big misses and was never out of play. The only problem was that I pitched and chipped terribly, so I missed a bunch of 12-footers for par. It was a grind the whole way through.”

With 14 top-10 finishes since 2004, Piotrowski’s best performances came at the 2008 Minnesota Public Golf Association Combination Championship and the 2009 MPGA Four-Ball Championship, where he finished runner-up.

Schubring tallied a pair of early birdies to begin his round Wednesday, and would turn in even par for the round.

Even through 14 holes, a bogey-double-bogey stretch dropped him to 4-over, but he would make a late push by sinking his birdie chance at the 18th to finish one shot back at 3-over 74.

Randy Jacobus, Tim Gordon, Mark Knutson and Chris Tollefsrud each carded rounds of 4-over 75 to finish in a share of third place, two shots back.

Posting a 3-over 74 Wednesday, Dale Speetzen claimed victory in the 65 and over Masters Division, four shots ahead of past Minnesota Golf Association president Tom Smith.

Speetzen, also from University Golf Club, began his round on the 10th tee Wednesday and would card back-to-back bogeys before pulling even with a pair of birdies at the 13th and 15th holes.

Turning in 1-over, Speetzen fell to 2-over following a bogey at the first, but rallied with back-to-back birdies at the second and third.

Stumbling down the stretch, Speetzen tallied a double-bogey at the fourth before a bogey at the seventh, but was able to come away with a four-stroke victory over Smith in the Masters Division.

“Short irons made the difference—I hit a lot of short irons closer than I normally would,” Speetzen said following his round Wednesday. “I’ve struggled with it lately, but fixed it a few days ago. I made some good putts that I haven’t made before.

“I’m not a long hitter. I don’t hit a lot of fairways and I don’t even hit a lot of greens in regulation. My game is getting up-and-down, and I did it well today.”

How They're Doing: Minnesotans on Pro Tour Money Lists -- August 15

Inkster Picks Up Where She Left Off, Fires 67 to Lead Land O'Lakes Legends Classic