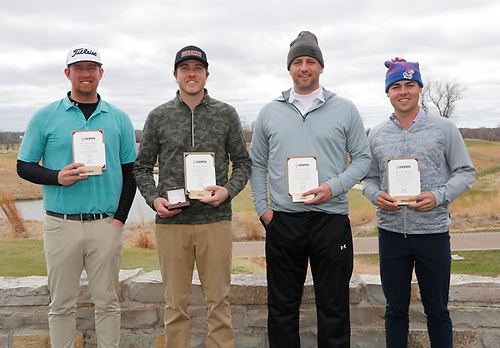 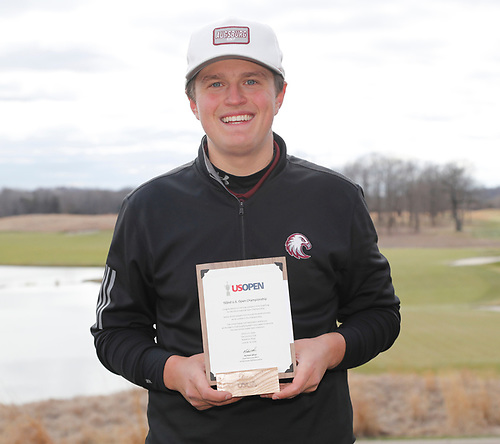 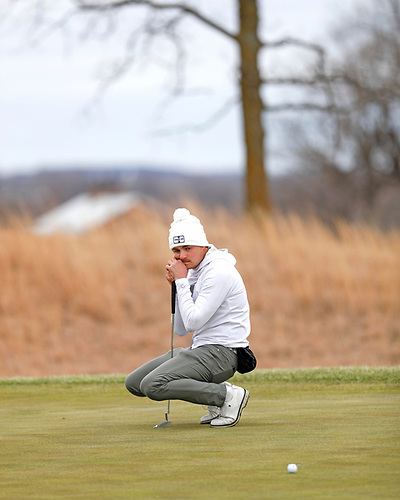 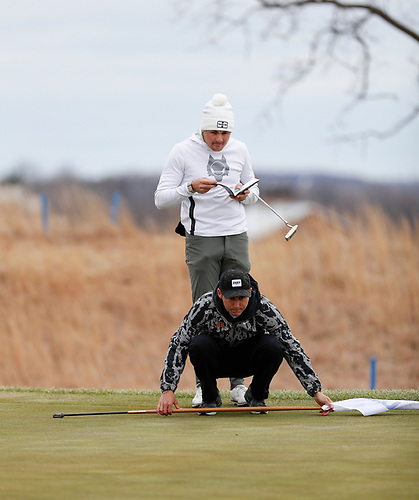 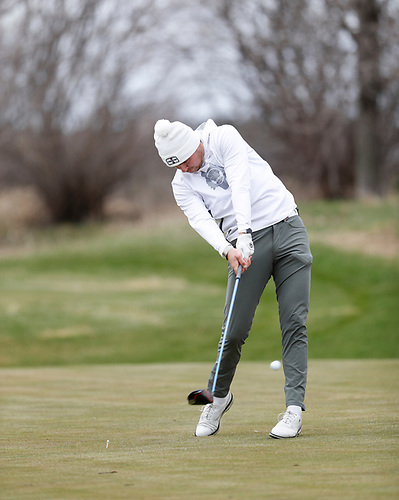 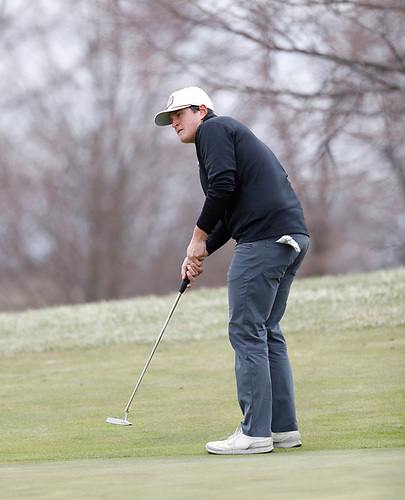 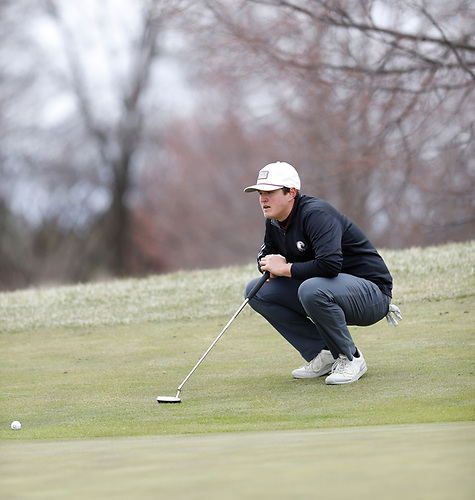 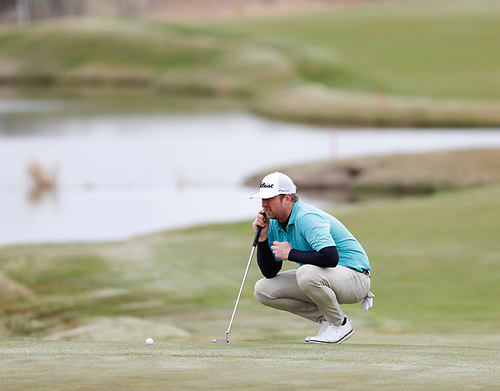 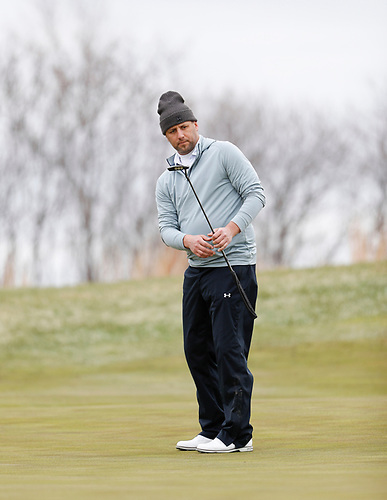 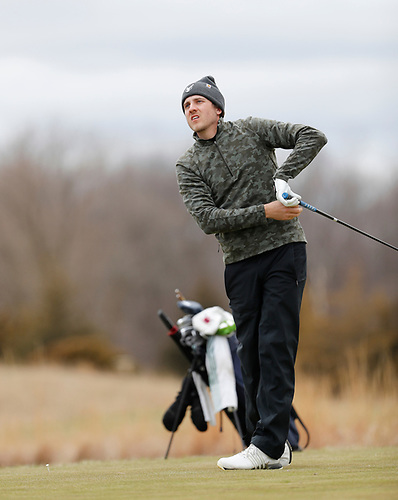 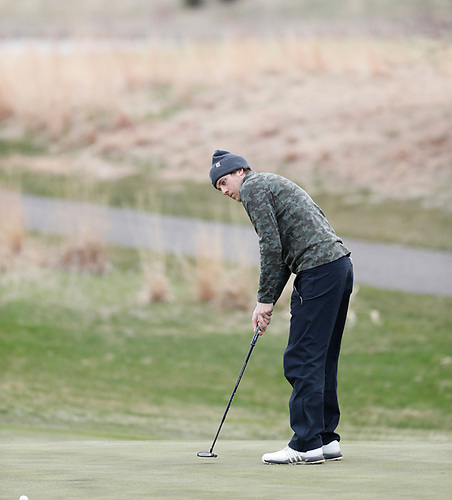 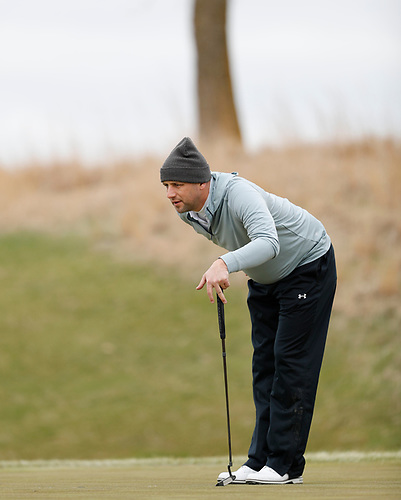 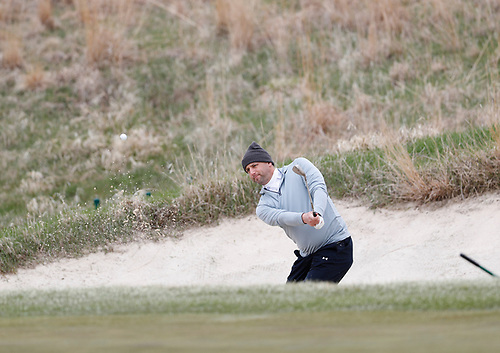 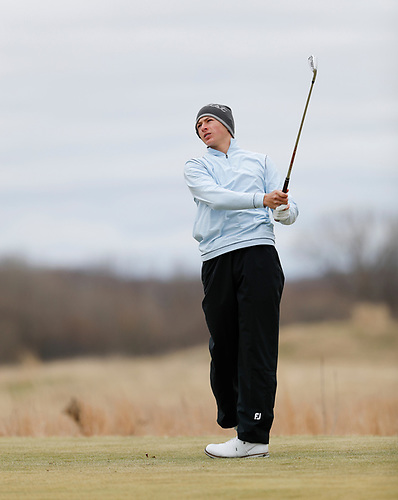 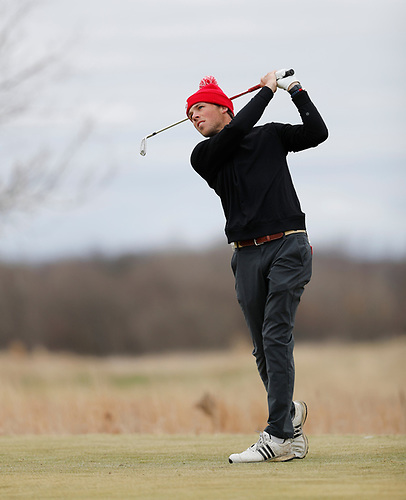 MAPLE PLAIN, Minn. – For many competitive golfers, success on the course is a result of repetition and a countless number of rounds during the year. Taylor Sundbom has a different approach and it appears to be working.

Sundbom, who was the Class AA individual champion his senior season at Hermantown High School in 2012, played his most recent state championship at the Minnesota Golf Association Amateur Championship in 2018 at Hazeltine National Golf Club, finishing tied for 19th.

“I took a step back from playing a lot of competitive rounds and stopped playing all of the state events,” Sundbom said Monday. “I just decided to play in some fun, local events in Duluth."

On Monday, Sundbom carded a pair of birdies against one bogey at Windsong Farm to post a 1-under 70 and claim medalist honors as well as a spot in the final stage of qualifying for the 2022 U.S. Open.

“The round went well from the start today—I hit 16 out of 18 greens, so I made it pretty easy on myself by making pars constantly.”

Sundbom, 28, enters the week coming off a 13th-place finish at PGA Tour Canada Q-School in Washington on April 22, opening with back-to-back rounds of 69 followed by a 75 during the final round to earn conditional status for the 2022 season.

“Expectations were high—I expected to make it,” Sundbom said. “I just came off [Qualifying School] and faltered the last nine holes of that event, but I expected to play well today.”

Beginning his round on the 10th tee Monday, Sundbom carded eight consecutive pars before wedging his third to five feet and converting his birdie chance at the 18th. Steady again through his first five holes during his inward nine, Sundbom rolled in another 5-footer for birdie at the sixth before his only blemish of the round, a bogey at No. 8, put him into the lead with a round of 1-under 70.

Sundbom moves one step closer to a third appearance at a USGA championship Monday, previously qualifying for both the U.S. Amateur and U.S. Amateur Four-Ball Championship in 2017.

“If I play my game and hit the shots that I know I can hit, I’ll be right there,” Sundbom said. “The plan is to turn professional, it’s just a matter of when—I still have to figure that out. I never thought I would turn pro, but I had a good year last year and feel like my game is there. If I can get into [PGA Tour Canada] events this season, I’ll do that.”

On Monday, a field of 80 players were competing for a total of five spots to the final stage of qualifying to the 2022 national championship, set to be played June 16-19 at The Country Club in Brookline, Mass.

Joining Sundbom at the final stage next month are former University of Minnesota golfer Josh Persons, former Minnesota State University, Mankato golfer Ross Miller and University of Kansas’ Ben Sigel, all of whom posted rounds of even par 71.

Augsburg University sophomore Stellan Orvick carded a 1-over 72 Monday and prevailed in a two-man playoff to claim the fifth and final qualifying spot.

Persons, a 38-year-old Fargo, N.D., native, started quickly Monday with a pair of birdies over his first three holes. Turning in 2-under, Persons rolled in a birdie at his 10th, but would card three bogeys over his final eight holes to advance with an even par 71.

“It was an interesting day—I had low expectations. A practice round yesterday was my first round of golf,” Persons said. “The first nine I made two longer putts and one nice birdie. I was kind of fading coming in, but was able to hang on.

“I putted pretty well and hit it just good enough, but the putter saved me today.”

After graduating from Minnesota in 2007, Persons went on to make 19 starts on the then-Web.com Tour before qualifying for the 2015 U.S. Open at Chambers Bay.

“I’m just trying to get some swings in,” said Persons, who will play in the U.S. Amateur Four-Ball with partner Ryan Conn beginning May 14 at the Country Club of Birmingham in Birmingham, Ala. “I just need to get some rounds under my belt because it’s been such a crazy spring.”

A birdie on the final hole helped the former Minnetonka High School standout Sigel to a round of 71 Monday, advancing to the second stage for the second time.

The 2017 Mr. Golf Minnesota recipient advanced from the first stage during his senior year, but skipped sectional qualifying to play at Minnetonka’s sectional championship, eventually going on to finish runner-up at the state tournament.

“My freshman year when I was writing down my goals for college, I wrote that I wanted to play in the U.S. Open as an amateur. It was a far-fetched goal at that time, but I’ve got an opportunity to do it,” Sigel said Monday.

Sigel, who graduates from the University of Kansas in two weeks, turned in 1-over Monday before rolling in a 6-footer for birdie at the 13th. Taking a step back with bogey at the 14th, Sigel clinched his spot at second stage by dropping a birdie from six feet at the last.

“I hit the ball okay, but I knew the course was going to play hard. The course is soft and it’s cold and there was some wind early,” he said. “I kept plugging along by hitting fairways and giving myself looks when I had wedges in my hand.”

Sigel and his Jayhawk teammates look to extend their postseason with a sixth straight appearance at the NCAA regionals. The 27th-ranked Jayhawks claimed five victories during the 2021-22 season.

Miller, the lone professional to advance Monday, bounced back from a bogey on his opening hole to turn at even par before carding a pair of birdies at the 13th and 15th holes. The 29-year-old Osseo High School graduate would bogey two of his final three holes to post a 71 to secure his qualifying spot.

Orvick overcame a string of four straight bogeys during his front nine by carding three birdies over his final seven holes Monday to earn the final qualifying spot.

Site of Francis Ouimet’s historic victory over Englishmen Harry Vardin and Ted Rey in 1913, The Country Club will host the U.S. Open for the fourth time in mid-June. All three previous championships were decided in an 18-hole playoff.

Tiger Woods’ victory over Rocco Mediate in 2008 at Torrey Pines was the most recent (and likely the last) U.S. Open extended to an 18-hole playoff. In 2018, the format was changed to a two-hole aggregate, followed by sudden death to determine a winner.

University of Minnesota golfer Lincoln Johnson posted a 1-over 72 before falling to Orvick in a playoff, finishing as first alternate. Totino-Grace sophomore Andrew Ramos advanced from a three-way playoff to claim the second alternate spot.