Tiziani Comes From Behind, Shoots 66 to Claim Minnesota Senior Open 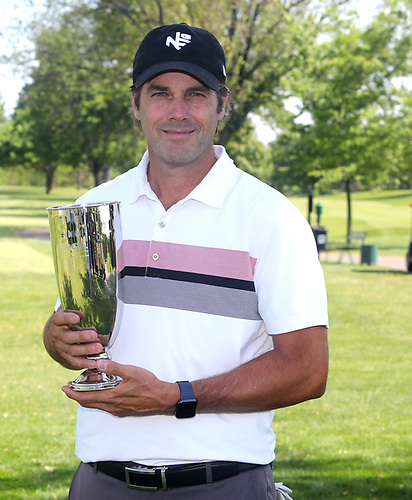 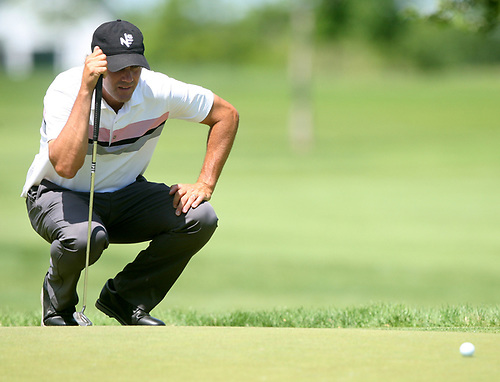 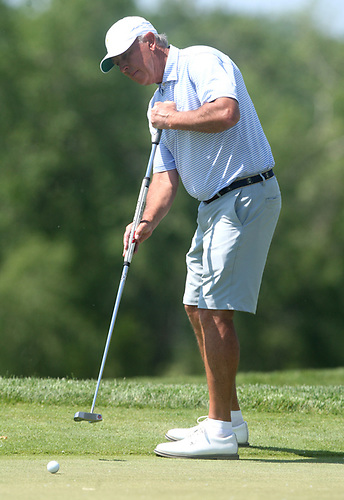 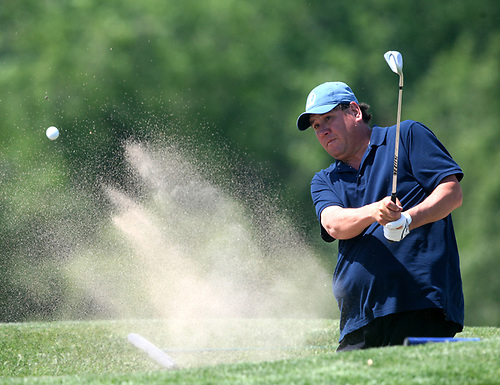 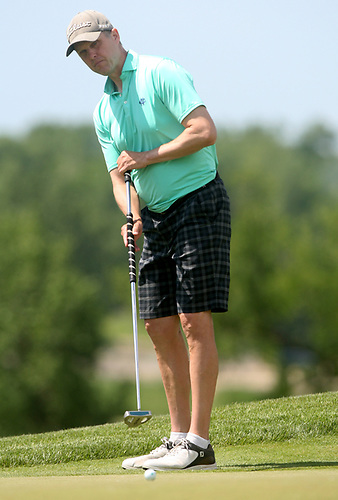 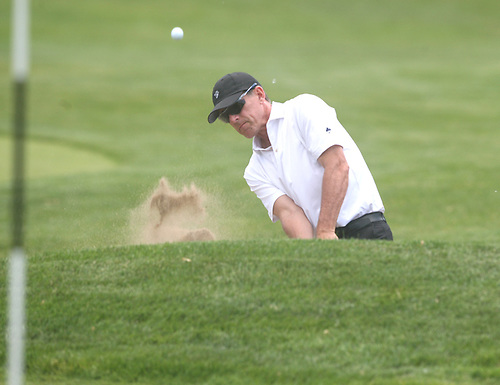 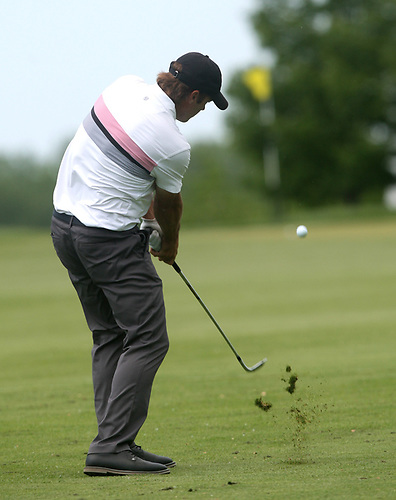 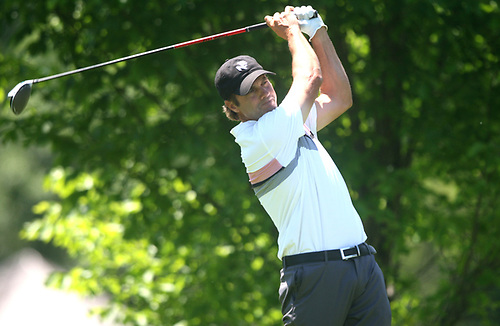 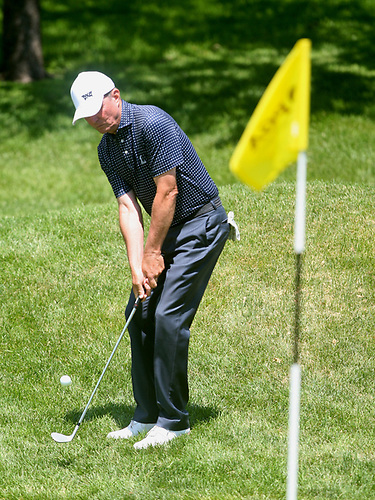 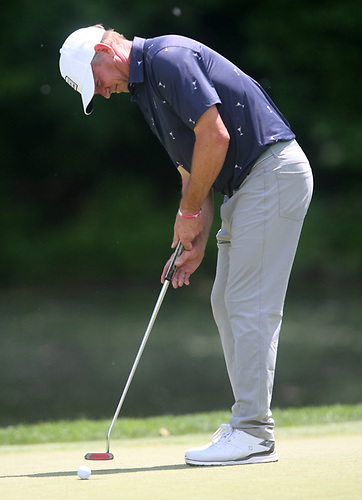 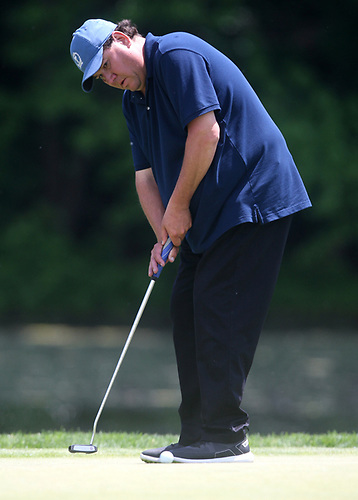 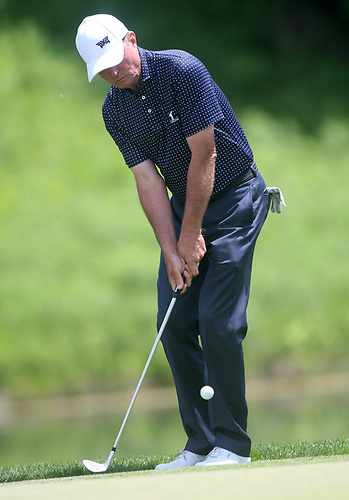 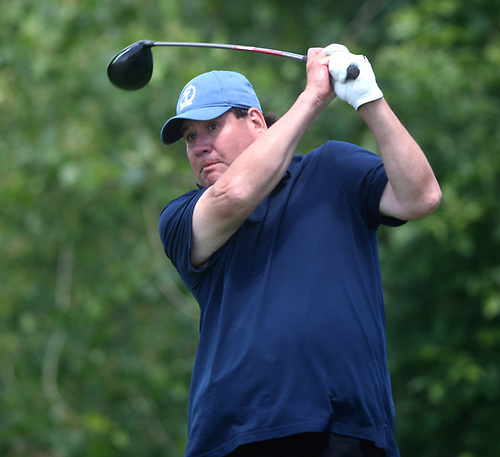 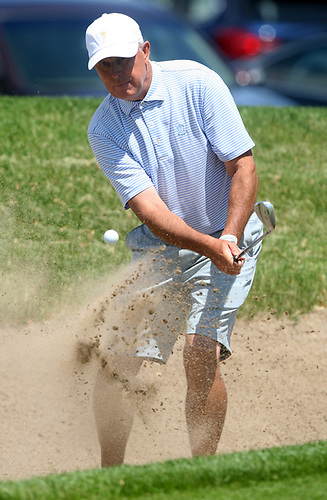 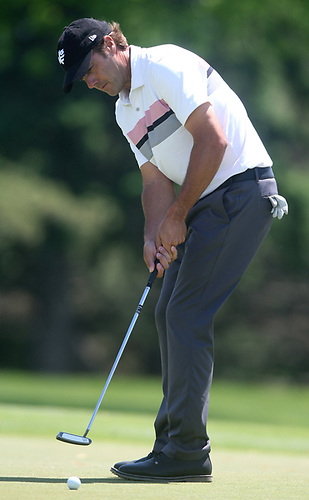 
MAPLEWOOD, Minn. – Entering Wednesday’s final round of the Minnesota Senior Open four shots off the lead, newly turned professional Mario Tiziani had plenty of work ahead of him.

The 50-year-old former University of Wisconsin golfer scattered three birdies over his front nine to climb into contention, but played his final nine holes in 4-under, including back-to-back birdies late in the round, to come from behind and claim a four-stroke victory with his final-round 66.

“I wanted to stay aggressive today,” said Tiziani, who posted a 1-under 71 to begin the championship Tuesday. “It’s a course that if you drive it well, you can get some offense going. I didn’t do that well yesterday and I tried to stick with it today.

“Winning is hard anywhere. I didn’t play in my 40s, so it’s nice to come out and show that I’ve got something. This gives me a ton of confidence and makes me want to compete. I’ll compete at the senior level, amateur level, it doesn’t matter. I feel like good golf translates. I just want to compete and this is a good start.”

Starting the scoring early with a 12-footer for birdie at the first, Tiziani quickly climbed the leaderboard following his 15-foot downhill putt at the fifth to get to 3-under for the tournament and keep pace with the leaders.

Tiziani converted a short birdie chance at the seventh, but would finish his front nine with a bogey at the ninth to turn at 3-under, still four shots off the lead.

“I was bummed about the bogey [at No. 9] because I didn’t feel like I had a lot to give back,” Tiziani said. “From there I had a goal of making a birdie every three holes.”

“I looked and all of the sudden I was tied when I hit the green on 15,” Tiziani said. “It happened quick, but I had to stay aggressive. That was my game plan.

“I was nervous for sure, but the way I handled myself was nice and I made some really nice putts to keep it together. That’s what I was most pleased with.”

A par at the last gave Tiziani a four-stroke victory over amateur Joel B. Johnson, shooting a final-round 66 to post 7-under 137.

Tiziani earned Big Ten Freshman of the Year honors in 1989, and was a member of the first Badgers team in school history to compete in the NCAA National Championship. He claimed three Madison City championships before capturing the Wisconsin State Open in 2002, which allowed him status on the Canadian Tour. He would win the Northern Ontario Open in 2003.

In 2005 he reached the pinnacle of his 17-year professional career when he qualified for the PGA Tour during his 13th attempt. Making 23 starts, Tiziani made 11 cuts and earned more than $180,000, but was relegated to the Nationwide Tour the following season.

In 2011, Tiziani regained his amateur status, but shelved his clubs.

“Turning 50 and seeing what it takes out there—staying in shape and having the length I do, I felt like I had an advantage,” Tiziani said, who decided to once again join the professional ranks ahead of this week’s championship. “I played for a long time and I had to get away. I think I just found a love for the game again.”

Moving to Minnesota in 1999, Tiziani currently resides in Excelsior, where he’s worked as a sports agent for the past 11 years, representing PGA Tour players such as current U.S. Ryder Cup captain and fellow Wisconsinite Steve Stricker—who also happens to be his brother-in-law.

“He’s one of the guys who’s set the bar out there and seeing how he does things and how I stack up to him is a nice barometer for me.”

Tiziani will play next week at a PGA Tour Champions event in his hometown of Madison.

A second-place finish for Johnson Wednesday earned him low-amateur honors as he continues his successful spring, where he fired an opening-round 70 on his way to a fifth-place finish at the inaugural Twin Cities Open last month. He posted a 2-over 74 at his first attempt at qualifying for the U.S. Senior Open shortly after, and makes his first start in a championship as a senior this week.

“The biggest improvement from the Twin Cities Open was my short-range putting,” Johnson said Wednesday. “That week I probably missed eight putts inside six feet. I made every putt inside six feet this week.”

Johnson carded 2-under Tuesday to begin the tournament and would play his first 11 holes in 2-over during the final round Wednesday before carding three birdies over his final seven holes, including his 30-foot birdie putt at the last to shoot 3-under 141.

“Overall, I played solid from tee-to-green this week,” Johnson said. “Today I was a little sketchy—my ball striking wasn’t quite as good, but I made some big up-and-downs to help out the round.”

Professional Derek Stendahl fired a round of 71 for the second straight day Wednesday to finish in a tie for third with seven-time champion Don Berry and 18-hole leader Russ Simenson at 2-under 142.