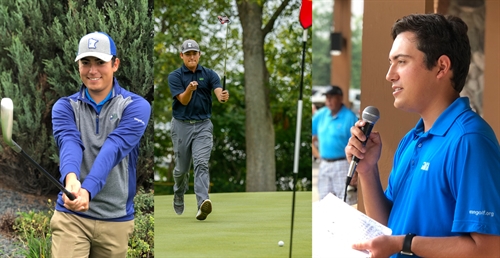 Tone Pulido former Women's/Senior Tour Manager is no longer with the MGA as he has accepted the Tournament Director position with the PGA - Minnesota Section. The MGA is saddened to be losing such a talented individual, but we are happy for Tone and his new opportunity

A little going away note from Tone:

"Thank you for welcoming me into the Senior Tour family over the last few seasons. It has been a pleasure meeting everyone, and while I am saddened to leave, I'm sure I'll see you on the course again. I wish you all the best this season, and as always, may the course be with you...." 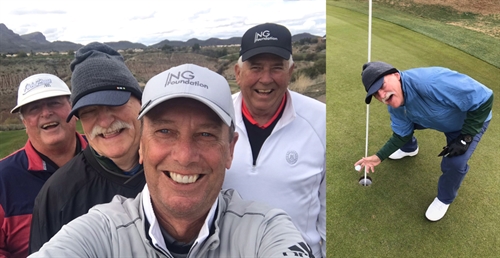 It was an extra special day for Joe Sauer with another HOLE IN ONE on hole 11 from 184 yards out!

Get your membership all set so you'll be all ready for event registration when it begins on March 2 for registered 2020 Senior Tour members. 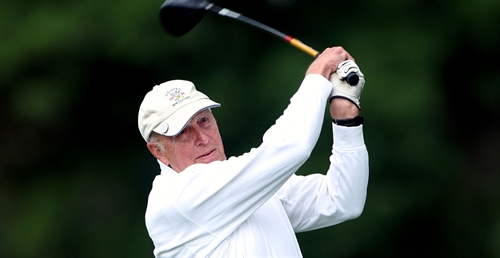 We are sad to announce that longtime Meadowbrook Men's Club member and Senior Tour player, Tom Heinke passed away in December. Tom was a 16 year member of the Senior Tour from 2000 to 2015. He qualified for the Senior Tour Finals as a Super Senior member in 2011 and 2012. 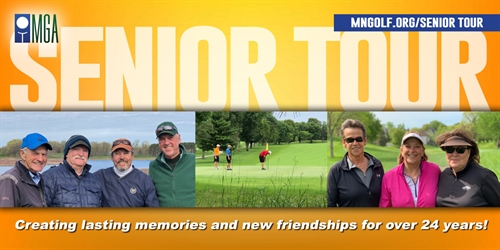 We're excited for another fun Senior Tour season in 2020 which will be our 25th year! We hope you like our line up of courses including our new Metro section which was created by combining our Eastern and Western sections. Now players in the metro area will have more flexibiity in planning their Senior Tour schedules.

Mark Monday, February 3 down on your calendars for the start of 2020 Senior Tour Membership Registration!


Happy Holidays and New Year! We look forward to seeing you all fairly soon! 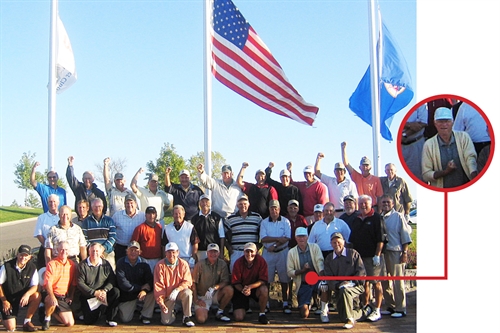 BRAINERD, Minn. – Deadlocked at six points apiece following the opening day of competition at the 2019 Minnesota Golf Association/Wisconsin State Golf Association Senior Tour Cup Matches at The Classic at Madden’s Resort, the MGA rallied during Tuesday’s Singles Matches, winning eight of 10 matches en route to a 20-16 victory for its first title in three years at the event.

The WSGA has claimed each of the first two contests, winning the rain-shortened event 19-17 last year at Wild Rock Golf Club in Wisconsin Dells, Wis.

The MGA/WSGA Cup Matches is comprised of the MGA Senior Tour and the WSGA Senior Tour, with each team of 24 players facing off in 18 holes of concurrent singles matches and 18 holes of four-ball matches.

The top six players in Senior Net, Senior Gross, Master Net and Master Gross from each of the four sections (North, East, South and West) are invited to represent the MGA at the cup matches.

Opening the championship with wins for the MGA during Monday’s Gross Four-Ball matches were the team of John Mozina and Dana Flinck and the pairing of Tom Peterka and Tryg Pederson, while the twosome of 1999 Minnesota Senior Public Links champion and 2009 MGA Senior Men’s Player of the Year Gary Johnson and former Moorhead State College golfer Joseph Sauer paced the MGA to a 4-2 lead following the first session.

The WSGA responded by winning four of six matches during Monday’s Net Four-Ball matches to even the point total at six after the first day of competition. Minnesota’s Phil Link and Brian Patterson earned a victory, 6 and 5, while Dale Brainard and Bob Jamison won their match, 2 and 1, to help the MGA remain tied with Wisconsin at six points each.

The MGA pulled away by winning eight of 10 matches during Tuesday’s Gross singles matches, increasing its lead to 14.5-9.5. Paul Commers and 2016 Senior Public Links champion Scott Hogan earned the largest margins of victory as each claimed a win by a tally of 4 and 3.

During the Net individual matches, the MGA got another victory from Patterson, while Pete Hoover and Keith Meyer both notched victories to move the MGA closer to its first victory before Edward Braun’s 3 and 2 victory over Wisconsin’s Dan Rajek clinched the championship, giving the MGA a total of 18.5 points.

The MGA closed out the tournament with a win from Victor Thalacker and a halve by Jamison to put the final tally at 20-16, giving the MGA its first victory at the event.

The 2020 championship will head east across the border at a date and location yet to be determined.

All Square After Day 1 of the 2019 MGA-WSGA Senior Tour Cup Matches!

At the end of the first round, four-ball matches the MGA team stands at 6 points as does the WSGA team. Singles matches just started this morning at 9:00 am.

Follow the live scoring on the mngolf.org homepage (click on the MGA - WSGA Senior Tour Cup Match Link to expand the scoring in the middle of the page) or click here for the event homepage (live results are at the bottom of the page).

NORTH OAKS - Eighty-four golfers competed in the Finals hosted by North Oaks Golf Club on Monday, September 30. All of the players qualified with their exceptional overall play in the Senior Tour this year. The rain cleared just in time at the start of the shotgun and was followed by a luncheon celebrating the finalists and recognizing retiring Senior Tour Site Captains, Tom Karner (Eastern) and Charlie Patnode (Western/Super Senior). Their tremendous work over the years has helped make this Senior Tour program what it is today. No words can express how much we have appreciated all they have done.
David Kokesh, Scott Hogan and Michael Toninato led the way with their gross scores in the Finals each shooting rounds of 71 for 36 total stableford points. David came out on top though in a scorecard playoff shooting a better back nine. Donnel Topness had the overall best net score with a stableford point total of 44. 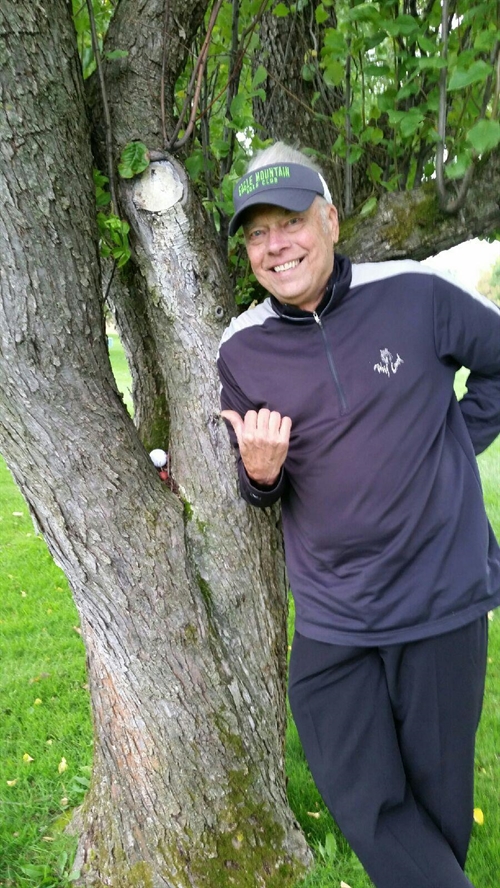 Well, this happened at our All Section event at Stillwater last week!
Bob Thompson looks like he was able to appreciate it though! It is highly likely that Rule 19 came into play.
Rule 19 - Unplayable Ball

Congratulations to our 2019 Senior Tour Finals and MGA-WSGA Cup Match Qualifiers & Alternates! See links below for complete lists and each event's homepage that you can visit to see complete results when they happen later this month.

Room in the Senior Tour
If you are not a Senior Tour member and have interest just let us know.
New players can join at any time during the season.
Contact the Senior Tour department at seniortour@mngolf.org
or 952-345-3978