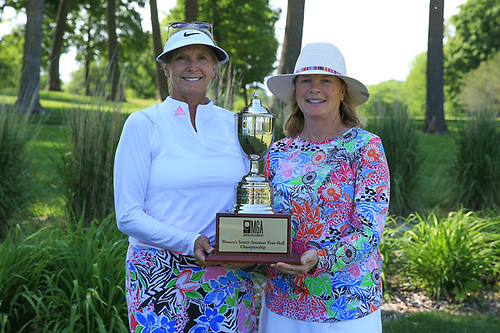 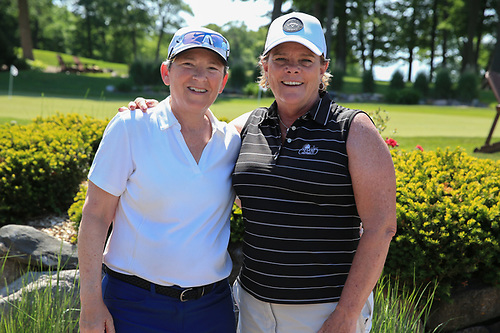 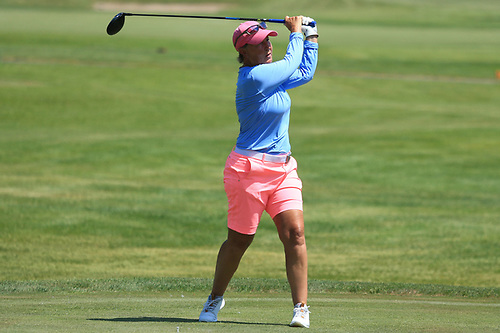 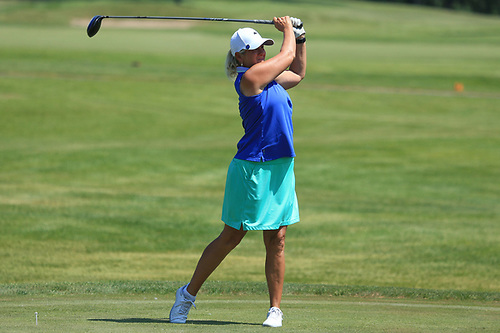 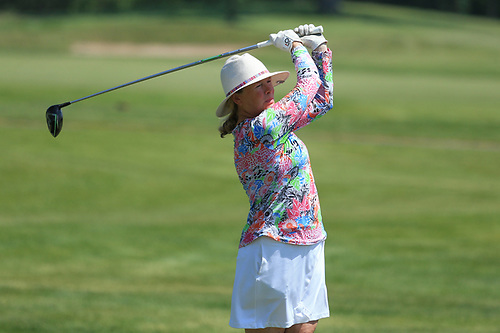 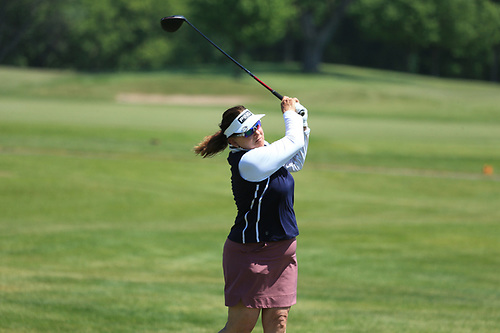 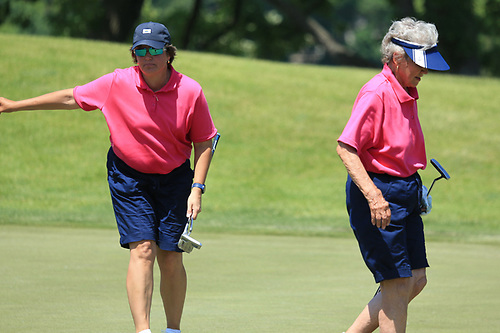 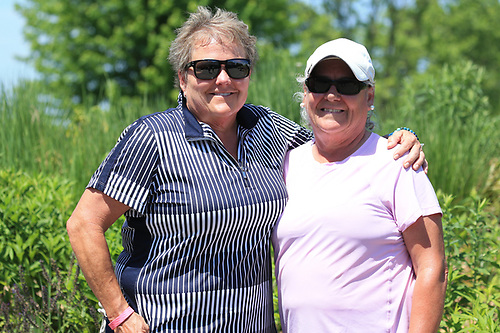 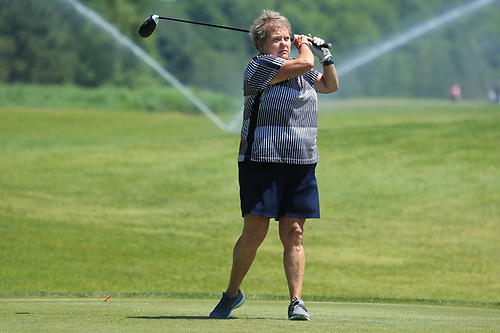 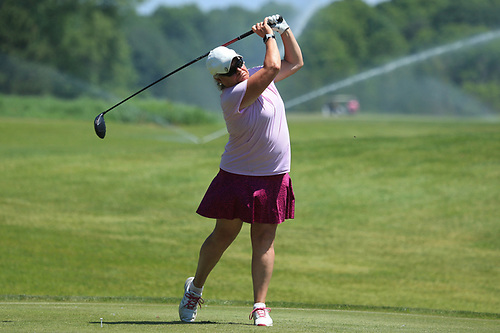 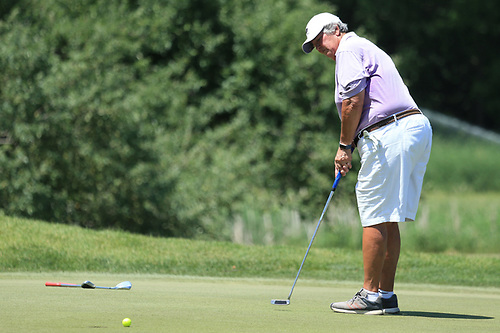 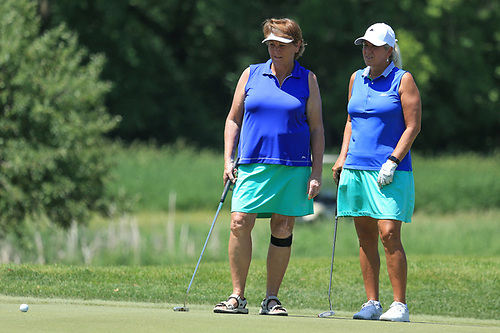 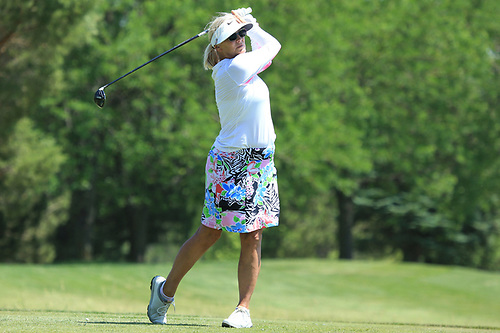 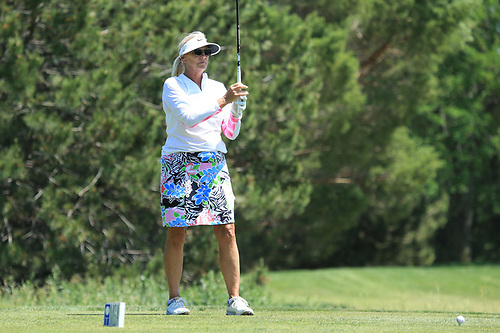 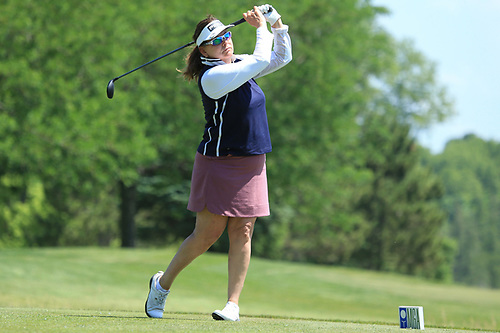 
MINNETRISTA, Minn. – Reunited after a two-year hiatus, four-time champions Lynn Anderson and Leigh Klasse combined for a 2-under 70 Monday at Burl Oaks Golf Club to take a one-stroke lead following the opening round of the 2021 Minnesota Golf Association Women’s Senior Amateur Four-Ball Championship.

Anderson and Klasse will enter Tuesday’s final round with a slim advantage over the defending champion twosome of Barbara Miller and reigning MGA Senior Women’s Player of the Year Betsy Aldrich.

“The dynamic duo is back,” Klasse laughed Monday. “We fell right back into a groove together like no time had passed. I think we did a really good job of staying in the hole. The one hole we bogeyed, I screwed up my third shot and [Anderson] three-putted.”

Anderson and Klasse first paired up at the championship in 2015 and would win the next four championships before injuries forced Anderson to miss playing time in 2019 and 2020. Klasse would partner with Barbara Miller to win the 2019 championship at Burl Oaks for her seventh tournament victory, but missed a majority of the 2020 with injuries of her own.

“I had [hip replacement] surgery last year at the end of July, so I was not playing. I played the [MGA Women’s Senior Match Play Championship] last year and that was it, but I’m getting better every day.”

“For me it’s getting back into competition,” said Anderson, who has battled frozen shoulders each of the past two seasons. “I don’t know my yardage. We used to club off each other, but I’m hitting shorter or I don’t know where it’s going. My game is unpredictable, so it’s fun to get back into it.”

Beginning their opening round on the second hole during Monday’s shotgun start, Anderson started the scoring by sticking her approach inside of five feet at the second, rolling in her birdie chance to quickly move into red figures.

A bogey at the par-5 12th put the twosome back to even for the day, but Klasse answered by sinking her birdie opportunity from 10 feet at the 13th. Nearly holing out for eagle at the par-4 16th, Klasse tapped in for birdie to help put her and Anderson into the clubhouse lead with an opening-round 70.

“I felt like there were a few birdie putts we had that we should’ve made,” Klasse said Monday. “There are some more birdies out there and I’d like to be a few shots better tomorrow.”

Aldrich and Miller, who claimed last year’s championship following a four-hole playoff at Forest Hills Golf Club, played a bogey-free opening nine Monday, carding a birdie at the par-5 fifth to move to 1-under for the championship. Peterson converted her birdie chance to begin the back nine at 2-under, but the two stumbled at the 11th, giving back a stroke with a bogey.

Aldrich countered by sinking her birdie chance at the 12th, but the two would post a late bogey Monday to card a 1-under 71 to finish the first day of competition one shot back of the leaders.

Claudia Pilot and Brenda Williams, three-time winners at the event, posted an even par 72 Monday and will begin Tuesday’s final round two shots off the lead.

Carey Dubbs and Clare Pobanz combined for an ever par 72 Monday, taking a sizable five-stroke lead in the First Flight, while the team of Colleen Boerboom and Joan Frie carded an 8-over 80 to finish the opening round in a tie for the lead with Barb Johnson and Lee Ann Townsend.

Cara Mia Antonello and Shawna Johnson jumped out to the early lead in the Third Flight by posting a 6-over 78 and the pairing of Terri Knutson and Julie Whittaker posted a 12-over 84 to take a slim, one-stroke lead to Tuesday’s final round of the Fourth Flight.

Terry Fraser and Pauline Whelan combined to shoot a 20-over 92 in the Fifth Flight Monday and will begin Tuesday’s final round in a share of the lead with Jean Buller and Katie Deeg.

Tee times for the final round of the 2021 MGA Women’s Senior Amateur Four-Ball Championship begin at 8 a.m. Tuesday at Burl Oaks Golf Club.