Mullen Is Medalist in U.S. Amateur Qualifying; Herron Makes It for the 4th Generation in a Row 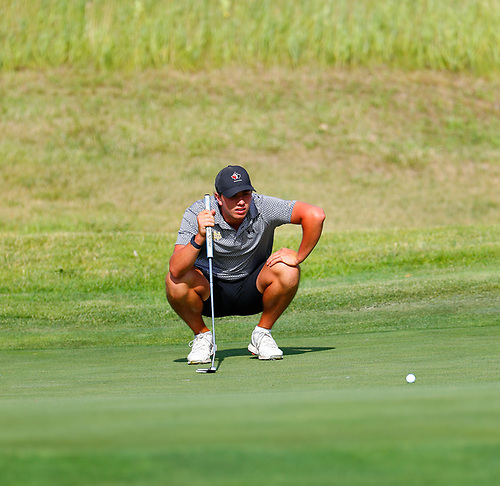 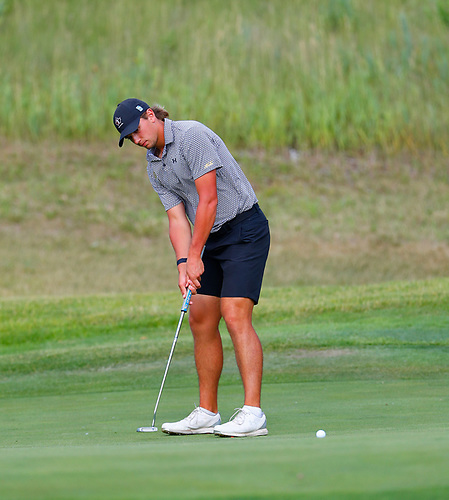 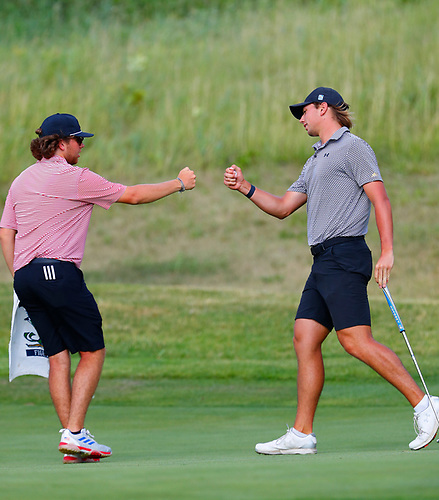 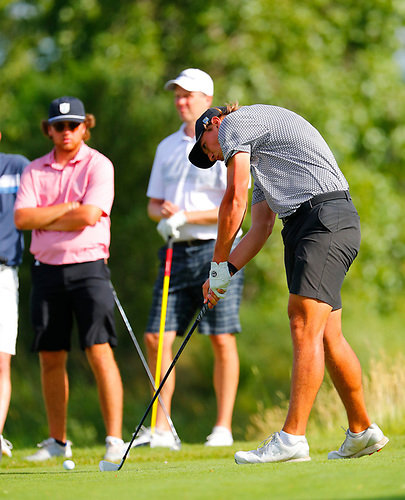 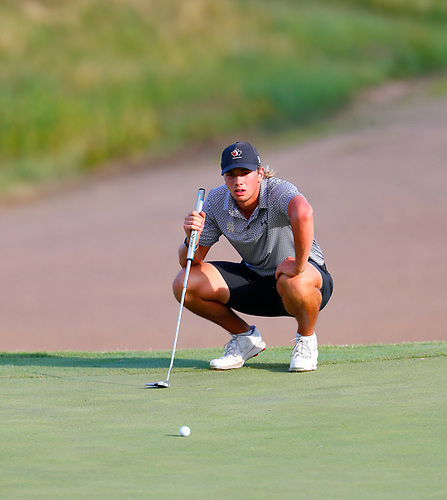 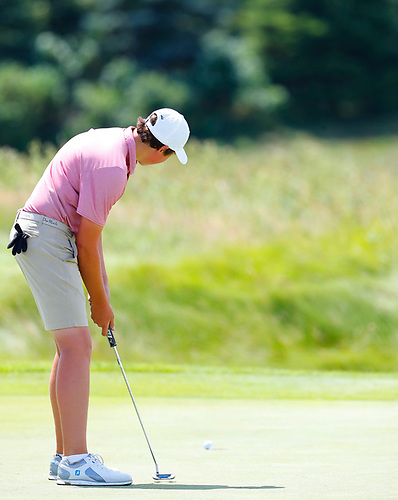 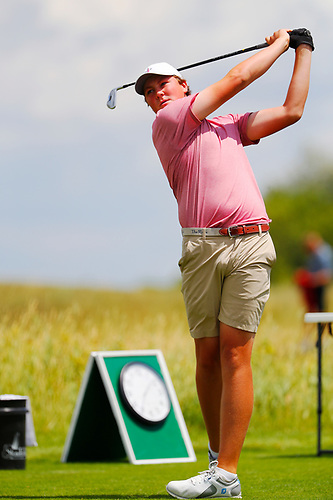 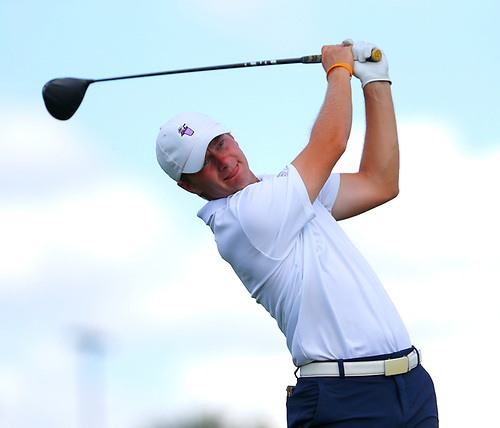 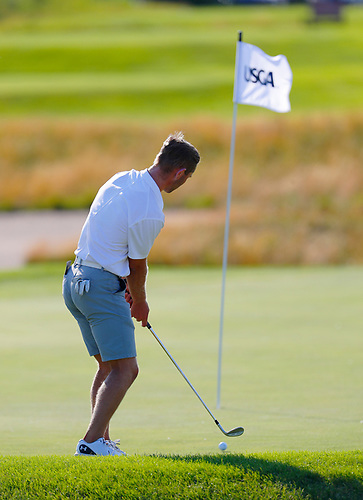 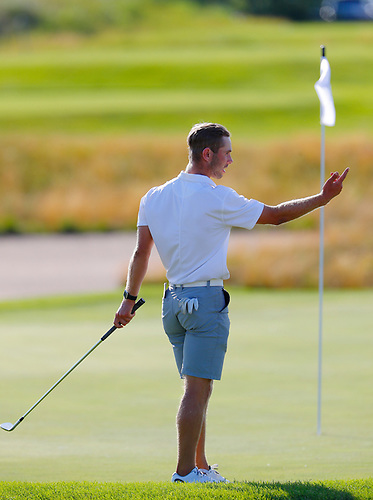 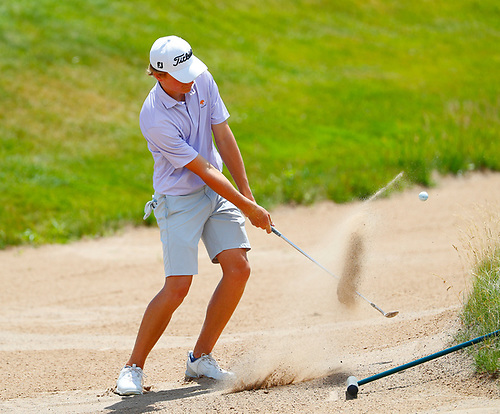 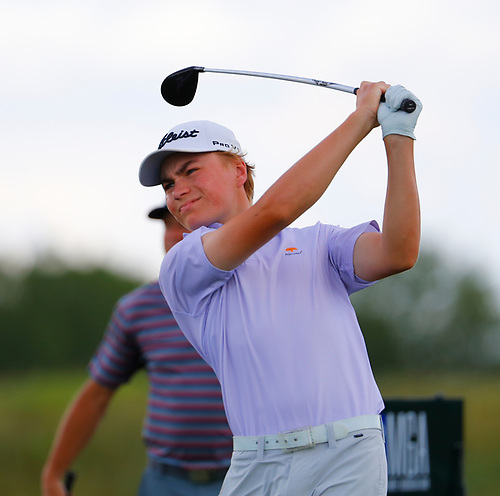 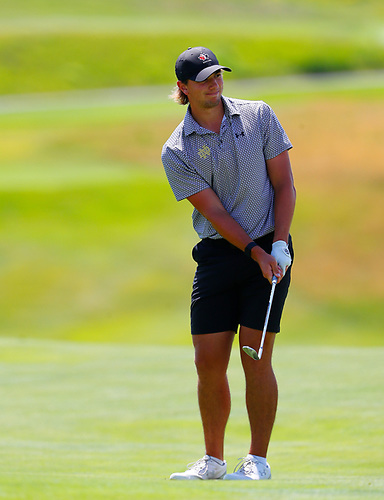 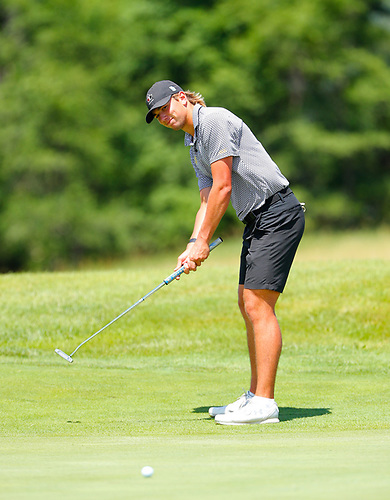 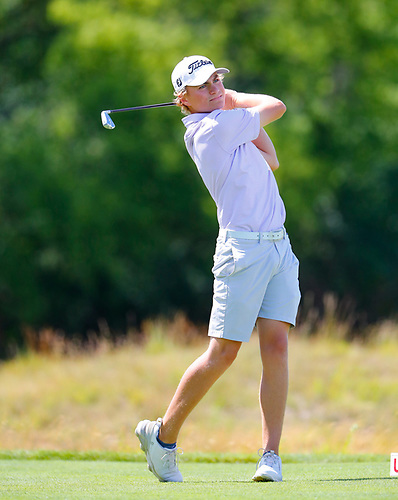 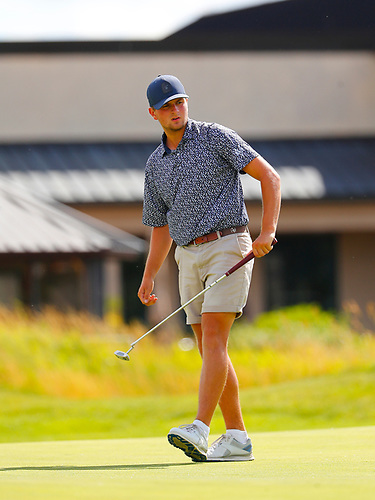 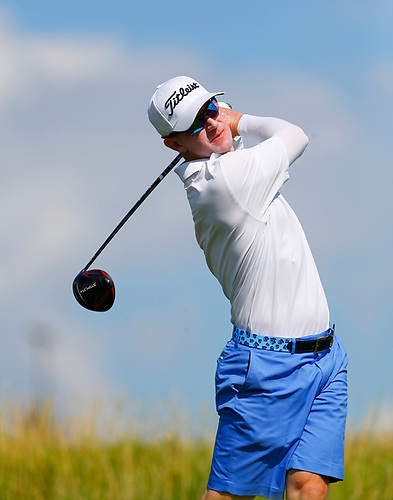 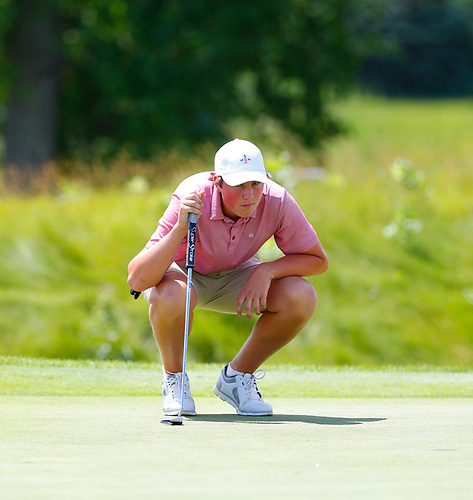 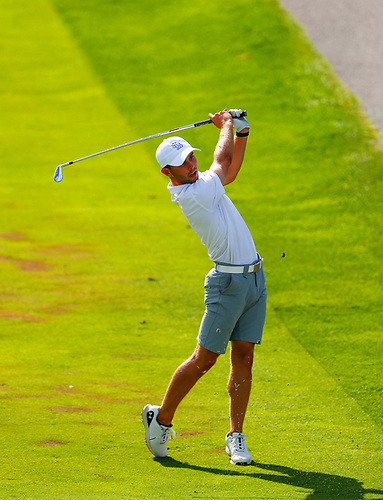 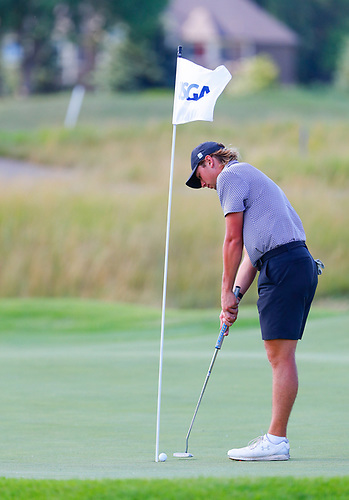 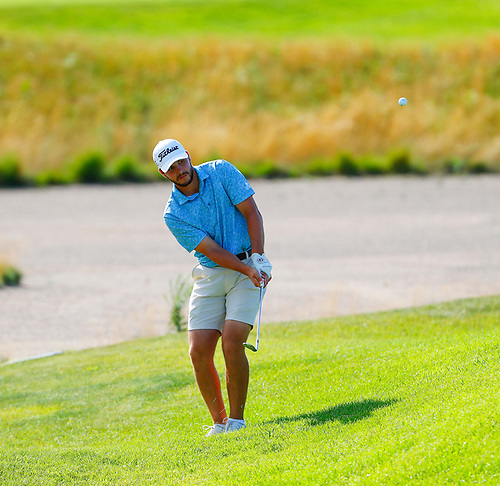 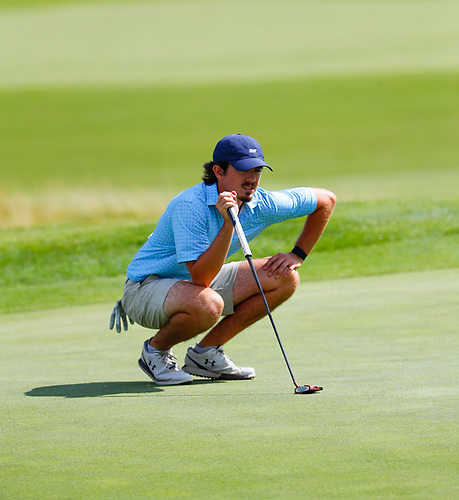 "So I'm used to playing in the wind," he noted Monday, after claiming medalist honors in the U.S. Amateur Qualifying on the wind-whipped course at StoneRidge Golf Club.

The 6-foot-4-inch long-hitting Canadian, who will be a sophomore at Notre Dame this fall, shot a 3-under-par 69 in the morning, when the conditions were relatively benign, meaning the wind was only in the 10- to 15-miles-per-hour range. He was one of 10 players who were under par when the second round began.

That was when the going got even tougher, as the wind increased to something more like 20 to 25 miles per hour. But Mullen made three birdies on the front nine, to offset two bogeys, and he separated himself from the other contenders by reaching the green at the 511-yard, par-5 11th hole with a wedge second shot and draining the putt for an eagle. He bogeyed the 469-yard, par-4 18th, but by then it didn't really matter. His second-round 70 was one of only three sub-par rounds in the afternoon, and the resulting 36-hole total of 139 brought him in two strokes ahead of Carson Herron, who earned the other available berth in this year's U.S. Am, which will be played Aug. 15-21 at The Ridgewood Country Club in Paramus, New Jersey.

"It was a long day," Mullen said. "Playing in that kind of wind wears you down, especially on a 36-hole day. It's hard physically and psychologically, and you really have to focus, and concentrate on hitting the ball solidly every time. If you don't, the wind will just eat it up, and the ball could go anywhere. And club selection was really hard, especially this afternoon. The wind hurts you more when you're into it than it helps when it's at your back. It was as much as three clubs against the wind at times today, and two clubs with the wind. There was just a lot of uncertainty, and that made it hard to commit to a shot."

Mullen came all the way from Nova Scotia to Minnesota mainly because he went to high school at Faribault Shattuck, and therefore "knew people here and had a place to stay."

Herron is from Deephaven, which is a long way from Nova Scotia, but there are a lot of similarities between him and Mullen. Like Mullen, the 6-3 Herron hits his driver 300 yards plus, and he's used to the wind, after completing his freshman year at the University of New Mexico, and playing on the wind-swept courses of Albequerque.

Herron started his round on Monday by making 10 consecutive pars, and he took advantage of his length by hitting an 8-iron second shot onto the green at the 11th hole and two-putting for the first of his four birdies on the back nine. The last of them came at the 556-yard, par-5 17th, where his second shot ended up within a few feet of the green. He got up and down from there, then parred the 18th for a 69.

And in doing that, Herron extended his family's remarkable streak of playing in U.S. Amateur tournaments -- it's now four generations and counting!

It started with his great grandfather, Carson Lee Herron, who in addition to winning the Minnesota State Open (1932), and winning state amateur championships in both Iowa (1927) and Minnesota (1933), qualified for the U.S. Open and U.S. Amateur in 1934. He made the Amateur again in 1938. Carson D. Herron, the grandfather, played in the U.S. Open in 1963 and the Amateur in 1969. The best known of the Herrons is Carson's father, Tim Herron, a winner of four PGA Tour events and more than $19 million on the PGA Tour. He's been to the U.S. Open 11 times. He also played in the 1993 U.S. Amateur and played for the U.S. side in the '93 Walker Cup Matches. But his most noteworthy appearance in the Amateur came in his first appearance there, in 1992. In the second round of match play that year, he drilled the then-two-time U.S. Junior champion, Tiger Woods, 6&4.

"I didn't really know about that," the young Carson Herron said. "But I just talked to my dad, and he told me about the four generations. It's pretty cool."

And what about the other streak -- three generations of Herrons having played in the U.S. Open?

"I'll worry about that later," he said.

Finishing one behind Herron on Monday was Cecil Belisle, the 2021 Minnesota State Open champion. He opened with a 74, but played his best when the conditions were the most difficult, birdying three of the last 13 holes (No. 15 through No. 9) in 4 under par. That gave him the low round of the day, a 68, and he wound up at 142. So he is the first alternate.

Belisle is a former state high school champion. He won the 2019 Class AA title as a senior at  Red Wing. The AAA winner that year was Stillwater senior Brock Winter, and he came out of Monday's qualifier as the second alternate, having shot 73-70--143.

It was another three shots back to fifth place, but there were five players tied at 146 -- 2014 State Am champ Jesse Bull, Nate Adams, his former high school teammate at Maple Grove, Joshua Galvin, Muzzy Donohue and Parker Sands.