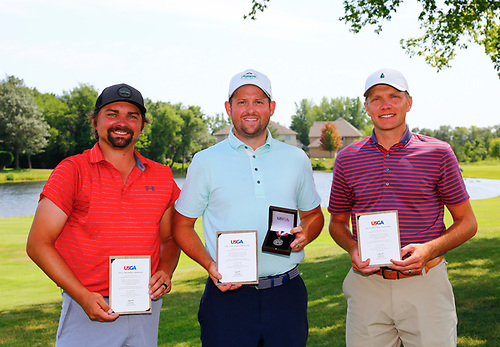 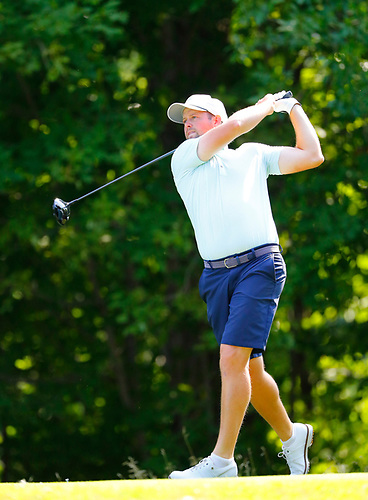 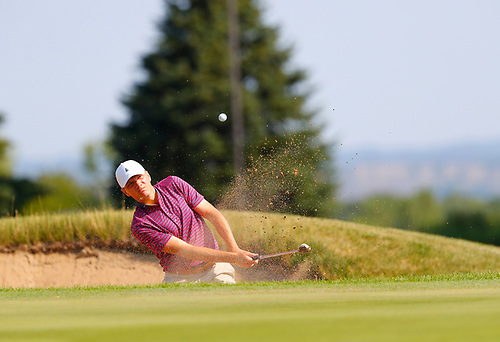 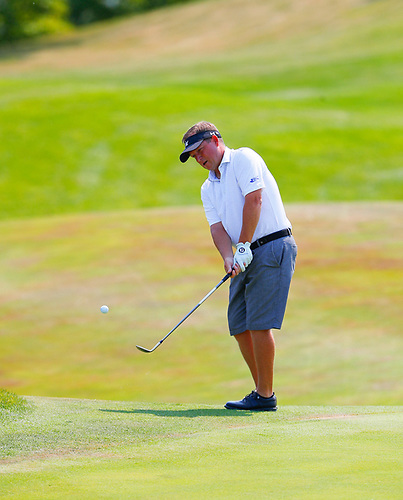 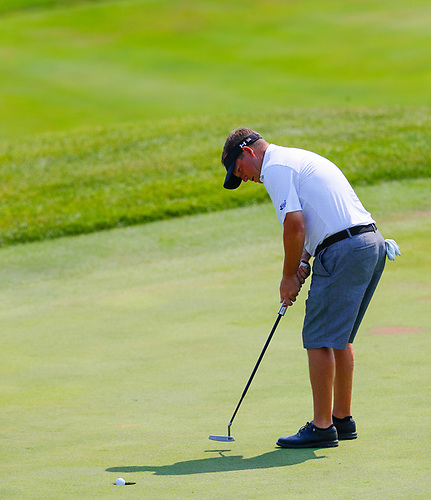 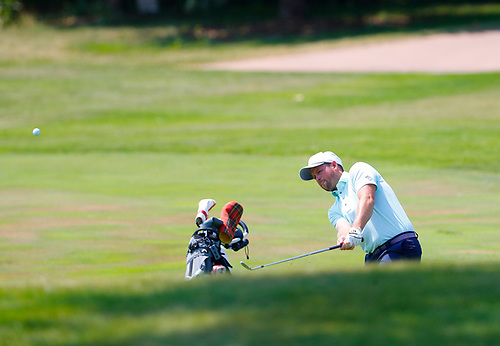 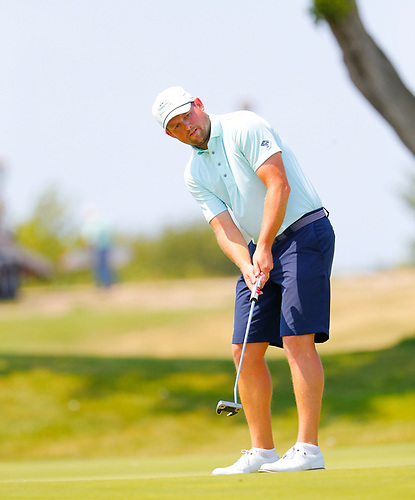 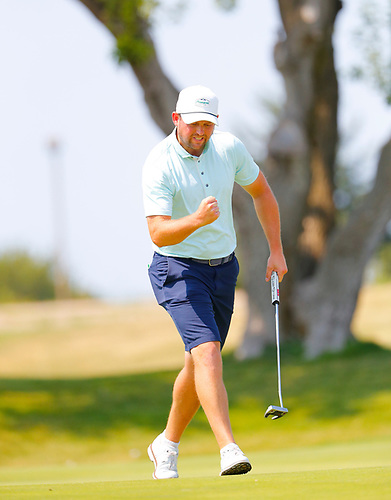 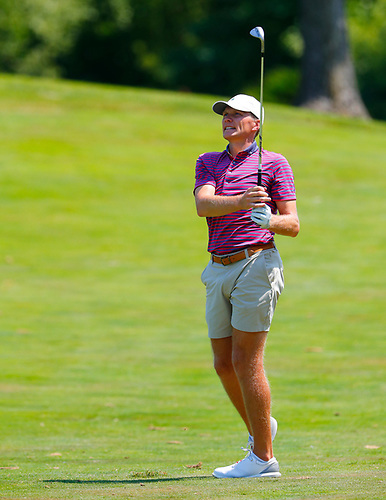 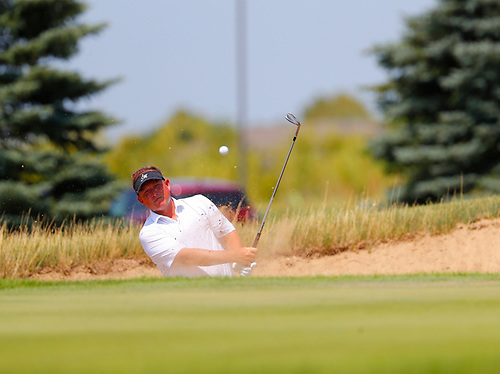 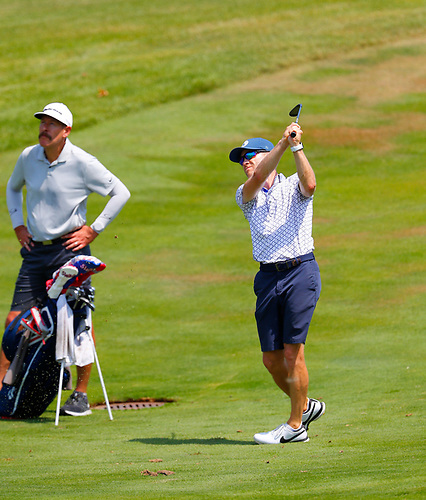 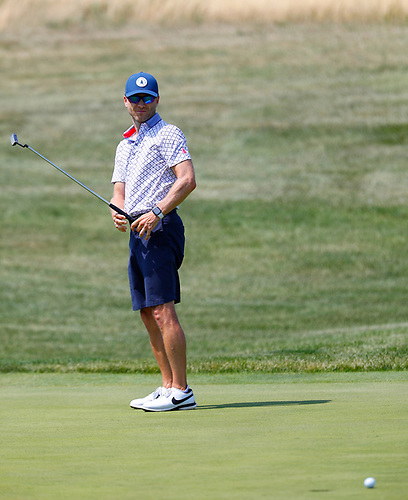 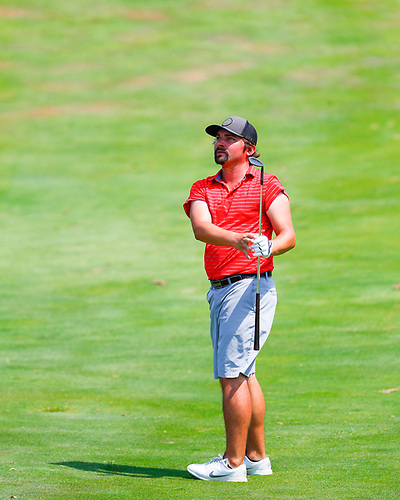 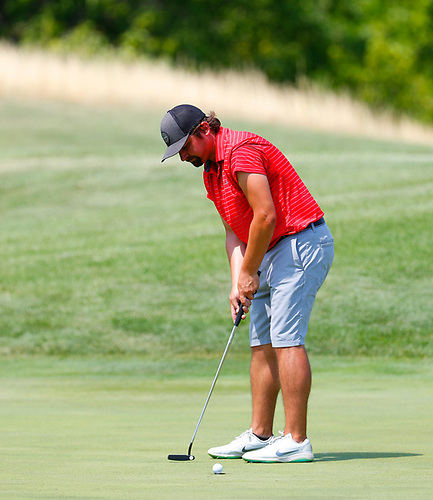 PRIOR LAKE, Minn. – Turning 29-years-old wasn’t the only reason Max Tylke had to celebrate Tuesday. The former Minnesota Golf Association Players’ champion also carded a 3-under par 69 at The Wilds Golf Club to earn a spot in his first U.S. Mid-Amateur Championship.

Tylke bounced back from an early bogey to earn a three-way share of medalist honors with Robert Newbold and 2022 MGA Mid-Players’ champion Bryce Hanstad as the three will travel to Erin, Wis., for the national championship, set to be played Sept. 10-15 at Erin Hills.

“I’m stoked [for Erin Hills],” Tylke said Tuesday. “They say you’re not supposed to look ahead, but that gave me more motivation than anything. I was excited to see that, and I really wanted to go.

“The expectation today was to keep it red on each side. I had to hold on at the end, but I played exactly how you want to. I can’t complain—it’s not easy.”

Starting his round on the 10th tee Tuesday, Tylke began with a bogey at the 11th, but would quickly rebound by hitting a 5-wood to 15 feet at the 12th, where he would convert his eagle putt to quickly move into red figures.

“The start was rough—I missed a short one on one and a short one on two,” Tylke said. “Making [eagle] jolted the round today. I started making a lot more mid-range putts and kept giving myself chances.”

Tylke, who now lives in Lakeville, Minn., sank a pair of birdies inside of 12 feet at the first and fifth holes to reach 5-under for the round, but would stumble late in the round with back-to-back bogeys at the seventh and eighth.

“Unfortunately, it was a tale of the closer I put my approaches, the harder they were to make,” he said. “The wind started blowing and probably got in my head more than anything. I missed a few things in the wrong spots.

“Nothing has really been clicking [this year], and finally the eagle early today gave me a shot and just enough to get through the stretch I needed,” Tylke said.

A par at the last would give Tylke a share of medalist honors with a 3-under 69.

A winner of eight state titles, including his win at last year’s Players’ Championship on a broken knee, Tylke said for the first time in over a year, he’s finally pain-free.

“The body is healthy finally,” he said. “It’s nice to walk and nice to be put together. Growing up is hard.”

Continuing his strong play this season after his win over Ryan Conn at the MGA Mid-Players’ Championship at The Royal Club in June, Hanstad earns a trip to his first USGA championship since 2018.

“Any time you can get into a USGA event—the tournaments they put on at the courses they have is always a treat,” he said. “After playing in Charlotte in 2018, this one has always been circled on the calendar to try and get back.

“It was a grind today. I hit it really well—I was a little tentative on putting, but for the most part, I was able to strike the ball around enough to be successful,” Hanstad said after his round Tuesday. “I set myself up and hit the ball well off the tee."

Sinking his birdie chance from 10 feet at his first, Hanstad got off to a hot start on a sweltering and breezy day before carding bogey at his fifth put him back at even par.

The 2007 MGA Amateur champion then drove the green at his seventh and dropped his eagle chance to move 2-under, but would give back a stroke at his ninth to turn in 1-under.

The 35-year-old Edina, Minn., resident cruised over his final nine holes, carding birdies at his 11th and 16th holes to join Tylke and Newbold at 3-under 69.

“It was pretty stress-free for the most part. I think I missed one green coming in,” Hanstad. “My game feels like it’s not drastically different than it’s been over the last couple of years. Maybe continued reps and getting more comfortable with a few things I’m working on with my swing coach.”

Newbold, 35, formerly from Indiana, sank his par putt from 20 feet on his final hole to earn a share of medalist honors Tuesday, claiming a spot in his first USGA championship.

“It means so much—I’m looking forward to the experience. When you get to this age, you never know if you’ll get to play in one of those,” Newbold said Tuesday. “That’s always been a goal, to make it to a USGA championship before the kids start getting older and life gets in the way.

“I’ve tried to qualify for a bunch over the last few years, but have never been able to put a round together until today.”

Newbold was off and running with back-to-back birdies from inside of three feet at the fourth and fifth to quickly move to 2-under for his round.

He carded an early bogey to begin his back nine, but answered by converting his short birdie opportunity at the 12th.

Taking advantage of the par-5 17th, Newbold rolled in his final birdie of the day to post a 3-under 69.

“It was a pretty clean card today,” Newbold said. “I kept the ball out of the hazards and in the fairway. Made a couple birdie putts and didn’t get into too much trouble."

Jesse Larson, of Shakopee, Minn., carded a 2-under 70 Tuesday to finish as first alternate, While Troy Johnson, who has made six appearances at the U.S. Mid-Amateur Championship since 2006, posted a 1-under 70 to finish as second alternate.