It's Survival of the Fittest at White Bear Yacht Club, And Brooke Is the Winner 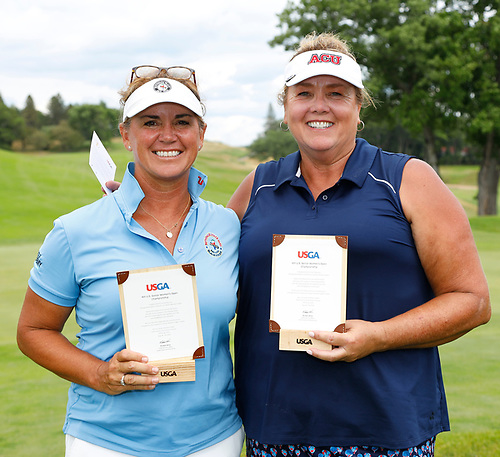 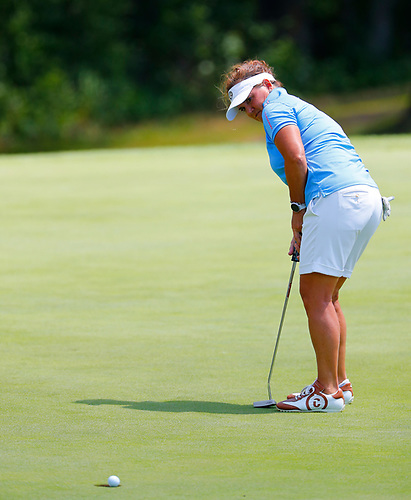 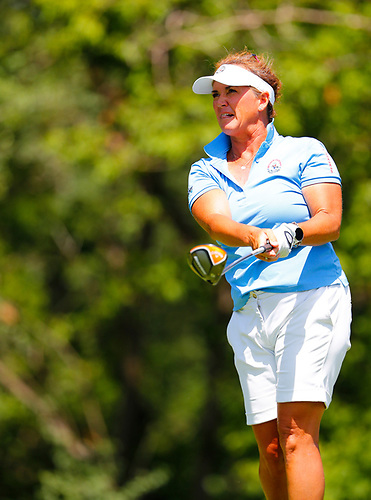 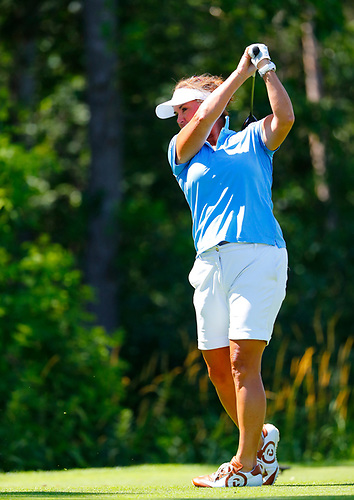 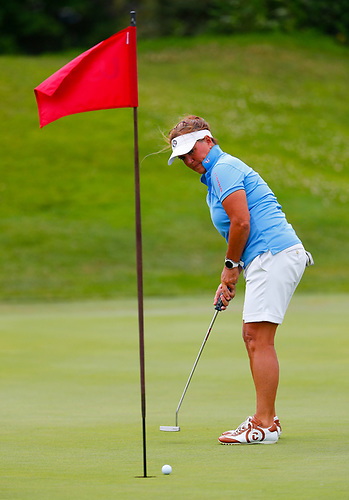 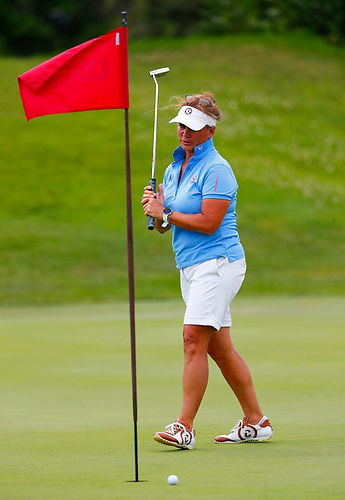 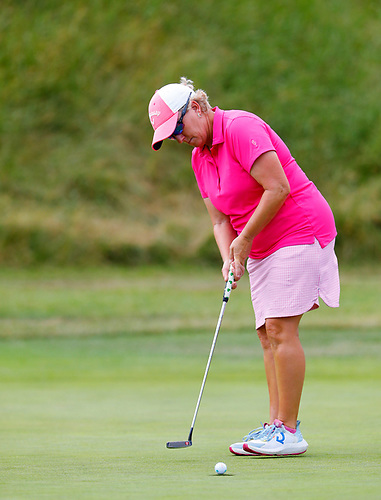 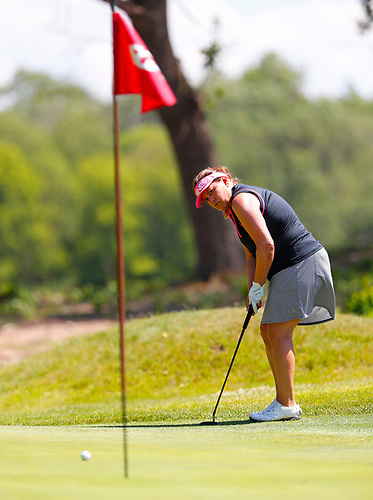 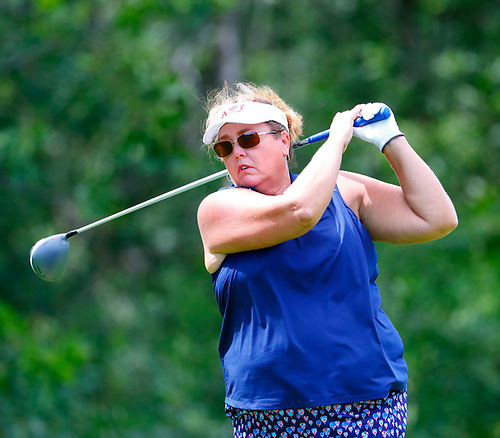 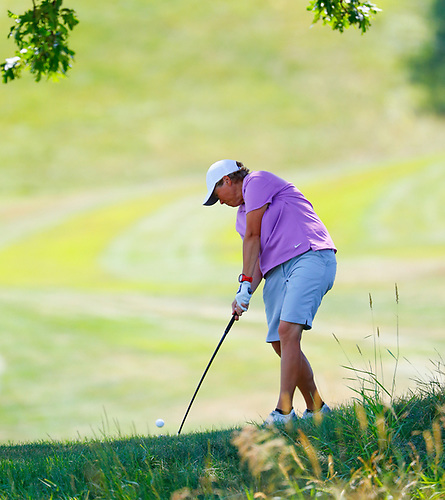 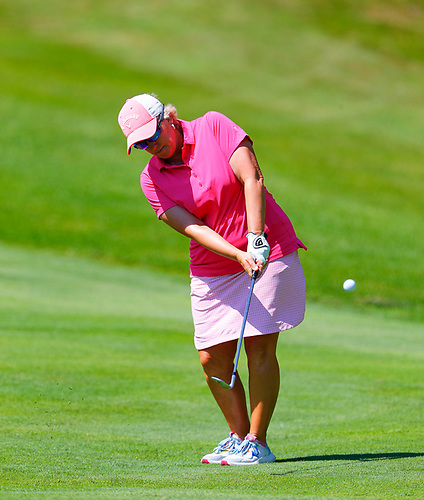 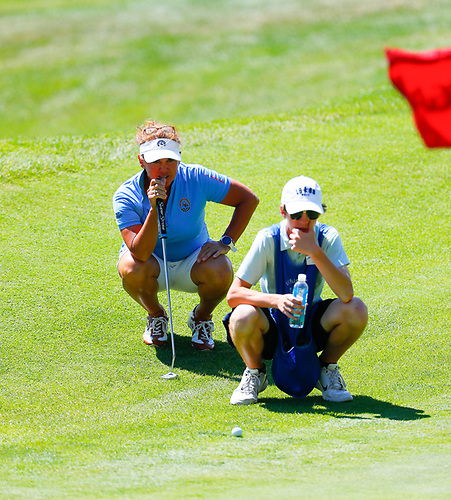 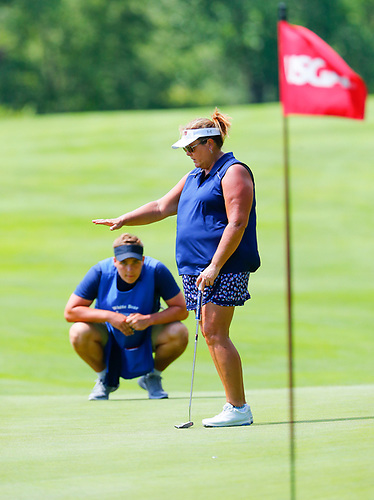 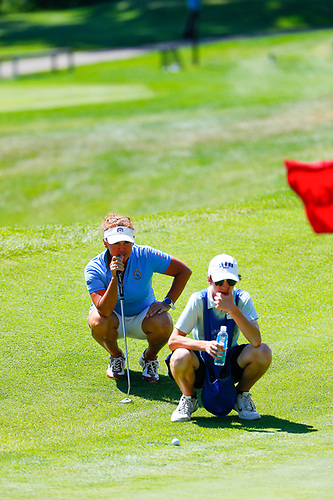 WHITE BEAR LAKE -- In a golf season that has seen Minnesota doing its best impression of West Texas, wind velocities in double digits have become a constant, and the conditions on Tuesday at White Bear Yacht Club for the U.S. Senior Women's Open Qualifying fit the pattern.

But there was another factor besides the not-so-gentle breeze -- the wind was blowing at 15 to 20 miles per hour for most of the round --  that was being talked about.

WBYC might be the hilliest course in the Twin Cities, and the Senior Open qualifier was something of an endurance test, which was fine with Kelley Brooke. It was right up her alley. Brooke is the 54-year-old director of golf at Bethpage State Park Golf Course, the New York course that has become a regular site for some of the sport's biggest events, such as the U.S. Open (2002, '09), the PGA Championship (2019) and the Ryder Cup (2025).

She is given a large share of the credit for transforming the massive Bethpage complex (five courses that accomodate 300,000 rounds a year) from "the old -- and a bit ratty -- Bethpage" into a first-rate golf facility that includes a top-shelf pro shop, a state-of-the-art practice facility and is now home to one of the best junior golf programs in the state of New York.

Brooke runs pretty much the whole show, "everything," she says, "except tee times."

In addition to being a golf professional -- she gives an average of 40 lessons a week -- and business woman, however, she is also an endurance athlete who runs marathons and triathalons, and is currently training for a half-tri (1.2-mile swim, 56-mile bike ride and 13.1-mile run, for a total of 70.3 miles).

So the hills at WBYC weren't a problem for her on Tuesday, as she shot a 4-over-par 78 and earned medalist honors.

Kristal Parker, 57, a former LPGA Tour player, finished second with a 79 and claimed the other spot in the '22 Women's Open that was available.  Although she never won in her 12 years on the women's tour, Parker had 11 top-10 finishes, including a seond at the Standard Register PING in 1996, and she made $774,513. She retired from the tour in 2006, got her real estate license and has worked as a realtor in the Phoenix area since then, but she's also the head women's golf coach at Arizona Christian University

The hills weren't the only things that wore the competitors down during the qualifier. WBYC has some of the most challenging greens in Minnesota. In a long-ago ranking, the three consecutive two-tier greens on the 14th, 15th and 16th holes were deemed to be among the 18 toughest greens to putt in Minnesota.

That probably helps to explain why the back nine took more of a toll on the front nine Tuesday, and Parker was no exception. After making a bogey at the 405-yard, par-5 first hole, she parred all eight of the remaining holes on the front side. But she made four bogeys on the back nine (10, 12, 13 and 16), and didn't have any birdies to offset them.

Probably the best example of how confounding the greens could be seen on the scorecard of Jane Noble. Another Arizona resident, Noble's ball was on the green at the 476-yard, par-5 16th hole in three -- but not for long. It slid back down the slope and off the green, and Noble kept hitting chips that weren't quite able to get beyond the slope. She ended up making a 10.

That cost Noble a shot at finishing in the top two. She ended third with an 82. Nevertheless, that was good enough to make her the first alternate. So she still has a chance of getting to Ohio.

The top two finishers from Minnesota were Angie Ause and Adele Peterson. They tied for fourth with 83's. Peterson was the highest finisher among the amateurs trying for the Senior Open, but it was Ause, the director of golf at Oak Marsh and assistant men's and women's golf coach at Macalester, who won the playoff with a par on the second hole. They both parred the first hole.

Brooke averages about 240 yards with her driver, which gave her an advantage on Tuesday. She was hitting wedges to par 4's that other players needed middle irons to reach, and she was also able to hit par 5's in two. That was how she birdied the first hole, hitting the green with a hybrid and two-putting for her 4. She bogeyed the par-4 second (342 yards), but made another two-putt birdie at the 433-yard, par-5 fourth, reaching the green with a hybrid second shot once again and lipping out her eagle putt. She bogeyed the 174-yard, par-3 eighth hole, but was still leading the field when she made the turn at even par.

The only bad patch she had came on the back nine. After suffering her only three-putt of the round at the par-4 12th, which she bogeyed, she tripled the 480-yard, par-5 13th.

"I didn't panic," she said. "I knew that I was still in a good position, and I just needed to keep my focus."

The former Iowa state high school champion and University of Iowa star picked off another birdie at the 423-yard, par-5 15th, but slipped back to plus 4 when she bogeyed the 16th.

"I played 18 holes today," she said after accepting her first-place medal, "but I could easily play another 18. I feel great."

The Senior Women's Open will be played Aug. 25-28 on the South Course at NCR Country Club in Kettering, Ohio.